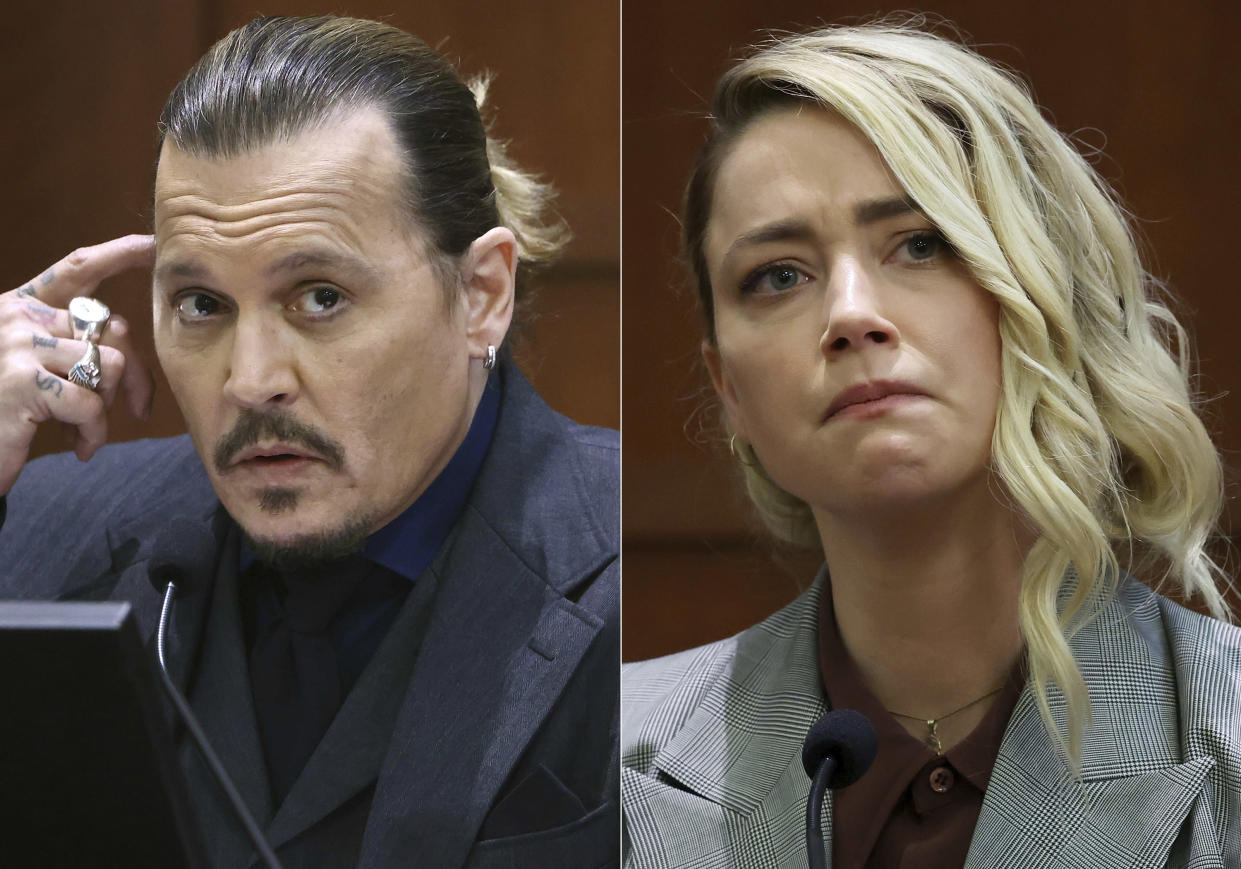 The Johnny Depp and Amber Heard defamation trial could have included even more mud-slinging.

While the exes hurled all sorts of accusations at one another in court, a verdict they are now both appealing, newly unsealed pre-trial court docs show it could have been worse. More than 6,000 pages of pre-trial court documents were unsealed over the weekend and dissected by news outlets, including the Daily Beast and Entertainment Tonight. Among the revelations are that Depp’s legal team wanted in evidence nude photos of Heard and to bring up that she was allegedly briefly an exotic dancer. Heard’s lawyers wanted to include that Depp allegedly took erectile dysfunction medication, arguing it was central to Heard’s sexual assault claims against him. The judge ruled it inadmissible — and that was just the start.

Depp’s team fought efforts to include a portion of his medical records as evidence. Heard’s team tried to submit into evidence a medical list, allegedly stating he took Valtrex, typically used to treat herpes virus infections, and Cialis, which can treat erectile dysfunction and enlarged prostate.

Heard’s team argued that the Pirates of the Caribbean actor’s “erectile dysfunction is relevant to Mr. Depp’s use of a bottle to” sexually assault Heard, which was one of the allegations in the trial. They claimed that the condition “might somehow be a motivation for abuse.” His lawyers argued it was an attempt to embarrass Depp, and accused Heard of trying to create “a circus” and “take this trial down a number of unnecessarily salacious rabbit holes.”

On the other side, Heard’s lawyers fought back against the Depp team’s attempt to submit into evidence “irrelevant personal matters,” including “nude pictures” of the Aquaman actress.

The irrelevant matters also included his team’s claim centered on “Amber’s brief stint as an exotic dancer years before she met Mr. Depp,” per her team, “and Mr. Depp attempting to frivolously and maliciously suggest or imply that Ms. Heard was at one time an escort.”

Heard’s lawyers also claimed Depp’s side was also trying to bring up Amber and her sister Whitney’s past romantic relationships, and use the death of Amber’s friend, which occurred when she was a teenager, against her.

Docs also showed text messages between Depp and his controversial pal Marilyn Manson that his attorney fought to exclude saying they could “smear Mr. Depp under a guilty by association theory.” Manson has been accused of abuse by multiple people, including Evan Rachel Wood. He’s denied the allegations.

A message from Manson to Depp in 2016 allegedly said, “I got an amber 2.0” while another said, “Lindsay just puled [sic] an Amber on me…please delete.” (Manson is married to Lindsay Usich.)

Depp replied, “I been reading A LOT of material on that and sociopathic behavior…it is f***ing real my brother!! My ex-c*** is goddamn TEXTBOOK!!!”

There were also exhibits of texts that Depp’s then-assistant Stephen Deuters allegedly sent to Heard in 2014, including one that said, “I’m sad he does not have a better way to really know the severity of his actions yesterday. Unfortunately for me, I remember them in full, in full detail, everything that happened. He was appalled, when I told him he kicked you, he cried.” Also, a subsequent message from Depp to Heard then said, “Once again, I find myself in a place of shame and regret. Of course I am sorry…I will never do it again…My illness somehow crept up and grabbed me…I feel so bad for letting you down.”

Those texts, which were used in Depp’s 2020 U.K. libel trial, were not admissible in the defamation trial because they were not found on Depp’s iCloud and were deemed “missing.”

The trial — stemming from Heard’s Washington Post op-ed about being a “public figure representing domestic abuse” — was a wild ride with accusations aplenty. Heard accused Depp of physical abuse and sexual assault while he countered the physical abuse claims, saying she was to blame for his severed finger. Then there were accusations like his that she put human feces in their bed after a fight. She blamed their dogs.

On June 1, the jury awarded Depp $10.35 million while Heard, who had countersued him over defamatory comments made by his attorney, was awarded $2 million. Heard appealed the verdict — and Depp has since filed suit.