Ukraine’s resistance forces have pinpointed the Black Sea city as a key battleground in turning the tide of the Russian invasion. The Antonovsky Bridge, a key supply route into the city used by the Russians, was bombed and destroyed by Ukrainian forces last month.

Mr Zelensky himself said Ukrainian forces were advancing “step by step” through the occupied region.

On Monday, Serhiy Khlan, of Kherson’s regional military administration, told Ukrainian television that resistance forces had attacked a Russian storage facility in the Black Sea city of Skadovsk over the weekend.

Mr Khlan said: “Another depot of ammunition and military equipment, which was brought by the enemy from Crimea, was destroyed yesterday on the outskirts of Skadovsk.” 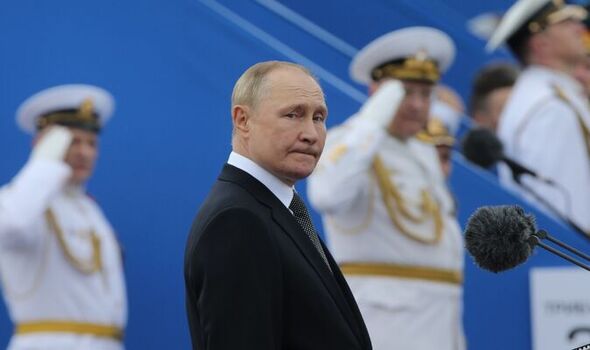 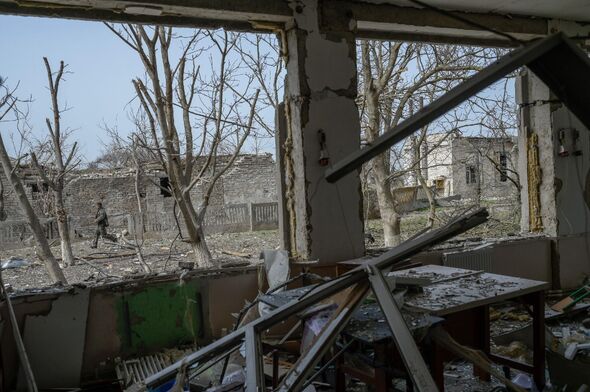 He added: “There was a large amount of fuel and lubricant materials, and engineering equipment, which they are now driving from Crimea to repair the logistics arteries that were damaged by our military forces.”

This comes as Ukrainian official Dmytro Butriy said 46 settlements in the region had been liberated from Russian control.

Mr Butriy said a number of the settlements were “90 percent” razed to the ground, and “practically destroyed”.

He added: “They are still under constant shelling. 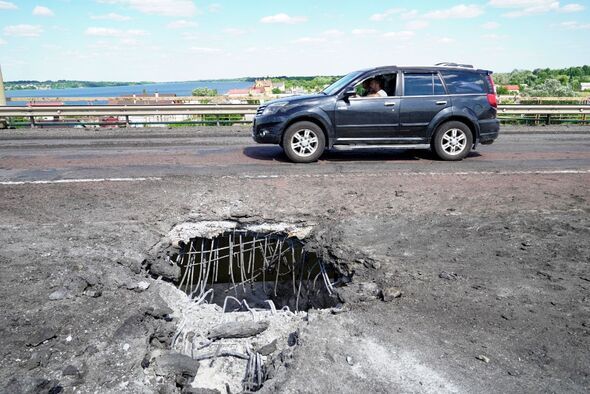 “The lion’s share of the population has left there.

“But people still remain in some settlements.”

Mr Khlan described the scale of the fire that broke out in Skadovsk following the strike, after social media footage thought to be linked to the strike showed a large blaze over the weekend.

Mr Khlan said: “From the evening until the morning there was such a flame, and according to the locals, they had never seen such a flame.” 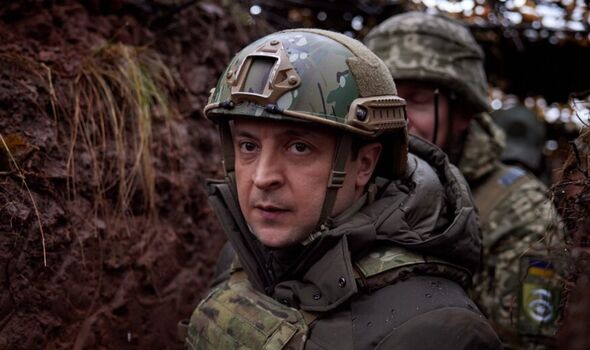 Mr Khlan made special reference to US-supplied HIMARS, or high mobility artillery rocket systems, now up and running in the Kherson Oblast.

He said: “The turning point in the military operations in the Kherson direction took place more than two weeks ago – due to HIMARS, thanks to which we began to knock out depots in the rear positions of the enemy.”

HIMARS have played a prominent role in the battle to retake Kherson.

The city was one of the very first victories for the invading Russian forces back in March.

Mr Khlan has previously committed Ukrainian forces to retaking the southern oblast by the end of the summer.

He said last month a “turning point” had been reached, and the region “will definitely be liberated by September”.

He added: “We see that our armed forces are advancing openly.

“We can say that we are switching from defensive to counter-offensive actions.”