Have Your Say: Truss vs Rishi – who would YOU back as leader 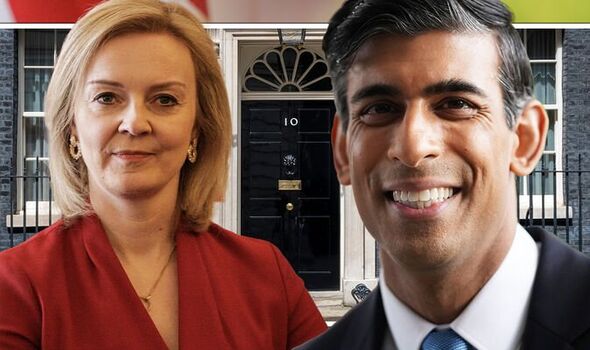 You can add your voice to the tens of thousands of comments posted daily on Express.co.uk and have your say on the big issues facing the country today.

In total, 10 MPs have thrown their hats into the ring to become the next Conservative party leader and Prime Minister of the UK following Boris Johnson’s departure announcement last week.

Former Chancellor Rishi Sunak and Foreign Secretary Liz Truss are two of the biggest names in the running for the top job, both launching their campaigns not long after Mr Johnson closed the book on his troubled premiership.

Ms Truss has turned into an enthusiastic Brexiteer despite campaigning for remain in the 2016 referendum. She has taken a hard line against the EU over Northern Ireland Protocol in recent weeks by proposing legislation to override parts of the Brexit deal.

Mr Sunak gained significant popularity for his pandemic response, enacting furlough schemes that saved many people’s livelihoods in the most significant health crisis of the 21st century. However, he faced scrutiny from the public for his wife’s tax affairs earlier this year.

The former Chancellor is considered the frontrunner to take charge of Number 10, with 41 MPs backing him, in comparison to the Foreign Secretary’s 19.

As voting by Tory MPs gets underway, do you back Liz Truss or Rishi Sunak? Or are you vying to see one of the outsiders get the top spot in Downing Street?

HAVE YOUR SAY RIGHT NOW – JOIN THE EXPRESS READER DEBATE IN OUR COMMENTS SECTION.