Boris Johnson gives final farewell to the nation as PM

The outgoing PM says they must back his successor “wholeheartedly” to stand a chance of winning the next general election. In his farewell message published today by the Sunday Express, he assures his troops that Liz Truss – hot favourite to win the leadership race – is “more than capable” of delivering for the people of Britain.

And he insists the brutal mud-slinging marring the leadership race must stop for the good of party and country.

Mr Johnson urges Tories to pull together in his final article as PM, declaring: “This is the moment for every Conservative to come together and back the new leader wholeheartedly.”

Foreign Secretary Ms Truss is expected to emerge as the new PM on Monday and vows to “hit the ground running”. 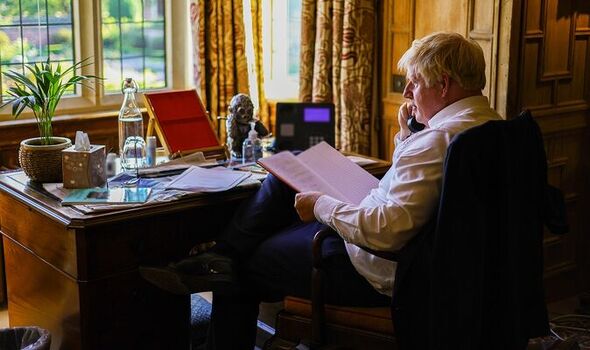 On Monday the great national suspense will be over and the country will finally learn the name of our new prime minister. This is the moment for every Conservative to come together – and back that new leader wholeheartedly.

This is the time to put aside the disagreements of the last few weeks, fascinating though they may have been, and put the national interest first.

As I leave Number Ten after three tough but often exhilarating years I know just how big and demanding this job is. I also know that either candidate is more than capable of delivering for the people of this country.

I know that together we will get through this cost-of-living crisis just as we got through Covid – and never forget how grim things seemed just a couple of years ago. We had thousands dying of a new and scary disease and the economy shocked by the biggest fall in output for 300 years.

Yes, Putin’s energy crisis is tough. Yes, it has been and will be hard this winter, for families whose gas and electricity bills are being forced sky-high by his vicious war in Ukraine.

But if he thinks he can succeed in his economic blackmail, he is fooling himself.

If he thinks he can force us to abandon our support for the Ukrainians and lift the sanctions on Russia, then he woefully underestimates the British people.

If he thinks he can force Britain and the rest of Europe back into some craven dependence on Russian hydrocarbons, he is utterly deluded. We will win in the struggle, just as the Ukrainians will win.

We will come through stronger and more resilient on the other side. I know that both candidates will do even more to help people with the cash they need to pay their bills, in addition to the large sums that are already arriving in the next weeks and months.

Both candidates will find other ways to ease the pressures on families – such as sensible tax cuts.

The Government will get on with the urgent work of reforming the energy market so that we end the insane system whereby the electricity price depends on the gas price – even if the electricity is generated by nuclear or wind. That system originated, you will not be amazed to discover, in an EU directive – and now we can get rid of it.

We will accelerate the use of this country’s own hydrocarbons – with 26 per cent more gas now coming from the North Sea this year than last year.

We are making huge bets on hydrogen, and carbon capture and storage.

Every day we harness for human advantage the great blasts of wind that rage over the North Sea, the Celtic Sea, the seas off Northern Ireland. Every month we are expanding our offshore wind farms so that we are on course to produce 50gw of electricity from wind in just eight years time.

That is an astonishing number – half our daily electricity consumption – and of the gales that naturally roar round our island, we are still using only a tiny fraction of the potential. If anybody is still sceptical about offshore wind, let me remind you that it is currently nine times cheaper than gas. 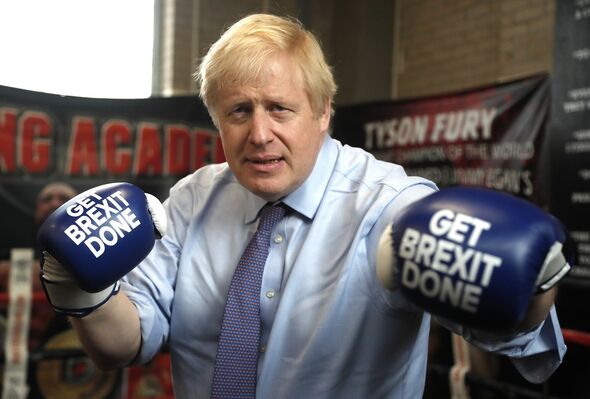 After the 13 wasted years of the Labour Government, we are getting on with our Great British Nuclear programme, building a reactor every year rather than one a decade. Short term, medium term, long term – we are not only going to help people through this energy crisis but we are going to protect our children and grandchildren from all future energy crises by rebuilding the energy independence that this country needs.

If you doubt we can do it, look at what we have already done over the last three years.

On Friday I spoke to my father, who happens to be in Chengdu in China. He has been shut in his hotel room for nine days, with food left outside his room by staff in hazmat suits. They take his temperature with a kind of gun, from three yards away.

Just as he thought he was coming to the end of his Covid quarantine, he has just been told that the whole city of 20 million people is going back into lockdown. When he looks out at the streets of Chengdu, they seem deserted.

I have every sympathy for the Chinese people and their continued struggle against Covid. I mention this only to underscore that in this country – thanks to the heroic efforts of the NHS and the British people – we did something very remarkable.

Under this Government, we were the first country in the world to use an approved Covid vaccine. We did have the fastest vaccine rollout in Europe, and indeed the fastest rollout of any major economy.

The result was that we were able to leave restrictions in July last year faster than any other major European economy, with the fastest growth last year in the G7.

It is because we have such a robust underlying economy – with unemployment today at lows not seen since the 1970s – that we have the cash coming into the Exchequer that means we are able to help people now with the cost of living. Never forget why we had that superfast vaccine approval and rollout – because we had left the European Medicines Agency, and were able to do things at our own pace. Why had we left the European Medicines Agency? In spite of all the immense political and legal difficulties, this is the Government that got Brexit done.

You remember what it was like in 2019. Parliament was paralysed. The whole establishment of this country was trying to frustrate and reverse the will of the people. We simply bulldozed the obstacles aside.

We secured the biggest Conservative majority since 1987 – and the biggest share of the vote since 1979. We won seats where Conservatives had not won for decades, if ever. In spite of Covid and all other difficulties, we got on immediately with delivering on our manifesto.

We are building 40 more hospitals (and they will be done by 2030) and recruiting 50,000 more nurses and thousands more doctors. There are now more people working in the NHS than at any time in its history. We are tackling the delays in the ambulance service and with technology, reform and investment we will bust the Covid backlogs. It is this Government – and this Government alone – that finally had the guts to tackle the underlying cause of so many delayed hospital discharges: the dysfunction in our social care system.

We have produced the plan that will give families the confidence that their relatives can come out of hospital, and be properly cared for, without the horror of being forced to sell the family home.

We are putting 20,000 more police on our streets – and we have already recruited 13,790 – and thereby making our streets safer. Neighbourhood crime has fallen by 38 per cent in the last three years.

We are improving our schools with record funding and we have substantially increased starting salaries for our teachers.

Better education, better healthcare, safer streets – and how are we paying for it all? It’s basic Conservatism: by stimulating capitalism and free markets.

The job of the government is often to create the conditions in which people can make and spend their own money – and then get the hell out of the way. That is why I am proud of the bedrock of new infrastructure that we are laying down for the future: three new high-speed rail lines, a massive programme of road improvement and a rollout of gigabit broadband that has seen penetration rise from seven per cent of premises to 70 per cent in the last three years. Those are the conditions – great public services, great infrastructure, great skills – that encourage businesses to invest. And, boy, the world certainly loves to invest in Britain.

We have more tech investment than Germany, France and Israel combined. And we have more billion-pound start-ups in this country than anywhere else in Europe – and they are happening all over the UK, not just in London and the South-east.

That is levelling up in action, and I know that both candidates are committed to that vision: of unleashing the potential of the whole country. The world can see that this is the greatest place to live, to work, to have a family and to invest.

The world can also see clearly what this country stands for abroad – freedom and democracy. We are strong again in the Indo-Pacific region with our Aukus pact with the US and Australia, strong in our global leadership on Ukraine – the first European country to send them the arms that made such a difference in those first weeks of war.

The potential of this country is enormous – and in the last three years, we have shown just what we can do.

We have regained our independence. We are speaking with clarity and authority in the counsels of nations. We have taken the key steps we need to ensure that we get through the current difficulties to sunnier and easier times ahead.

This is a very great country, and I have no doubt that Sunday Express readers can look to the future with confidence.

Get the latest three-day weather forecast where you live. Find out by adding your postcode or visit InYourArea