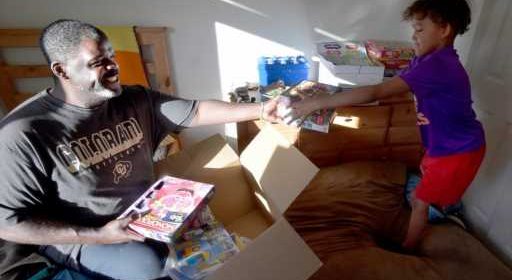 Several years ago, as Janice Zelazo began to formalize her will, she faced a question.

What would become of the home she bought in 1979? And how could she guarantee that it wouldn’t be purchased, flipped and sold to the highest bidder?

The 77-year-old longtime Boulder resident envisioned a new path, one where those without children to inherit their property — like Zelazo — could find a way to do something meaningful with their homes.

“It started slowly as an idea about how (to) preserve my house and the piece of property that it’s on,” Zelazo said.

Her efforts led to the 2017 adoption of Boulder’s Housing Legacy Program, administered through the city’s Housing and Human Services department.

The Housing Legacy Program allows Boulder homeowners to donate their homes to the city’s permanently affordable homes program, a measure sorely needed in a city where the Zillow Home Index reports that the “typical” home value in May 2022 was $1.1 million. This value is seasonally adjusted and only includes the middle price tier of homes, the index states.

As housing costs continue to soar, this program is just one of the many ways Boulder is working to bolster its affordable housing stock, which has seen considerable growth despite the coronavirus pandemic.

In 2020 and 2021, for example, Boulder added 494 homes to its affordable housing stock, more than double its previous average of 126 homes a year since 2000, according to city data.

Still, while the city has seen success in adding affordable housing stock, that doesn’t mean the endeavor is without challenges. It can be timely and costly, and projects can face regulatory constraints and zoning restrictions.

In terms of housing in Boulder County, Victor King’s experience runs the gamut.

He’s experienced homelessness, spending years as a self-described professional couch surfer before a stint living at the Boulder Shelter for the Homeless.

About five years ago, he obtained rental housing in Lafayette through Boulder County’s Housing Stabilization Program.

And just a few months ago, he purchased his own home through Boulder’s permanently affordable homes program, which offers opportunities for homeownership for those with low, moderate and middle incomes.

Through the program, homes are sold at below market-rate prices to income-eligible buyers who intend to occupy the home themselves.

There are a number of requirements for participation on the program, including completion of a city orientation and homebuyer education class; a minimum of $2,000 toward a down payment and closing costs; and a total debt-to-income ratio that does not exceed 42%.

King acknowledged that some of these requirements make the program prohibitive for many who would otherwise qualify.

“It can be very frustrating for the unprepared,” he said. “Some people are maybe unprepared for the deep dive into their credit. … Until you can get that debt ratio set with them, you could be in the program, but you could still not qualify to purchase a house.”

For Adam Perry and his child, moving out of their rental and into a home purchased through the city’s permanently affordable homes program seemed like a leap forward.

“This is an adult thing to do,” Perry recalls thinking at the time.

Over the years, however, the cost of his homeowners association fees ballooned from $320 to $480, without factoring in additional costs for repairs and other operational maintenance within the community.

“We’re experiencing all these costs,” Perry said. “If we could afford them, we wouldn’t have qualified for the program anyway.”

The mortgage cost remained stable and affordable, but the other costs became untenable, to the point that Perry recently sold his place and started renting in Boulder again.

The complaint about the cost of required membership in homeowners associations is one the city hears a lot, Sugnet acknowledged.

“It is challenging because the HOA is a contract between the homeowner and the HOA. The city has no relationship there,” he said.

On the front end, the city works to ensure people understand their HOA before purchasing the home. Further, Boulder factors the HOA cost into a home’s affordability when it sells.

And if there is a special assessment, the city has a fund to which people can apply for help with the cost.

But at some point, there’s also a recognition that parts of homeownership are inherently risky, Sugnet said.

Through its permanently affordable homes program, Boulder hopes to provide an opportunity for homeownership for those who couldn’t traditionally afford it, “but we can’t remove all the risk of homeownership,” Sugnet noted.

Overall, King is grateful for a home and the opportunity to start building something for himself and his son in Boulder.

But in a lot of ways, he wishes it could’ve been easier.

“For me, it was a big miracle that this happened, and it shouldn’t take a miracle for people to get housing,” King said. “It shouldn’t take miracles to go on that path, and that’s what it took for me.”

The path to more housing

More than two decades ago, in an effort to address the lack of affordable housing in Boulder, the City Council adopted the formal inclusionary housing program.

Inclusionary housing is a regulatory requirement that all new residential development in projects with five or more dwelling units provide 25% of the total units as permanently affordable housing. That percentage began at 20% but was increased when the City Council updated the policy a few years ago.

The current City Council has included a number of housing-related priorities in its two-year work plan, including the consideration of an ordinance to again revise the existing inclusionary housing code to focus specifically on increasing middle-income units.

Boulder struggles with what it often calls the “missing middle,” and city planning staff have acknowledged that it’s hard to develop guaranteed middle-income housing without a dedicated source of funding for it. There are no federal tax credits or financial support for middle-income housing as there is for affordable housing.

From Sugnet’s view, the original adoption of the inclusionary housing policy was at least in part a recognition that the people who work and provide important services in Boulder should have the opportunity to live in the city.

And in a way, it was personal for policymakers at the time, too.

“A lot of people realized that their children might not be able to live in the community where they grew up because of the escalating housing costs,” Sugnet said.

There are several options for meeting the inclusionary housing requirement, including providing the housing on site, dedicating vacant land for affordable unit development or making a cash contribution to Boulder’s affordable housing fund in lieu of providing units.

The decision to provide developers some flexibility was at least in part out of a recognition “that we were not quite sure what legal standing we had when implementing this program,” Sugnet noted.

There has been some criticism of the cash in lieu option, both in the community and in Boulder City Council discussions, with some arguing it offers developers a way out of providing affordable housing.

But the program “really has been our workhorse,” Sugnet said.

Developers’ payments into the program accounts for about half of its revenue. Between 2015 and 2020, for example, Boulder collected over $66.5 million for affordable housing, with 49% coming from cash in lieu. The rest comes from property taxes, federal funds and commercial linkage fees.

Developers and investors have been less keen to enter into a relationship in perpetuity with a local government that will regulate the affordable rentals, Sugnet noted. From that perspective, it’s cleaner and easier to offer money to support Boulder’s affordable housing program.

And ultimately, that is to the city’s benefit. Sugnet argued.

“It’s been really difficult to counter that narrative in the community, that developers are buying out of their affordable housing obligation,” Sugnet said. “In a sense they are, but it’s to the benefit of the community.”

It allows affordable housing to be more broadly distributed throughout the city, instead of solely in areas where new construction is occurring.

In fact, all residents of Boulder Housing Partners’ properties have access to services and benefits that they might not otherwise.

That’s been a huge draw for Abdiel Salas and his family of seven, who moved into the Canopy at Red Oak, an affordable rental property in old North Boulder’s Red Oak Park neighborhood, in October 2020.

His children have participated in youth-centered programs offered through the agency’s partnership with Boulder Parks and Recreation.

“These are opportunities that honestly we might not be able to afford if it were not for Boulder Housing,” he said.

Another benefit is that, with access to affordable housing, Salas now lives a short distance from where he works.

“It is an opportunity to be able to live in a city (that) honestly, economically, probably wouldn’t be possible otherwise,” he said.

As housing continues to present a challenge in Boulder, Zelazo is hopeful that the Housing Legacy Program will gain traction. So far, only a couple of people have participated.

Those who participate in the program can choose to leave it to the city’s permanently affordable homes program in their will.

Doing so is not a permanent decision but an act that can be changed without judgment or punishment, Zelazo noted.

Whether donating their home to the city is feasible for others or not, Zelazo hopes the program will serve as a catalyst for creative thinking and change.

“It will stimulate other ways of thinking for people in terms of what they can do to become more actively involved in supporting a vibrant life of diverse groups in this community,” she said.