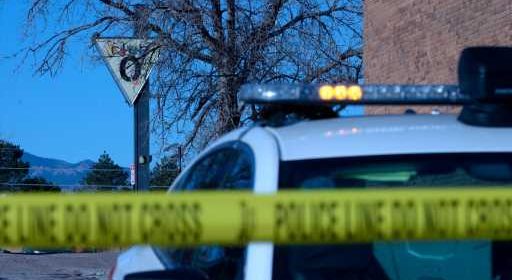 An attacker opened fire in a gay nightclub in Colorado Springs late Saturday, killing five people and wounding at least 18, officials said. The club said the suspect was subdued by patrons, and Colorado Springs police said he was taken into custody and hospitalized for treatment of his injuries.

Here’s what we know about the suspect:

Who is Anderson Lee Aldrich?

Does Aldrich have a criminal history?

Law enforcement officials said Aldrich’s “interactions with law enforcement” are part of the broader investigation, and they would not say if he’d previously been contacted by police. A man with the same name and matching age was arrested in June 2021 for threatening his mother with “a homemade bomb, multiple weapons, and ammunition,” according to media reports at the time. That man was arrested after a brief standoff.

Howard Black, spokesman for the 4th Judicial District Attorney’s Office, would not confirm Sunday morning that Aldrich was the same man arrested in June 2021. Black said the June 2021 incident “is all part of the investigation and will be released as appropriate.”

What do police believe was Aldrich’s motive in the Club Q shooting?

As of Sunday morning, officials declined to answer questions about the suspect’s motive for the shooting, citing the ongoing investigation.

In a statement, Club Q termed the shooting a hate attack.

“Club Q is devastated by the senseless attack on our community,” the club posted on its Facebook page. It said its prayers were with victims and families, adding: “We thank the quick reactions of heroic customers that subdued the gunman and ended this hate attack.”

GLAAD — the Gay and Lesbian Alliance Against Defamation — called the attack “unspeakable.”

“You can draw a straight line from the false and vile rhetoric about LGBTQ people spread by extremists and amplified across social media, to the nearly 300 anti-LGBTQ bills introduced this year, to the dozens of attacks on our community like this one,” GLAAD’s president and CEO, Sarah Kate Ellis, said. “That this mass shooting took place on the eve of on Transgender Day of Remembrance, when we honor the memory of the trans people killed the prior year, deepens the trauma and tragedy for all in the LGBTQ community.

This is a developing story and will be updated as more information becomes available.