A FAMILY has shared how building a house out of clay for £6,000 has helped them save £40,000 a year as they haven't paid any bills in over a decade.

Misty Murph Ariens, 36, and her husband Bryce 46have become self-sufficiency experts since they decided to live in an off-grid self-built clay home when they moved to ruralDurham in Canada. 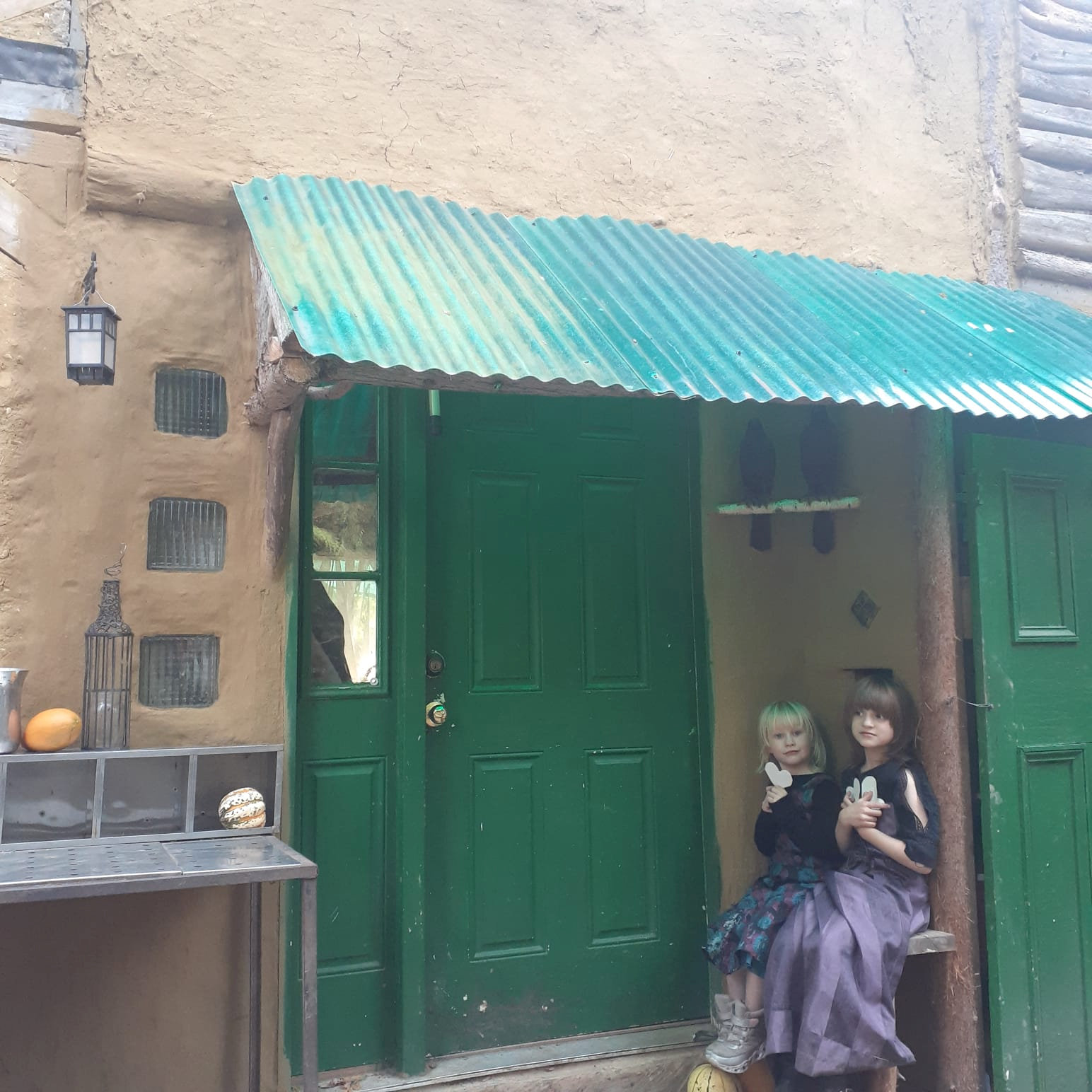 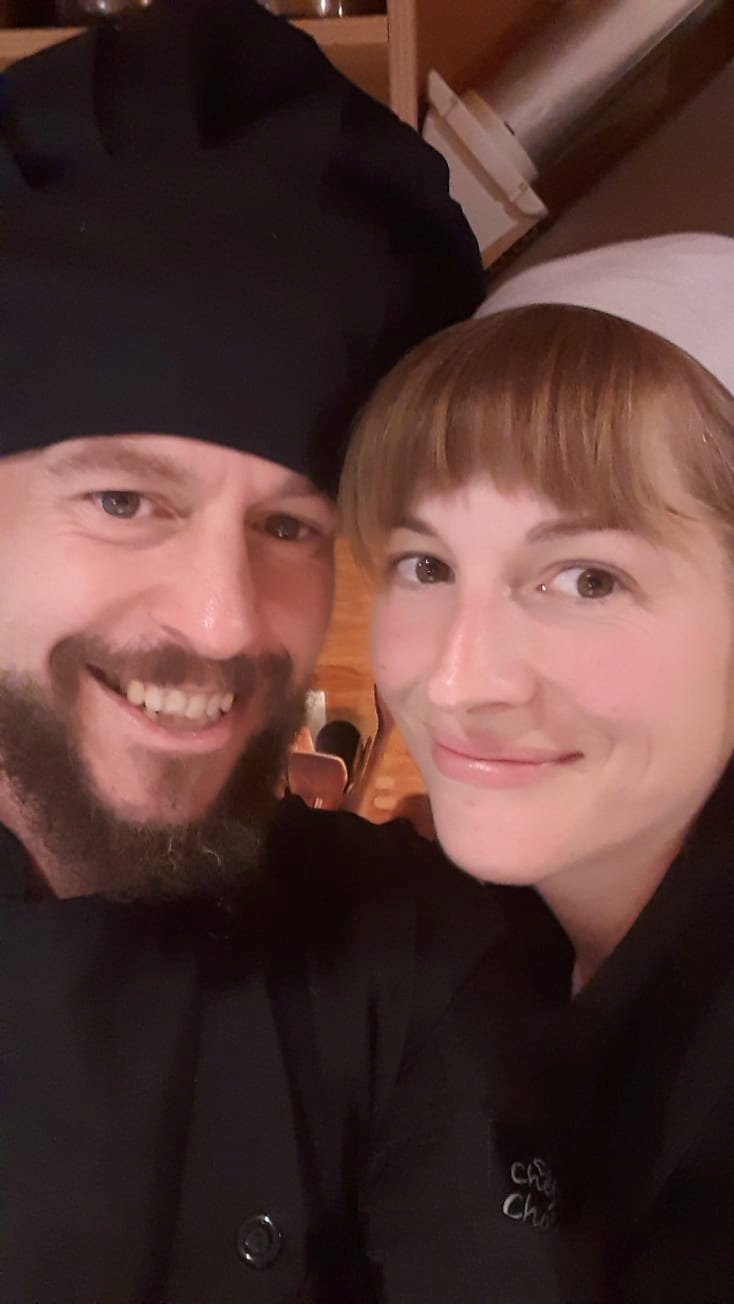 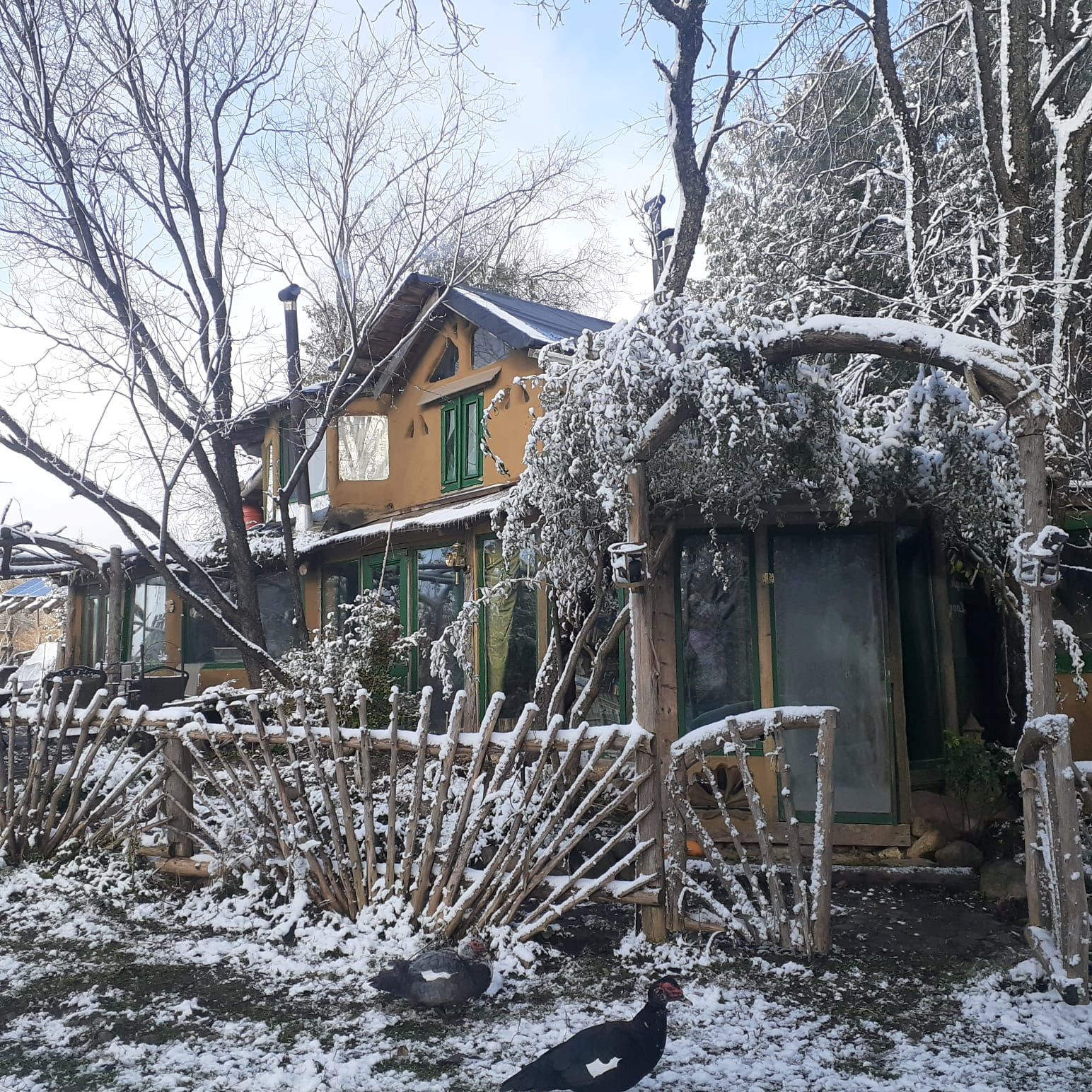 After spending three years learning tips and tricks about the homestead lifestyle, the pair decided to buy their own piece of farmland and build a cob house- a natural material made of clay, sand, and straw.

The former chefs, who have daughters Sage, seven, and Aurora, five, are almost entirely self-sufficient, cooking their meals on a wooden stove.

They get electricity from solar panels and use rain and a well for water, while most food comes from their own cows, chickens and ducks, and their vegetable patch.

The garden grows all the traditional orchard fruits and produces a variety of nuts and vegetables which they harvest on a weekly basis.

The couple who runs a small catering business in the local community, estimate their lifestyle costs them nearly £9,000 a year.

Bryce claims the reason their family is financially stable despite their lack of consistent income is their low-cost, self-sufficient lifestyle.

"We've worked out over the years that our annual living costs amount to approximately $15,000 – and that's with raising two kids," he said.

"We try to be as self-sufficient as possible, farming and harvesting all the food we eat.

"We do get the occasional shopping delivery to the nearest road, but that's only for a very select range of essential items.

"I think the difference with our lifestyle is not so much what we do, but why we do it.

"Of course we do have to acquire money, but the focus of our day is finding the most sustainable and fulfilling way to live.

"Granted its not a life for everyone, but it works for us, and, as a family, we've never been happier."

The couple met while working as chefs in Hamilton but realised they weren't suited to living in the big city after visitingBryce's grandmother's cob cottage in rural Durham for 54 weekends in a row.

They eventually moved there in 2006 and bought the land three years later for£22,000 despite it being covered in rubbish and abandoned materials which they spent weeks clearing.

It took them four months to complete their home and have spent every summer since moving in improving it.

Their daughters are home-schooled by Misty, and taught a traditional syllabus with the addition of key primal skills, animal care and building techniques.

The family gets around by cycling, walking or travelling on horseback.

Misty, from Dundalk, Ontario, said: "From the moment we met we instantly knew we wanted to live an alternative lifestyle.

"Bryce's grandmother's cottage was so peaceful and we were constantly disappointed when we had to leave and go back to the city.

"I've always suffered with intense migraines but when we moved to the countryside they started to become less and less frequent.

"Six months after moving they'd stopped completely and I'm convinced it was the noise and the city environment which had been the cause of my discomfort.

"Rural living immediately made sense to us, and the idea of being completely self-sufficient was really appealing."

A young TikToker revealed last month she is very happy living off-the-grid on an unnamed island off the coast of Canada.

Ella Genevive, 19, said she loves her home despite not having a fridge or electricity. 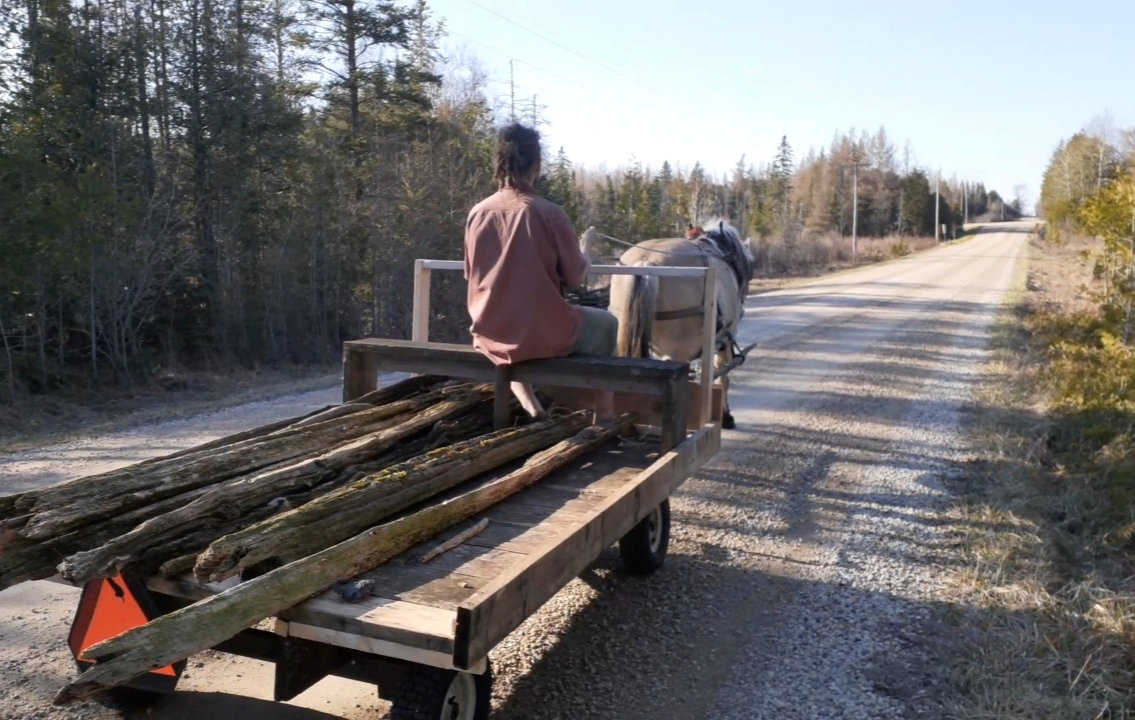 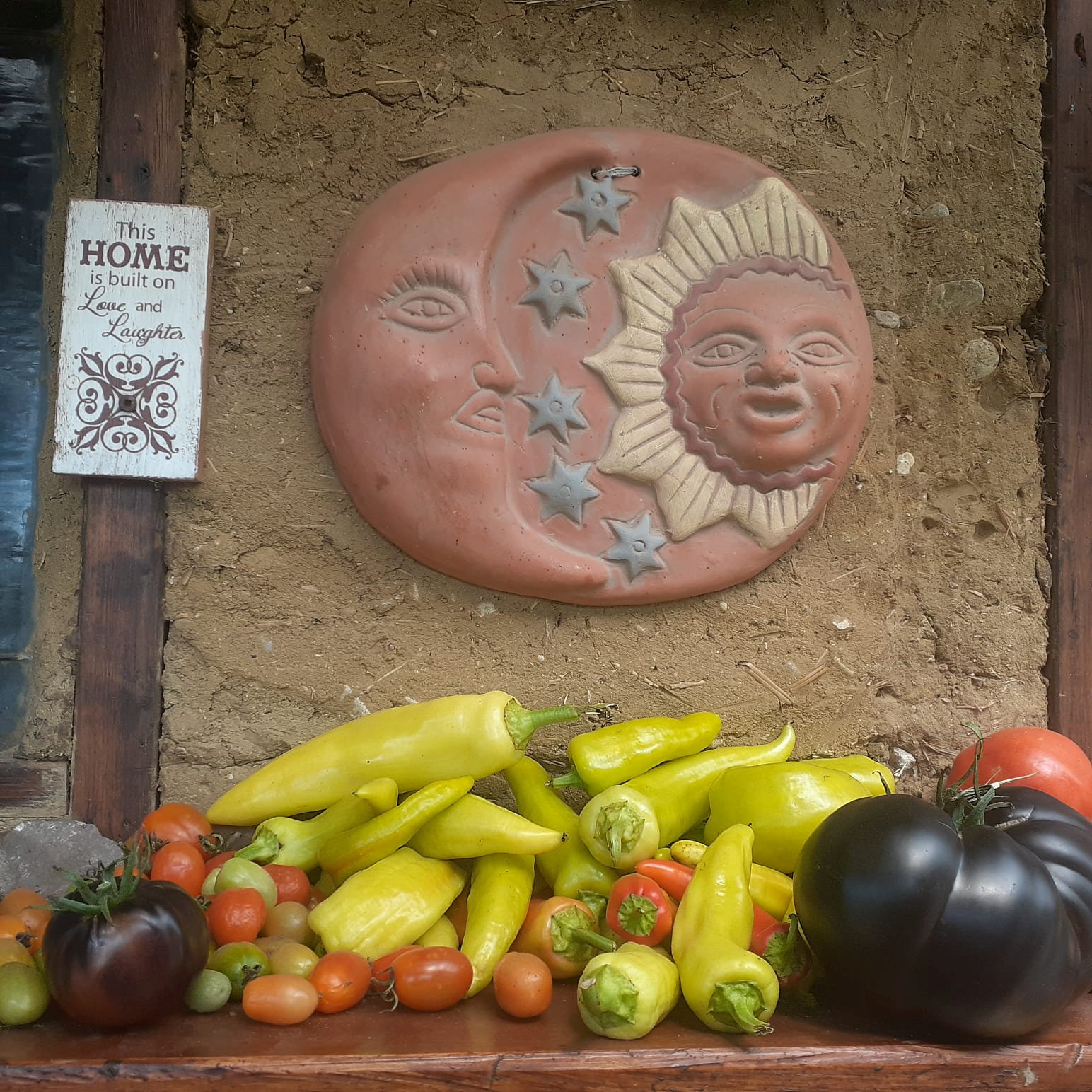 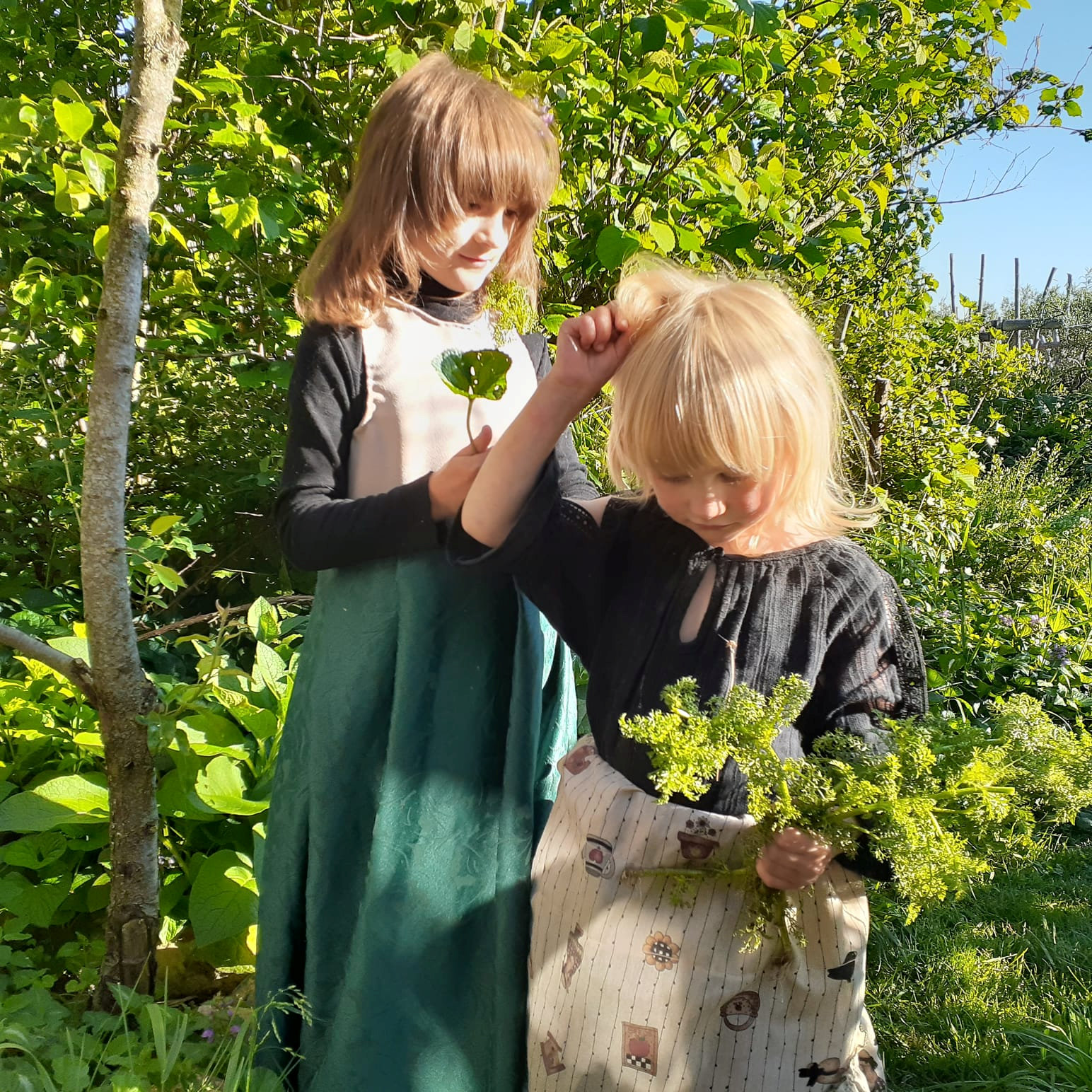