Hogwash! Unilever is mocked and branded ‘bonkers’ over claims its soap can help fight sexism

Unilever has been blasted as ‘truly bonkers’ for claiming one of its soap brands can ‘inspire women to rise above sexism’.

The unashamedly woke corporate giant says its Lux body wash can help women who are bombarded with sexist judgments.

It claims a ‘bathing ritual’ using the century-old brand can give women armour to protect them from misogyny. 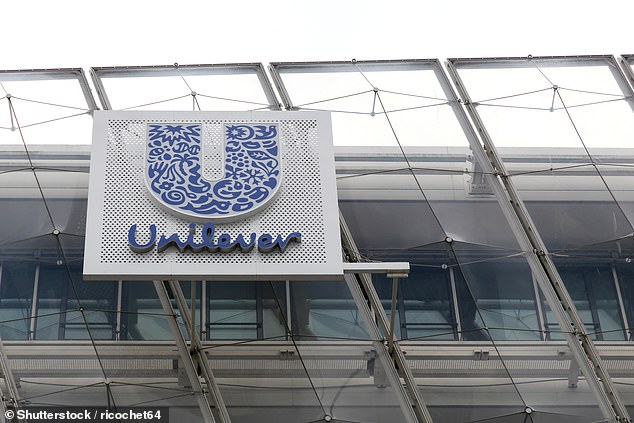 Unilever also claimed that its Hellmann’s mayonnaise brand had a ‘purpose’ beyond adorning salads and sandwiches.

But as one of the few western firms refusing to fully shut up shop in Russia over the invasion of Ukraine, it has been accused of hypocrisy. It claims to be selling only ‘essential’ items, but Magnum and Cornetto ice creams are still on sale.

Mark Dixon, of the Moral Rating Agency, declared: ‘Its continuing support of the economy that is funding Putin’s war shows that Unilever is a wolf in woke clothing.’

Hedge fund boss Terry Smith, 65, one of its biggest shareholders, said: ‘Soap, when I last checked, was for washing. However, apparently that is not the purpose of Lux.’

He called on the firm to switch its focus to running its brands well. And Gwen Rhys, head of Women in the City, which promotes female business talent, called the Lux claim ‘laughable and truly bonkers’ and pointed out that Unilever had never had a female chief executive.

‘They are stretching the imagination to think that a soap brand is going to lift women out of misogyny. And before telling women what their products are going to do they should take a look at themselves first.’

Tory MP Nickie Aiken said: ‘I’ve always chosen my brand of soap on whether it smells pleasant and makes me clean. Perhaps Unilever should stick to making hygiene products and stop patronising women.’

Lee Anderson of the Common Sense Group of Conservative MPs said: ‘I am sure that the scientists at Unilever will ensure their soaps produce enough lather to help wash away all forms of sexism. ‘Meanwhile, in the real world I have never heard such a load of b****cks.’

Unilever’s campaign says that the ‘Lux woman’ is ‘constantly bombarded with judgments’, adding: ‘The bathing ritual with Lux gives women a powerful moment of self-care that helps nurture her inner strength. This makes women’s beauty an armour, a positive source of strength and power.’