Singapore: China faces being censured by the United Nations Human Rights Council for the first time in its history, after a UN report detailed mass detention and persecution in Xinjiang.

The Human Rights Council will begin almost a month of meetings in Geneva on Tuesday AEST and is expected to debate a resolution that would formally condemn China’s actions against members of the Uyghur Muslim minority in the north-western Chinese region. The meetings will escalate pressure on Western governments, including Australia, to expand their sanctions against China in a febrile global environment. 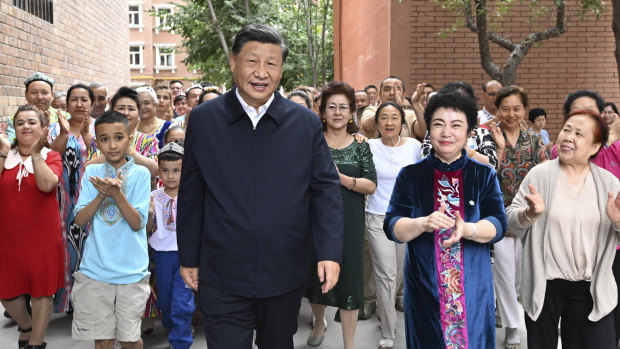 US ambassador to the UN Linda Thomas-Greenfield  has been pushing for China to be made accountable for its actions “as soon as possible” but any formal majority vote against China is likely to be one of the closest fought resolutions since the council was formed in 2006. The council is divided between the Asia-Pacific, Europe, and the Americas, and currently includes China’s close economic partners Brazil, Pakistan and Uzbekistan as well as US allies such as France and Britain. The council’s resolutions are not legally binding, but the evidence collected can be presented to international courts.

China has denied the allegations of human rights abuse in Xinjiang where up to 1 million Uyghurs have reportedly been put through the Chinese government’s re-education programs. Beijing has threatened to withdraw its co-operation from the UN Human Rights Council over findings by former UN Human Rights Commissioner Michelle Bachelet, who two weeks ago reported credible claims of torture and that China’s actions may constitute a crime against humanity.

China’s ambassador to the UN Chen Xu said any kind of “anti-China action is again doomed to failure”. “We will strongly oppose any move to move this assessment report, launch any kind of motion or joint actions against us,” he said.

Beijing is also facing a number of economic measures against its exports out of Xinjiang. Suppliers for companies including Apple and Nike have been based in the region. Reuters reported on Saturday that the European Union was preparing to ban products made with forced labour in a series of measures designed to follow the Uyghur Forced Labour Prevention Act in the United States and Canada. 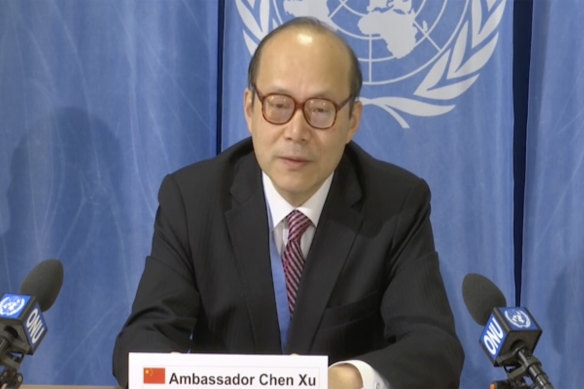 Human Rights Watch has urged the Australian government to strengthen its legislation on forced labour and use its sanction powers against Chinese officials under the Magnitsky Act passed last year.

“Australia should impose targeted sanctions against Chinese government officials who are implicated in crimes against humanity and other grave abuses against Uyghurs and other Turkic Muslims in Xinjiang,” said Sophie Richardson, China director at Human Rights Watch.

“The European Union, US, UK, and Canada have already taken these steps, and Australia should join these efforts to hold those responsible for these abuses accountable and to stand with victims.”

Foreign Minister Penny Wong said last week that she would work with international partners on how to respond to the “harrowing” UN report and was considering how to firm up the regulation of supply chains to stop forced labour. The Coalition has given her bipartisan support to take stronger action.

Wong praised the Australian Uyghur community for speaking out. “They have shown strength and determination. Many of them have been unable to be in contact with their loved ones,” she said. 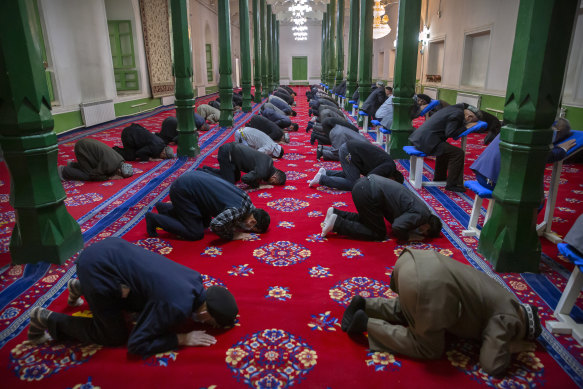 Uyghurs and other members of the faithful pray during services at the Id Kah Mosque in April 2021.Credit:AP

Alim Osman, president of the Uyghur Association of Victoria, said he hoped the scrutiny on China would “improve the human rights atrocities of the Uyghurs and other Turkic people in their homeland”.

China’s COVID-zero policy has also hit Xinjiang hard. Up to a dozen people have died from starvation or lack of access to medication in the region, Radio Free Asia reported on Sunday. One city of 600,000, Yining, has been locked down since the start of August. Videos posted on Chinese social media show limited protests in some areas as residents demand food and medication from authorities.

One of the region’s deputy governors Liu Qinghua on Friday “apologised deeply for the impact and inconvenience brought to people’s lives”.