'Top Gun' producer on why the movie theater model isn't dead: 'It's exhilarating'

The movie business is in flux, as the rise of streaming has put pressure on traditional movie theater operations, like AMC Entertainment (AMC). Nevertheless, the movie theater model remains “alive and well,” said acclaimed producer Jerry Bruckheimer at Yahoo Finance's All Markets Summit on Monday.

"You've just got to make movies and embrace the audience," he said. "Unfortunately, with the pandemic, we weren't making a lot of movies that really could play in theaters. Streaming has its place. Theaters have their place. I always use this analogy: You have a kitchen, right? Would you like to go out to eat? So, it's not always [one or the other]. You might want to stay home and watch television."

Bruckheimer's career has featured some of Hollywood's biggest blockbuster successes, including "Pirates of the Caribbean," "Bad Boys," and most recently "Top Gun: Maverick." For Bruckheimer, the "Top Gun" sequel, which stars Tom Cruise, re-affirmed that group movie theater experiences, with the right movies, remain alluring.

“It's a group experience. It’s exhilarating when you go to opening weekend and people are cheering and applauding for the right type of movie, and that's what happened with 'Top Gun,'” Bruckheimer said. "I went all weekend the first weekend, and stood behind the seats at the Chinese Theater. I was watching the movie in IMAX, and watched how exhilarated the fans were. When you talk to people, most people haven't seen it just once. They've seen it twice, or three times. One person wrote us saying they'd seen it 100 times."

After a two-year delay brought on by COVID-19, "Top Gun: Maverick" netted nearly $1.5 billion at the box office. Even before the pandemic, that would have been a triumph, as only 51 movies in history have ever hit the billion-dollar box office mark, according to data from Box Office Mojo reported on by Insider. 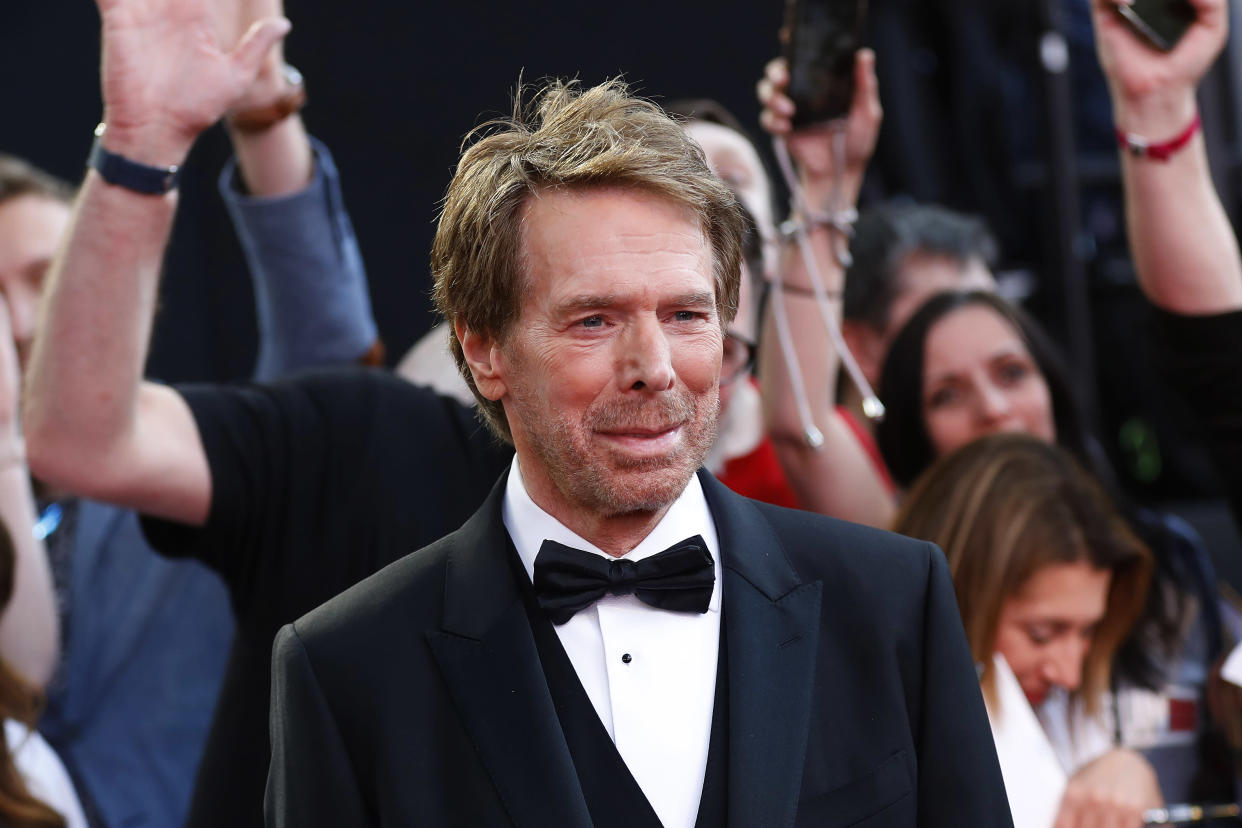 What's next for Bruckheimer

Bruckheimer's work spans traditional studios and tech-native streamers. For instance, he's currently producing "Beverly Hills Cop 4" for Netflix (NFLX) and on "Young Woman and the Sea" with Disney (DIS). Meanwhile, "Top Gun: Maverick" was released in theaters through Paramount (PARA) with plans to stream on Paramount Plus.

So, what sequel does Bruckheimer want to make next?

When "Pirates of the Caribbean: The Curse of the Black Pearl" came out in 2003, it was an unlikely hit. That movie — based on the eponymous theme park ride and starring Johnny Depp as the now-famed Captain Jack Sparrow — has since become a five-movie series. Over two decades, the franchise has grossed more than $4 billion worldwide. This puts “Pirates” among the top 15 highest-grossing movie franchises of all-time — the DC Extended Universe has grossed $5.6 billion, while Transformers has netted $4.86 billion, CNBC reported.

"I like to do shows that give you an inside look into a world you've never been part of," Bruckheimer said. "We have this new show called 'Fire Country,' which had the highest ratings of any new show that just came out two weeks ago… It's giving you an inside look at what firefighters do. 'CSI' gave people a good look at what CSI do, and 'Top Gun' gave you a great look at what aviators do. I love giving people process."

Click here for the latest trending stock tickers of the Yahoo Finance platform.

Read the latest financial and business news from Yahoo Finance.

Download the Yahoo Finance app for Apple or Android.