A HUGE blaze erupted at a factory with more than 100 firefighters scrambled to tackle the inferno and 40 homes evacuated.

Dramatic photos show the building in Birmingham completely gutted by the flames. 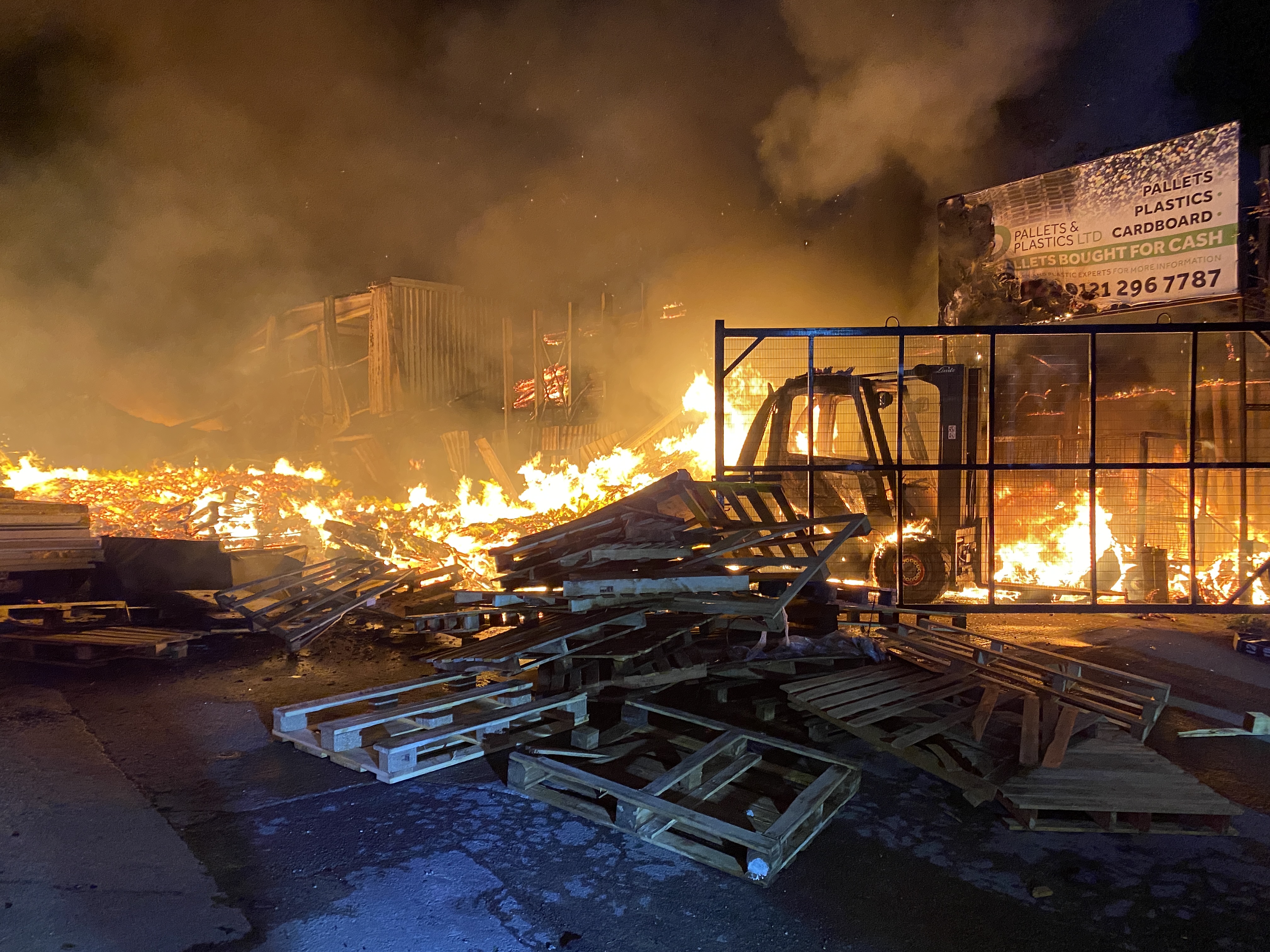 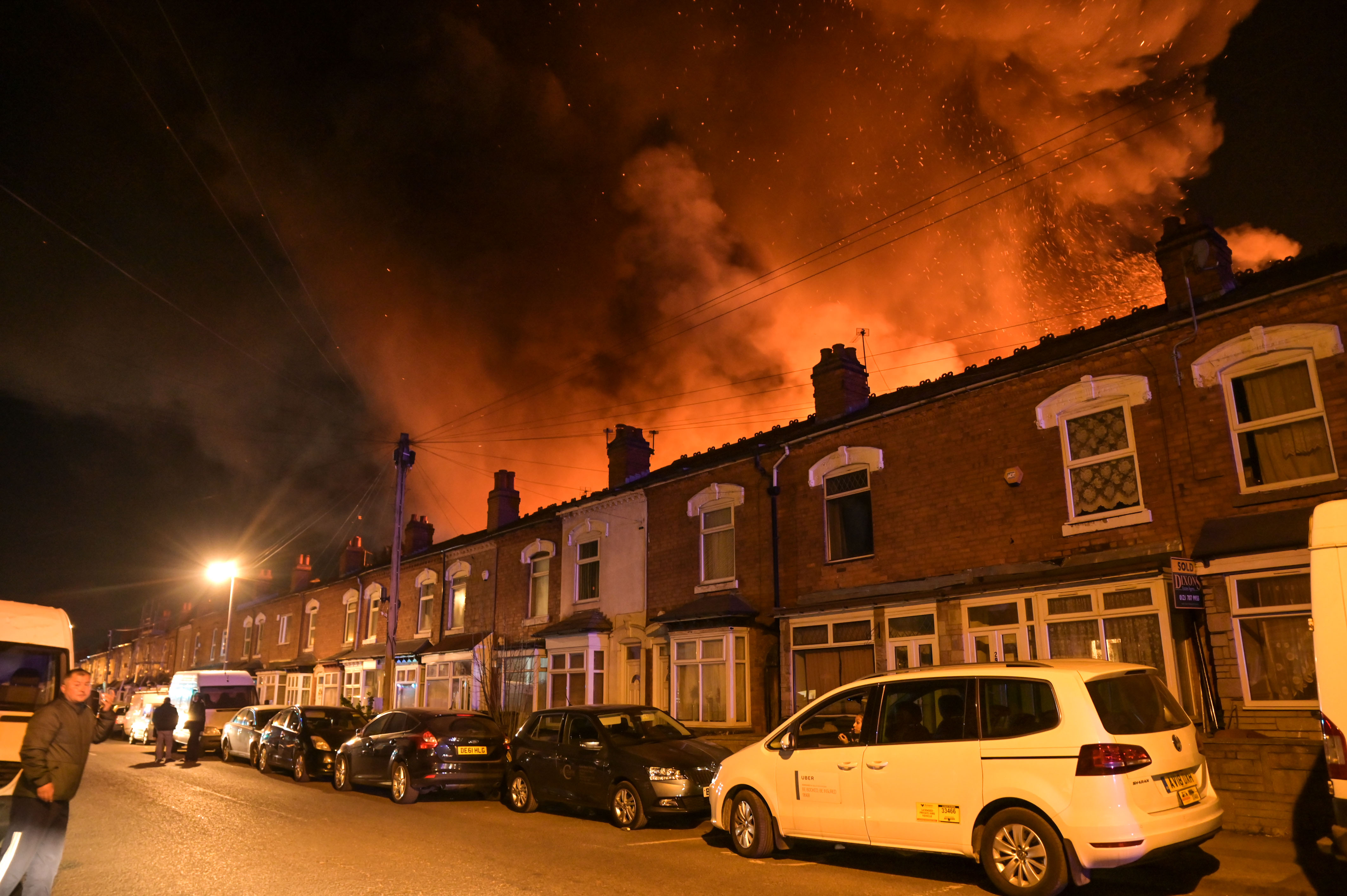 The fire broke out at around 11pm last night with locals urged to keep their doors and windows closed as black smoke billowed across the area.

Around 40 homes had to be evacuated as the flames took hold – with ten people needing to be rehoused.

West Midlands Fire service posted photos of the factory after it was ravaged by the blaze.

They said more than 125 firefighters helped tackle the inferno, with the cause still being investigated.

Around ten crews remain on the scene with the fire service expected to be dealing with the blaze throughout the day.

It is thought the fire spread due to a large amount of wooden pallets which caused it to "scale very quickly".

The fire service tweeted: "We have been in attendance at a large factory fire in sparkhill. We have over 125 firefighters dealing with the fire.

"We recommend that doors and windows in the local vicinity be kept closed for the next few hours." 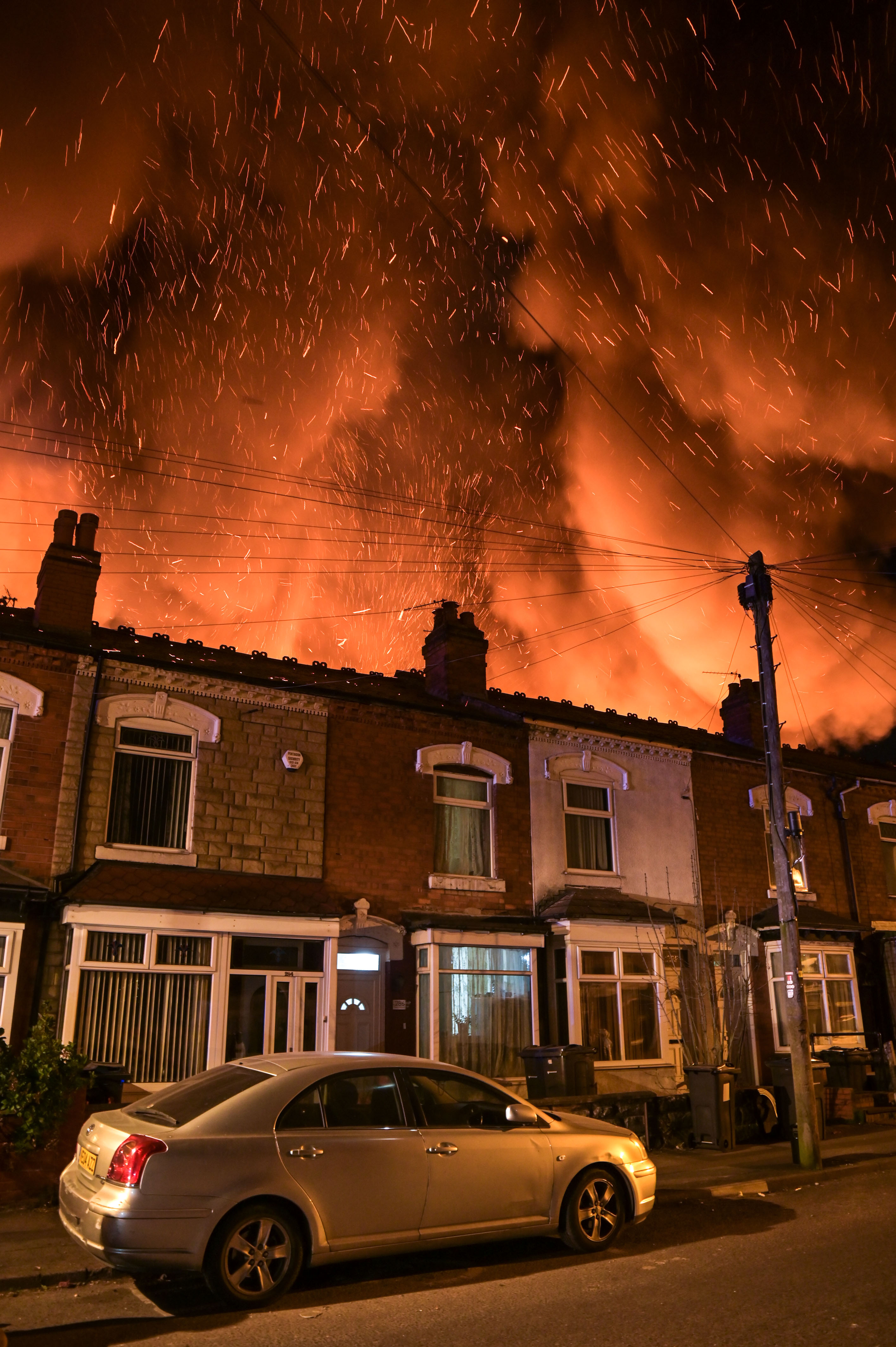 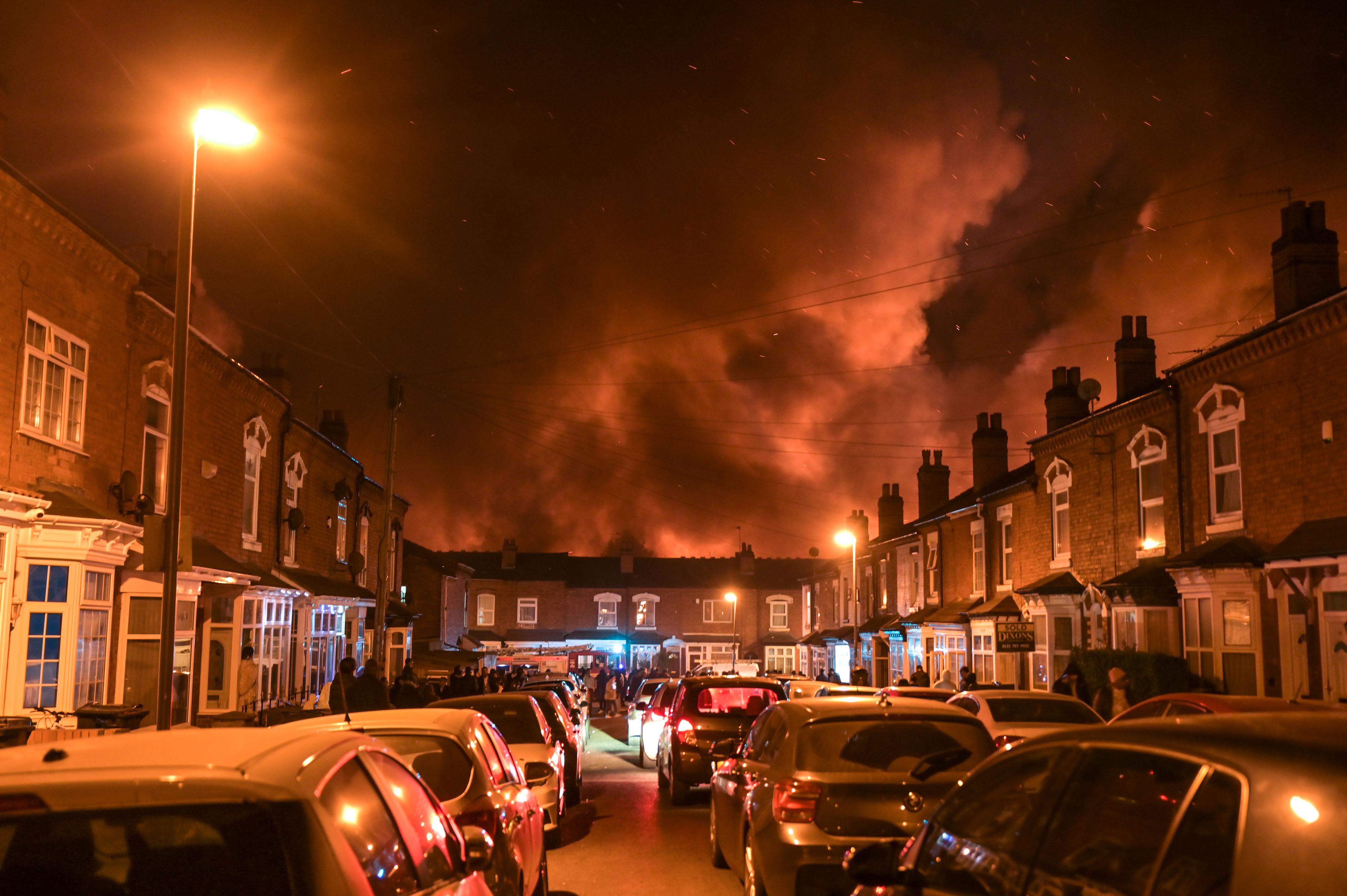 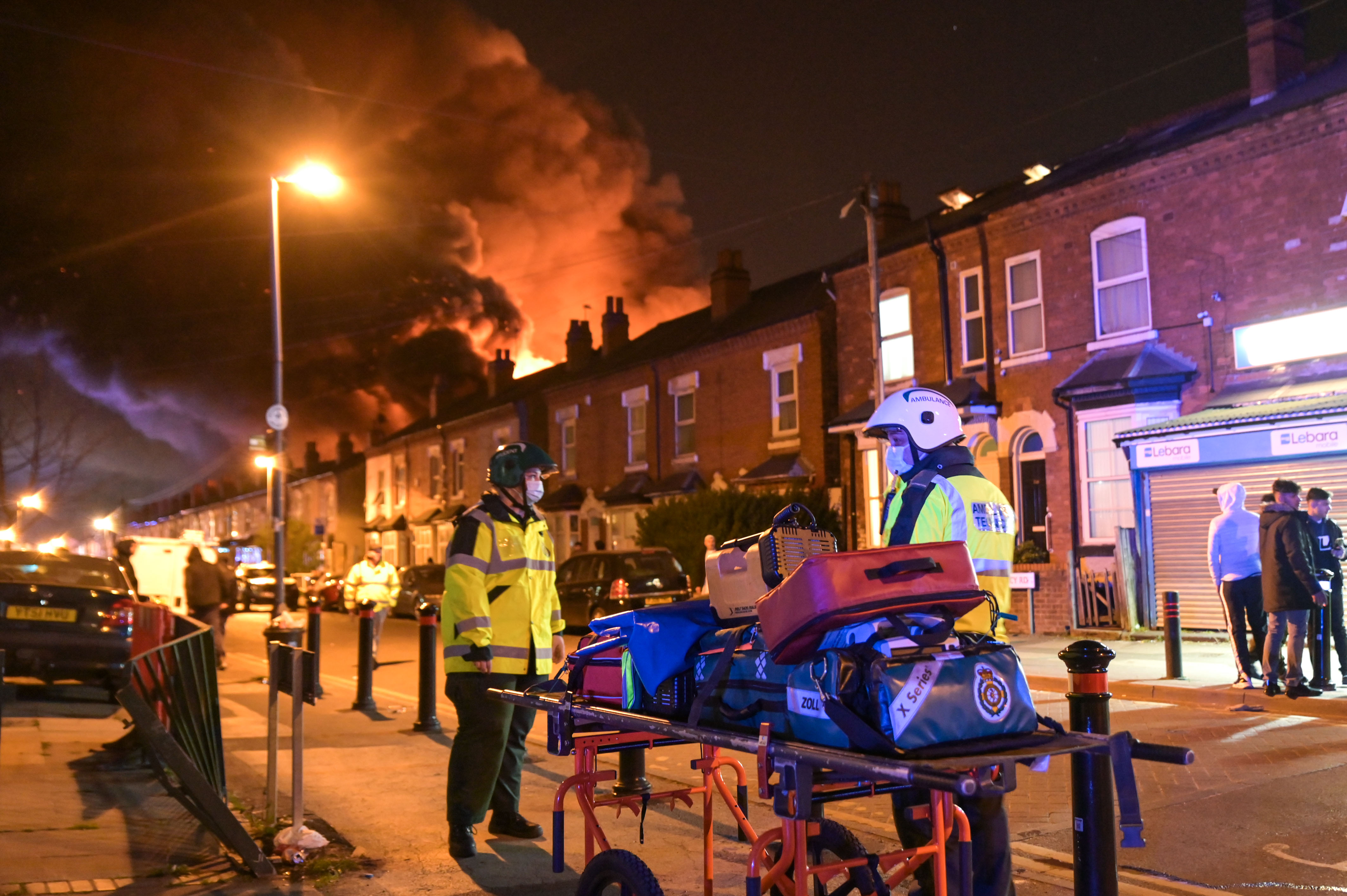 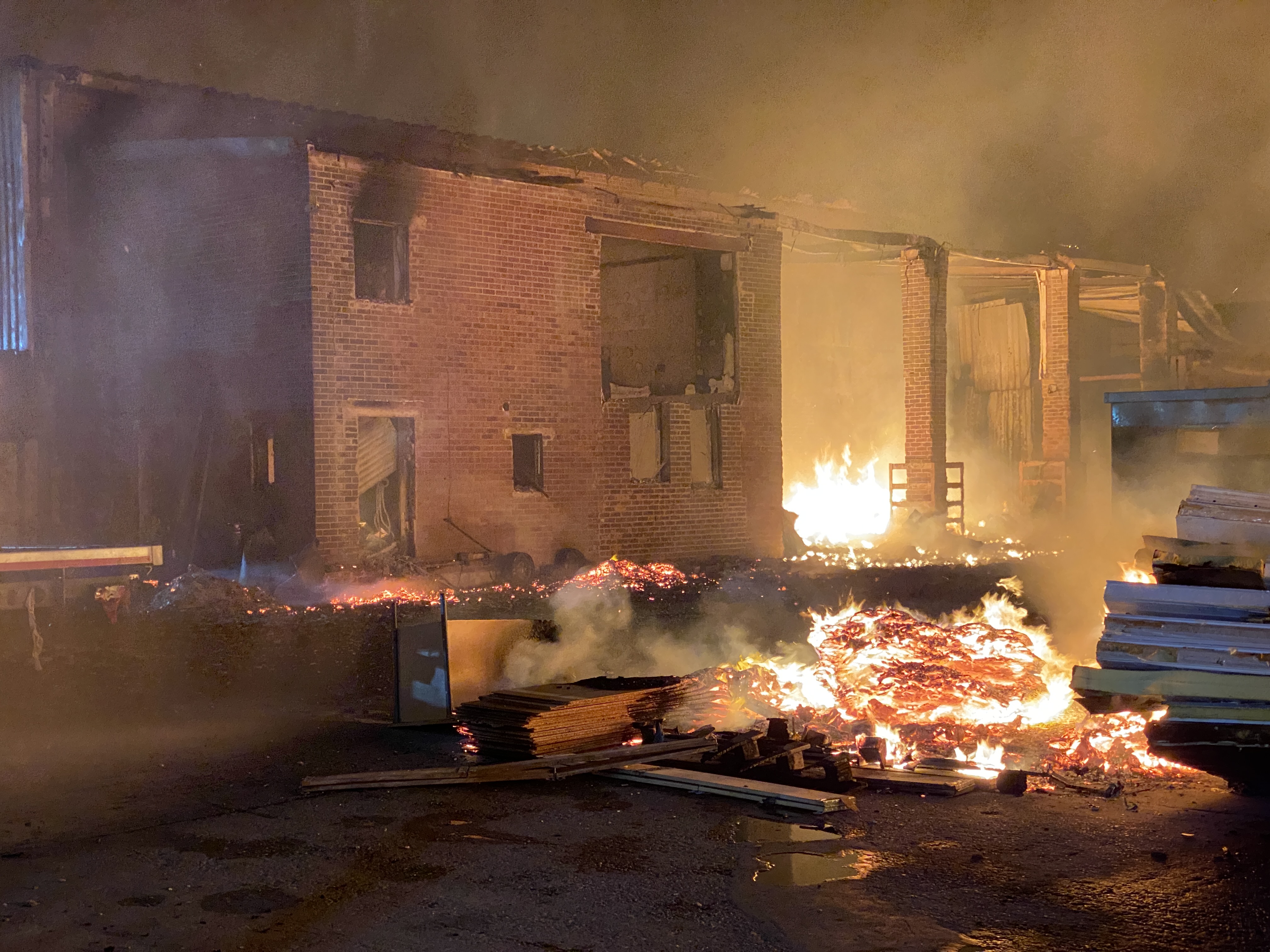 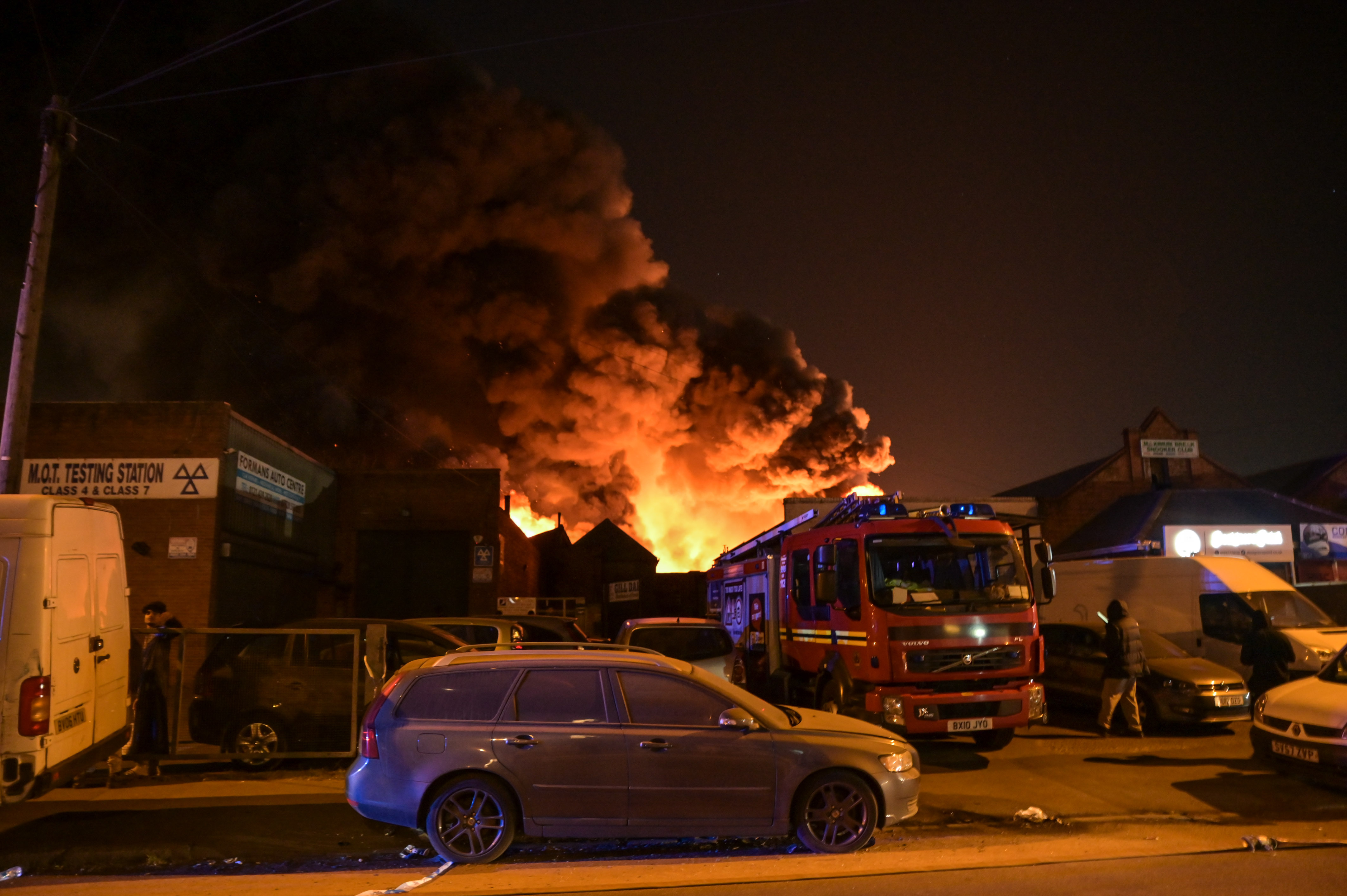