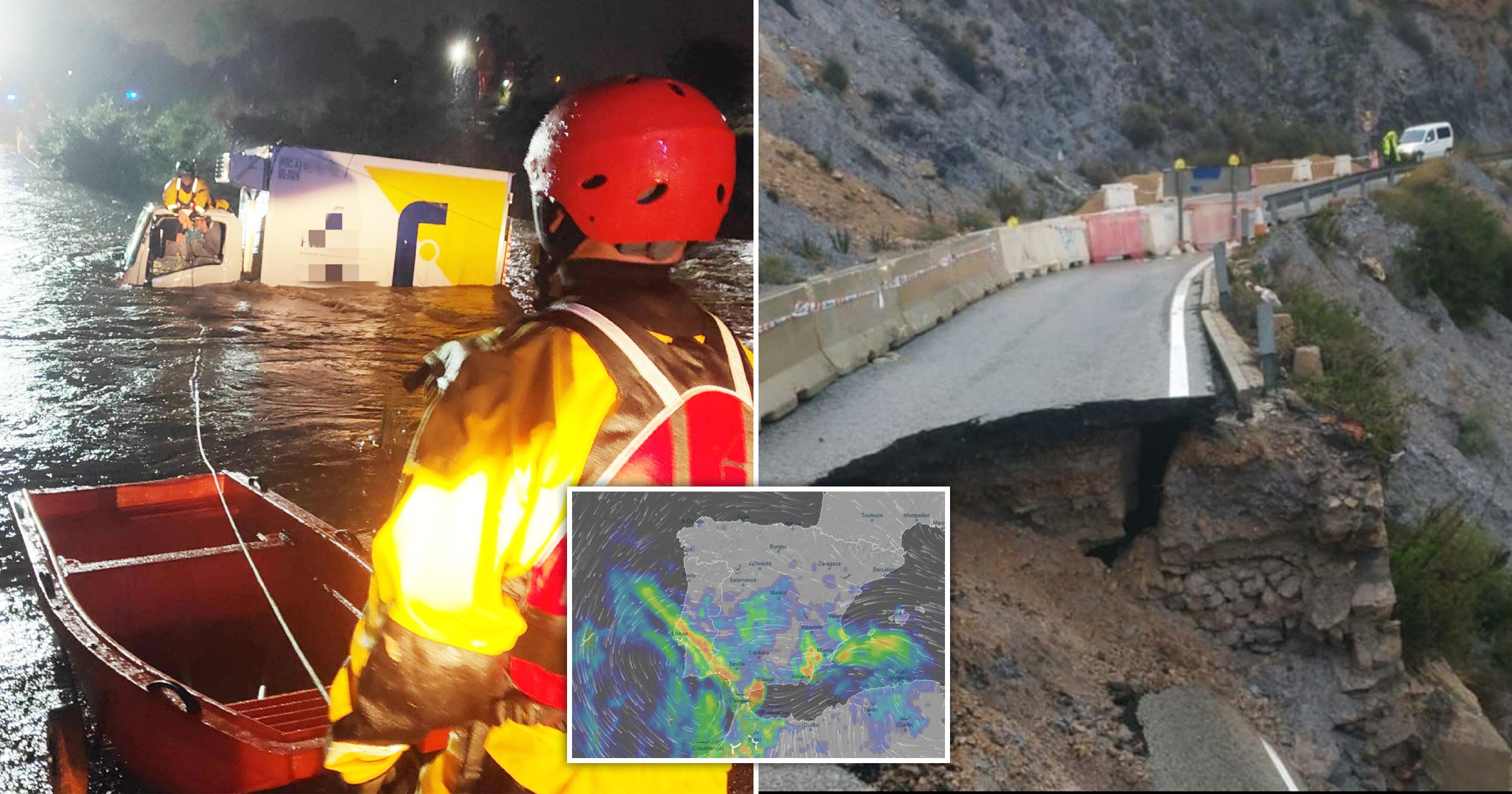 Tourists have been warned to avoid some of Spain’s most popular holiday destinations after devastating flooding and rain has caused havoc.

While the UK basks in temperatures of 21°C, areas such as Benidorm, Marbella and the wider Valencia area are being hit by the unusual spring weather.

A yellow weather warning for the area has been issued until Friday according to Olive Press but the two weeks of bad weather has already been causing problems.

Two people had to be rescued by a truck in Quart de Poblet, Valencia after the vehicle became engulfed by a torrent of water.

Pictures taken in the city of Cartagena, reveal a road which has crumbled because of the heavy rain.

Across the rest of the area, emergency services experienced a busy start to the week, responding to fallen trees and polls.

Meanwhile in other parts of Spain like Malaga, there has been five months of rainfall in just seven days after a period of severe drought.

In Valencia and the Alicante region the weather is set to pick back up again with sunny weather and temperatures of 17°C by Sunday.

In Malaga, the weather is set to settle by the weekend but increasingly humid and stormy conditions are expected by next Wednesday.

As Spain suffers with the bad weather, parts of the UK today are 21°C, hotter than Barcelona which is 14°C.

Warm temperatures in the UK are not expected to last into next week though as according to the Met Office, a cold front is set to move in on Monday.