Pictured: Budding astronomer, 14, who fell to his death from grandparents’ 7th floor tower block flat as his distraught midwife mother says he ‘may have been leaning on balcony to look at the stars’

A 14-year-old boy who fell to his death from a London tower block may have done so as he leaned off the balcony to look at the stars in the night sky, his heartbroken mother has said.

Marcel Bruchal, from Newham, had been in his grandparents’ flat on the seventh floor of Sleaford House, a 19-storey residential block in Bow, when he fell on Saturday night, March 19.

He sustained fatal injuries in the fall and died despite the best efforts of his distraught younger brother, grandparents and paramedics.

His mother, Karolina Bruchal, has paid tribute to her ‘most caring, most intelligent’ son, and believes that tragically, his love of astronomy might have contributed to what happened. 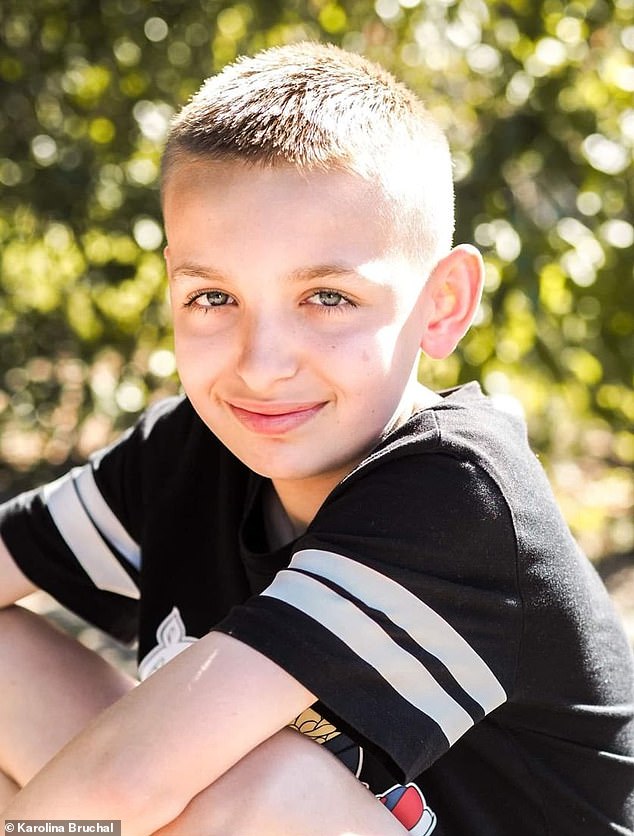 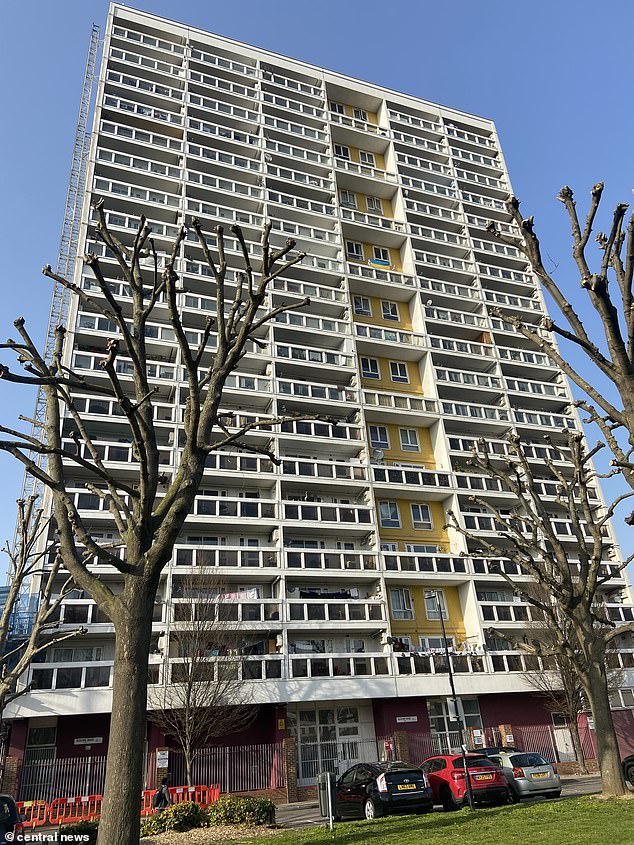 He fell the 19-storey Sleaford House (pictured) on Saturday night, March 19, while spending the weekend with his grandparents

In a statement released after the incident, police said they were treating his death as ‘unexplained’ but not suspicious.

Ms Bruchal, who works as a midwife at The Royal London Hospital, said Marcel and his 11-year-old brother, Vincent, had been visiting her parents for the weekend and had ‘had a great day’ playing ping pong before the incident.

The 37-year-old said: ‘They were singing in the car on the way back (to the flat). He wanted to do some karaoke in the evening.

‘His little brother came back to ask what flavour ice cream he wanted and the balcony door was open and he wasn’t there. 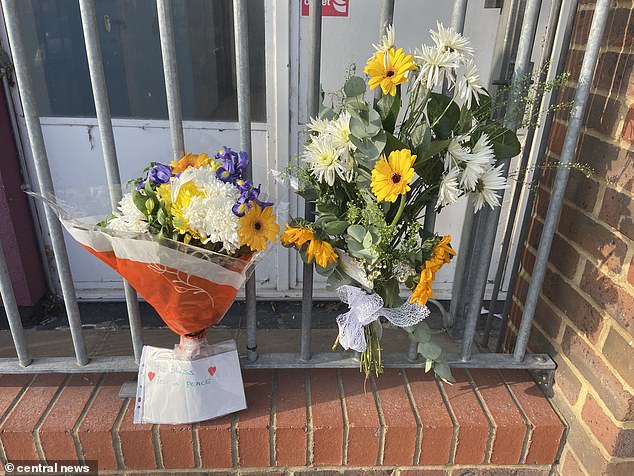 Floral tributes have been left at the base of the residential block, which is in Bow, east London

‘He looked down and he saw him (on the ground below). That’s when he started shouting.’

Marcel’s grandparents rushed downstairs to help him and the emergency services were called.

‘They went downstairs and my dad tried to resuscitate him,’ she said.

‘They brought a little pillow and blanket so he was not cold and at some point the ambulance came.

‘Around 10pm (they called me), after they were sure he had passed away. Before then they were hoping they wouldn’t have to tell us.’ 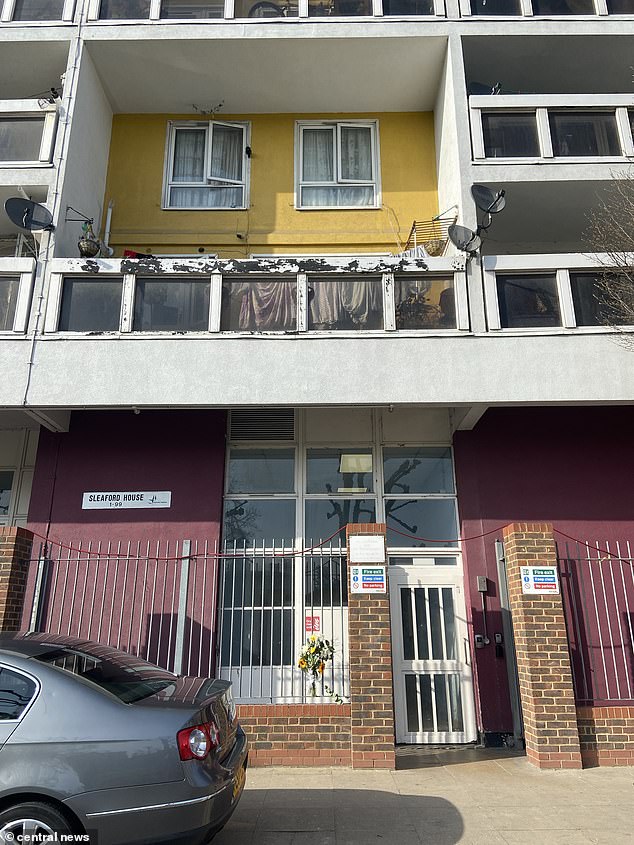 His mother, Karolina Bruchal, said he was the ‘most caring, most intelligent’ boy and that he wanted to be an astronomer when he grew up

Ms Bruchal said her family was beyond devastated at what seems to be a tragic accident.

‘He was the most caring, the most intelligent and smart and funny (boy),’ she said.

‘He loved his little brother so much, he was very smart. He wanted to be an astronomer. He was choosing his GCSEs and he wanted to study astronomy.

‘We think this is why it happened because it was a very clear night and he possibly went out to look at the stars. We believe it was a tragic accident, he leaned too far.

‘He was liked by everyone, he had lots of friends. We are still in disbelief, we are still hoping we are going to wake up. 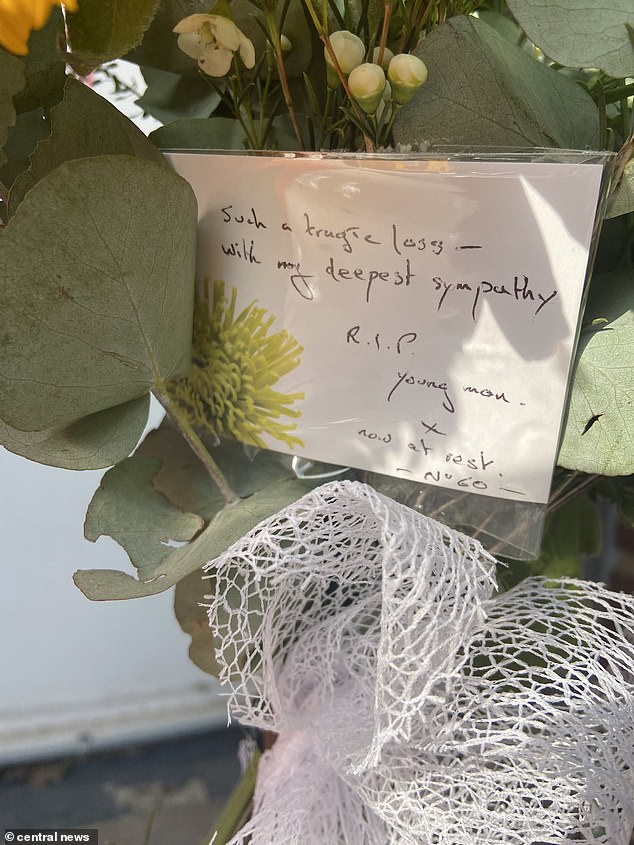 Floral tributes have been left to him, including this one which says: ‘Such a huge loss – with my deepest sympathy. RIP young man’

Floral tributes have been left to Marcel outside the residential block, which is between Blackthorn Street and Fern Street in Bow, following the tragedy.

Among those placing tributes was Sharon Chambers, a colleague of Ms Bruchal at The Royal London Hospital, who said he was ‘the most amazing boy’.

She said: ‘He was a really homely boy, family-oriented, he loved his brother, and they all did things together as a family like going for days out.

A GoFundMe page set up by colleagues of Ms Bruchal to help the family with funeral costs has already raised £2,230 as people try to rally round them in this awful time

In a statement released two days after his death, the Metropolitan Police said while it was treating his death as ‘unexplained’, it did not believe it to be suspicious. 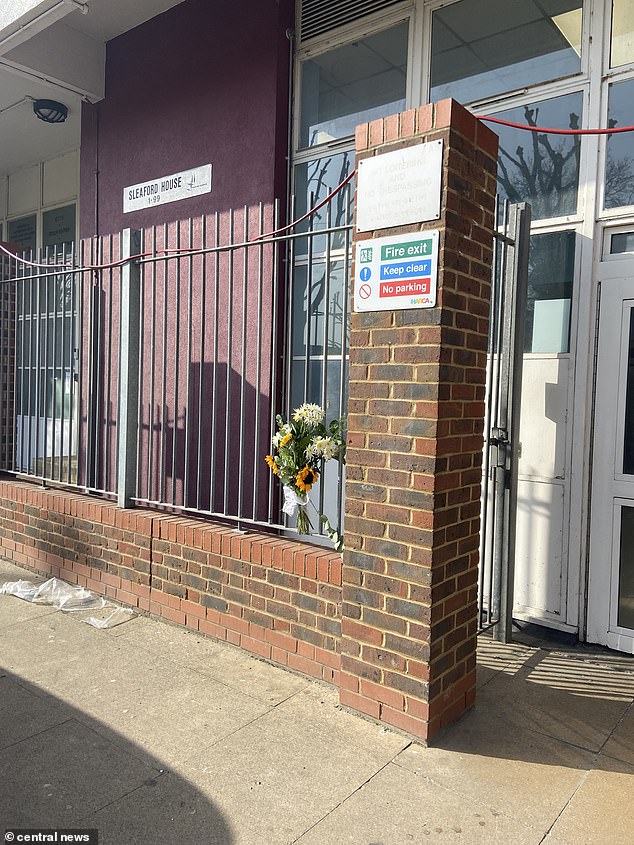 Police say they are treating his death as ‘unexplained’. but say they do not believe it is suspicious

The force said: ‘Police were called at 9.20pm on Saturday, March 19 to Fern Street E3 after reports of a person having fallen from height from a residential block.

‘A 14-year-old boy was found unresponsive; he was pronounced dead at the scene. His next of kin are aware.

‘The death is being treated as unexplained but is not thought to be suspicious.’

A London Ambulance Service spokesperson said: ‘We were called at 9.13pm on Saturday, March 19, to reports of a teenager falling from height in Fern Street, Bow.

‘We also dispatched an advanced trauma team from London’s Air Ambulance, which consisted of a doctor and a paramedic in a car.

‘We took the patient to a major trauma centre as a priority.’