THIS is the shocking moment a "drunk" man got stuck under a train after jumping into the platform gap while trying to fight with passengers.

In shocking footage filmed by a passenger, the man, who can barely stand, is seen jumping straight into the platform before a train conductor and another commuter dragged him out. 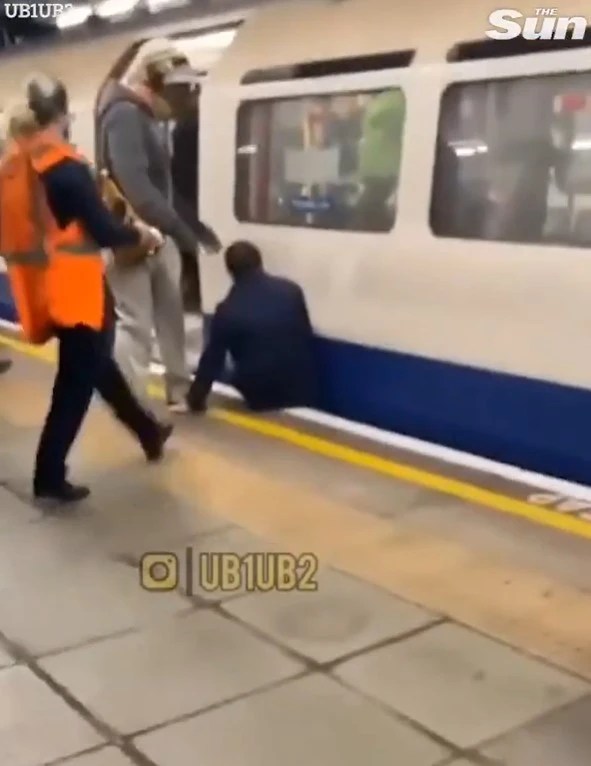 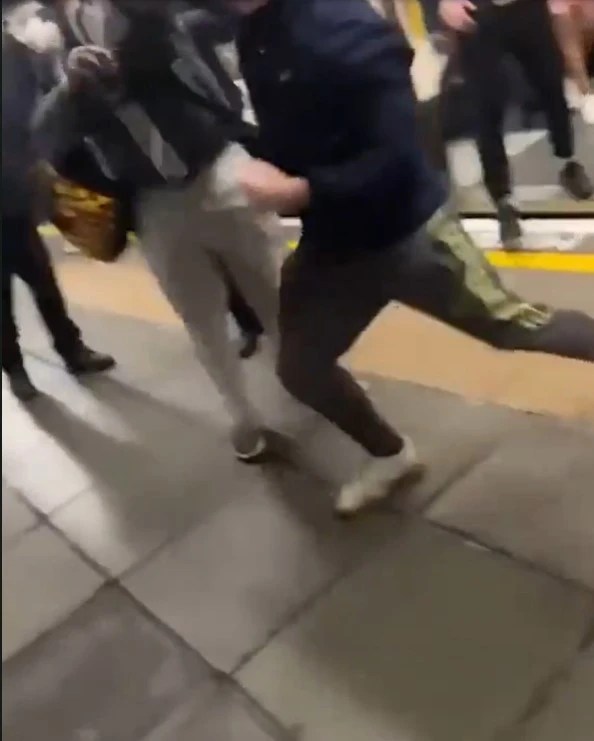 He continued to try to fight the passengers around him when he got up – but he seemed to have lost his balance shortly after.

British Transport Police said officers were called to Osterley Underground station at 5.46pm on 17 December following reports of an assault.

Did you witness this or do you know the man? Contact Zoe on [email protected]

A 33-year-old man was arrested on suspicion of assault and being drunk and disorderly and since been released on police bail pending further enquiries.

He was also seen toppling to the ground and rolled over into the train.

He eventually managed to sit up on the train floor as the conductor tried to ensure he was okay.

It's not yet clear how the fight started.

Most read in New 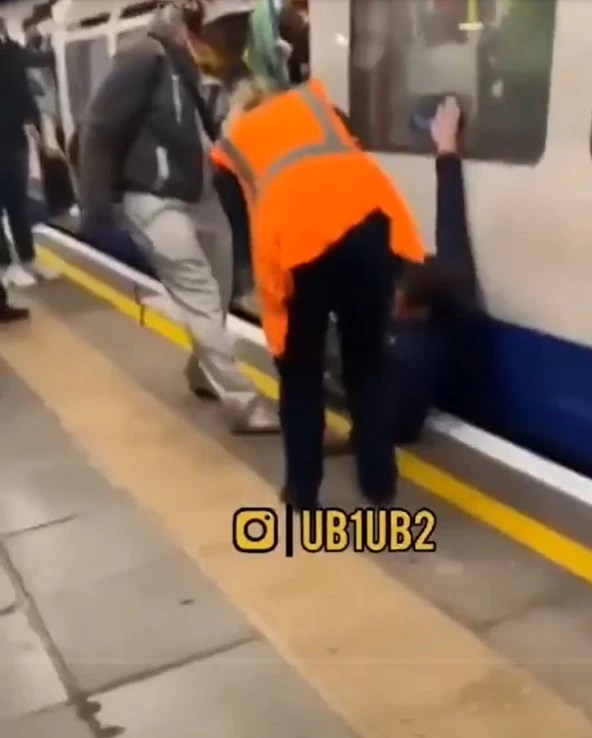 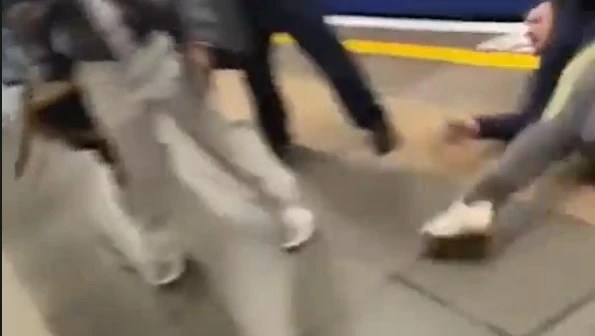