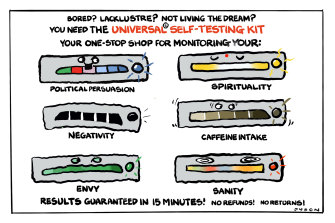 To submit a letter to The Age, email [email protected] Please include your home address and telephone number.

Ross Gittins suggests that we concentrate on making other people happy in order to find happiness ourselves (Opinion, 29/12). In a year that has seen considerable selfishness regarding COVID-19 restrictions and a lack of awareness regarding community responsibility, it would be encouraging if we could, collectively, think of others.

And there are many issues to consider – for example, aged care reform, inadequate social housing, overstretched healthcare workers and systems and childcare affordability. Perhaps 2022 is an opportunity for all of us to reset our personal and community aspirations to enable a happy new year for everyone.
Denise Stevens, Healesville

Politicians, be warned. When we emerge battered and bruised from this all-consuming pandemic, voters will demand action on crucial issues that have been swept under the carpet for nearly two years.
Vikki O’Neill, Ashburton

A long wait for results

I suspect that rising COVID-19 case numbers, increasing delays in PCR test results and failure by governments to secure timely quantities of rapid antigen tests may be leading to growing avoidance of QR check-ins. Who wants to wait up to five days to get a negative result after receiving a text message from the Health Department which says you “may have been” exposed to COVID-19?
Pam Kershaw, Collingwood

Let’s make our own kits

Rather than taking a small government, “do nothing and see what the market decides” approach to the dearth of rapid antigen testing kits available in Australia, why can’t the federal government set up its own production facility?

Surely it would not be any more costly than funding car parks or sporting clubs in marginal electorates. And there would be a net benefit for all, not just some. Our government seems to be good at graft, but less so ingenuity.
Matt Dunn, Leongatha

Our house guests from Singapore had their compulsory COVID-19 test, before they could leave Australia, at a specified testing site in Balaclava. They used our car to drive there. The queue snaked around the block and parking spots were hard to find. They left the queue twice in 90 minutes to move the car but despite this, got a $109 fine. While they were in the wrong, it seems it was a case of a “revenue-feeding” frenzy by the parking inspectors at a time when case numbers are rising rapidly.
Steve Pivetta, Mount Waverley

It is time to close the New South Wales border. Its government’s blind adherence to freedom for its citizens and businesses, belated lockdowns and compulsory mask wearing, and early lifting of restrictions show no regard for the nation at large, causing infections, Australia-wide, twice. It will do so again if it has not done so already.
Ludi Servadei, Malvern East

Greg Mullins warns that the wet spring has increased growth of vegetation across the state and when it dries off, it will become fuel for wild fires – “Black Summer could be around corner” (Opinion, 27/12). He was referring to the situation in New South Wales, but it applies equally in Victoria.

Is it therefore wise for our government to have its listed, month-long road closures in place over summer (Victoria’s Big Build), close to communities on our urban fringes where the fire risk is high and mass evacuations may be necessary? Has it considered the potential loss of lives these road closures could cause?
Jenny Anderson, Eltham

Don’t mess with our carols

At the risk of sounding like a Grinch, can someone tell me when our highly-loved Carols by Candlelight morphed into Pop Songs by Candlelight, complete with inane banter? If this is now the template for Christmas Eve viewing, then bah humbug, I say.
Anthony Clifford, Wendouree

Listen to the voices

Scott Boland’s brilliant, remarkable Test debut will never be forgotten. But his Johnny Mullagh Medal makes the day a bigger occasion than even the cricket. Let us listen and hear at last – the voices in the beautiful Uluru Statement from the Heart.
John Miller, Toorak

Cruel kicks to the fallen

I was disgusted with Oliver Brown’s description of the “gutlessness” of the English cricketers (The Age, 29/12). We know they have been outclassed in this series but to describe them as “gutless” is an unwarranted and nasty slur on their character.

It would be interesting to see Brown show his mettle against the English bowlers, let alone against Mitchell Starc, Scott Boland and Pat Cummins. The English team have been buried, do we need him spitting on their graves?
John Callahan, Lovely Banks

What Christianity is about

How unfortunate that the Anglican Church defends the sacking of of a gay teacher because of her remarks that a person can be Christian and be gay (The Age, 29/12). This self-righteous attitude by the church reflects exclusivity which is far removed from Jesus’ message of love and acceptance.

We are created as we are and must live a life that honours that truth. I find it hard to believe that the church continues to get hung up about sex (the mention of celibate, gay Christians). Shouldn’t the focus be more about how a person lives an honourable and truthful life, how we treat each other and how we protect the vulnerable? The church leaders continue to fail us as witnesses to the word Christian.
Julie Ottobre, Forest Hill

I would like to see a Liberal Democrats member approved for a job with a Labor MP. Every organisation has the right to employ people who align with their values and mission statements. Why should religious schools be treated differently? If the staff member refuses to agree with the values of the organisation that pays their salary, why is that described as discrimination?
Helen Leach, Bendigo

In defence of McGuire

Frank McGuire should resign from the Labor Party and sit as an independent. Maybe then the ALP will think about factional hits on very good performing candidates, or am I being naive?
Robin Jensen, Castlemaine

So Josh Frydenberg is popular (The Age, 28/12). The very essence of Scott Morrison’s populist approach to “leadership” is to test ideas with politically vulnerable electorates and support those least threatening in areas like climate change and controlling the pandemic.

As Treasurer, throwing money around, especially in election years, tends to make you popular but has this government improved my services despite the massive growth in government debt (The Age, 29/12)? The opposite.

Having developed pork barrelling into a new artform, Morrison and Frydenberg do not want any independent scrutiny (ie, no federal anti-corruption commission). I will vote for independent candidate Monique Ryan in Kooyong. For me it is not whether the person is popular but whether they support policies that make any sense, for now, and for my children’s future.
Richard Strugnell, Kew

Question 14 of Superquiz (The Age, 29/12) asked: “The Jawoyne people from the Katherine region recognise how many seasons in the year?” The answer was five – Jeyowk, Bangkarrang, Malapparr, Jungalk and Guran.

Did anyone get all five correct? If so, could they please supply a translation? Such knowledge is a valuable insight to our environment and its sustainability. We should not ignore such information.
Chris Pollock, Donvale 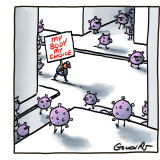 Rapid antigen testing will be convenient, but will those who self-test positive follow the isolation procedures?
John Groom, Bentleigh

My heart goes out to those who have died. It seems they’re just an accepted number in the news.
Robyn Stonehouse, Camberwell

NSW’s Health Minister says everyone there will catch COVID. A nice note to end 2021 from a state where COVID is out of control.
Garry Meller, Bentleigh

What a fantastic achievement by Scott Boland. I hope his name and the figures of 6-7 will go up on the wall in the MCC reserve.
Kaye Dickson, West Brunswick

Boland has achieved greatness on debut. The selectors should drop him so his figures stay miraculous.
Kishor Dabke, Mount Waverley

When England’s cricketers return home, they’ll face an isolation like no other. It will be straight to the tower.
Barbara Abell, Essendon

Queen Victoria would not be amused.
Stan Marks, McKinnon

With government debt increasing the most of any major economy this century (29/12), it’s just as well the adults are in charge.
Annie Wilson, Inverloch

Religious zealots obviously don’t understand that one’s sexuality is not a choice. One is born with it.
Judy Trinham, Surrey Hills

Is your newspaper now The Harvey Norman, with The Age liftout?
Peter Cash, Wendouree

Gay Alcorn sends an exclusive newsletter to subscribers each week. Sign up to receive her Note from the Editor.