‘Postcode privilege’: Australia edges towards UK and US levels of inequality

Australia is edging towards British and American levels of inequality, with the COVID-19 crisis widening the gap based on wealth and where people live.

Nine out of 10 Australians believe there is a growing social divide that has worsened during the pandemic, according to the report Australia’s social fabric: Exploring features of the modern Australian spirit. 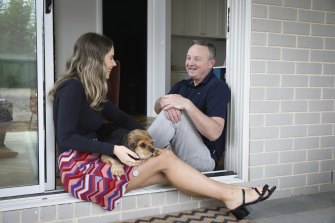 “Extended periods of time stuck at home has made people in lower-socio economic areas feel they had less access to parkland and open space,” he said.

Residents in Fairfield said they were treated unfairly after the state government imposed a harsher lockdown across western Sydney during the COVID-19 crisis – an opinion shared with David Borger, executive director of Business Western Sydney.

“Those of us in western Sydney had helicopters circling above throughout the day and night and ran the risk of being fined for venturing out beyond 9pm to buy a Cornetto,” he said. “Yet those in the east were packing out beaches and enjoying a lack of a curfew.”

Mr Borger said residents of western Sydney did not “need to be saved, but they don’t get the same life chances that come with established networks in the east”.

“The other great divide is the length of commute,” he said. “A life spent on the motorways can be very frustrating.”

Dr McMillan said the spread of COVID-19 in south-western Sydney showed how much harder it impacted people on lower wages and in service-based industries where they couldn’t work from home. 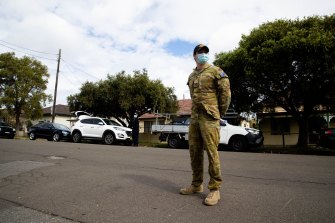 The Police and ADF conduct checks in Lakemba in August to see if people are home who are meant to be in isolation.Credit:Janie Barrett 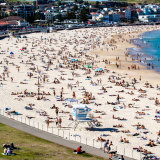 Bondi Beach was packed in September during lockdown, while western Sydney had curfews. Credit:Edwina Pickles

“More affluent areas tend to have better schools, improved infrastructure and employment opportunities which helps each generation continue to succeed,” he said.

Mainstreet co-founder Mark McCrindle said suburbs had less of a mix of social classes, with emergency service workers, teachers and retail staff largely unable to afford to live in the communities they serve.

“Since the start of the pandemic, we’ve seen property prices soar to the point that future generations will only be able to enter the property market based on the assets held by their parents,” he said.

The report found three times as many people expressed optimism about the future as opposed to pessimism, but older people were less likely to say Australia was a classless society, which was “perhaps due to the experience of older generations growing up with clear socioeconomic divisions of education, job type and income”.

Bill Randolph, a professor in the City Futures Research Centre at the University of NSW, said he was unsurprised that younger people were more optimistic.

“It’s when they get into their 30s that the differentials in parental wealth and income potential start to impact,” he said. “I’ve seen that in my own children as they moved from the early 20s to their early 30s.”

Professor Randolph said the housing market was widening wealth and income differences and “this has simply got out of control”.

“However, governments are simply unwilling to challenge the power of the property lobby on this issue and also fear the wrath of the boomers who stand to lose if house prices were seriously impacted or held back,” he said.

Professor Randolph said there was a “clear need” to address minimum wages and consider taxes on inherited wealth, “which is where the new social divide is opening up”.

Data from Jesuit Social Services found 13 per cent of postcodes in NSW accounted for more than 50 per cent of disadvantage.

Mr Borger said Australia was becoming less equal, pointing to the increasing challenge faced by young people wanting to own a home.

“The real worry is that if inequality deepens we could get crazy political outcomes and sectarian division that has crippled America,” he said.