Police probe 'unexplained' blaze that caused the death of a mother

Police forensic experts have begun a probe into an ‘unexplained’ blaze in a vintage holiday caravan which killed a woman holidaymaker.

Police confirmed today that two children and a man who were injured in the fire early on Sunday morning are still being treated in hospital.

The scene remains cordoned off while forensic officers sift through the wreckage at the Happy Days Retro Vacations site at Wardspring Farm near Saxmundham, Suffolk.

A Suffolk Police spokesperson said: ‘The investigation is ongoing and the cause of the fire is being treated at this stage as unexplained. We have no other updates.’ 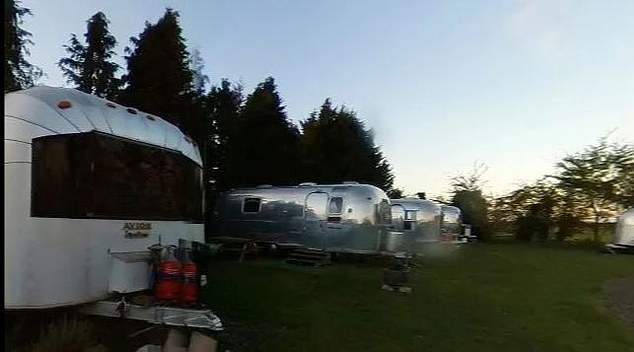 Fire crews, the ambulance service and police descended on the Happy Days Retro Vacations caravan site at Wardspring Farm in Leiston Road (pictured) shortly after the fire was reported but were unable to save one of the victims 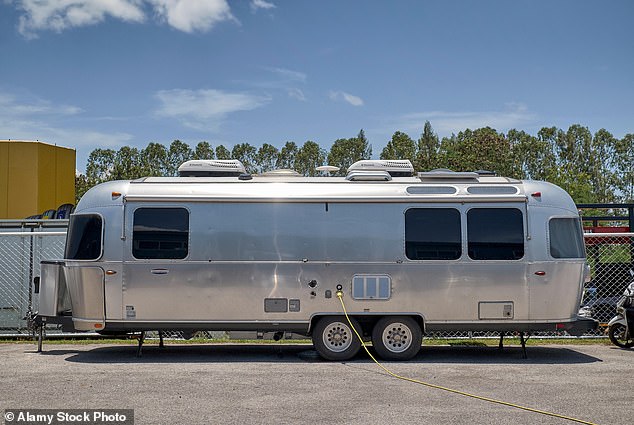 The spokesperson refused to comment about the condition of the two children and man who were injured in the blaze which started at around 4.40am.

Flight tracker records reveal that an East Anglian Air Ambulance helicopter was flown to the site from its base at Norwich airport after firefighters rushed to the scene.

The records show that the air ambulance then flew on to Ipswich Hospital, suggesting that one or more of the victims were on board.

Richard Smith, a Suffolk county councillor for the area, said he had been told the victims were a family who were holidaying in the area from Surrey.

He said: ‘As a county councillor, I am informed of serious incidents that happen in my area.

‘I was very sad to hear of this tragic incident. I heard the family was in one caravan, but unfortunately one woman was not able to make it out.

‘I understand that the others who were in the caravan suffered burns which is not surprising as they were trying to get out of a caravan on fire.

‘It’s a terrible tragedy for a family who had come up to Suffolk to enjoy a holiday in the good weather. All my thoughts are with the family, who have lost a wife and mother.

‘I’m sure the fire service operatives did all they could. It is such a tragic story.

‘I want to say how grateful I am for the fire service, who have had a tough job in the last week.’

The Happy Days site which opened in 2015 describes itself on its website as a ‘vintage glamping site’ for ‘the perfect country getaway’. 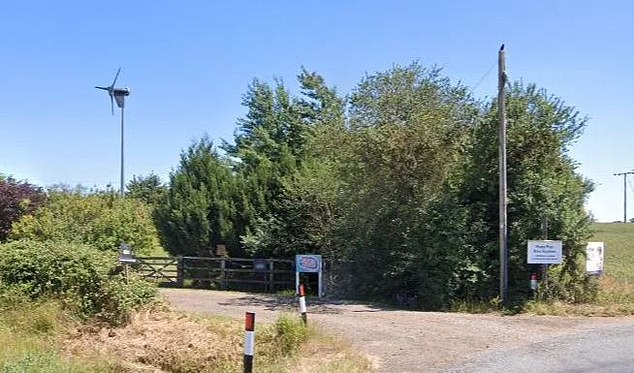 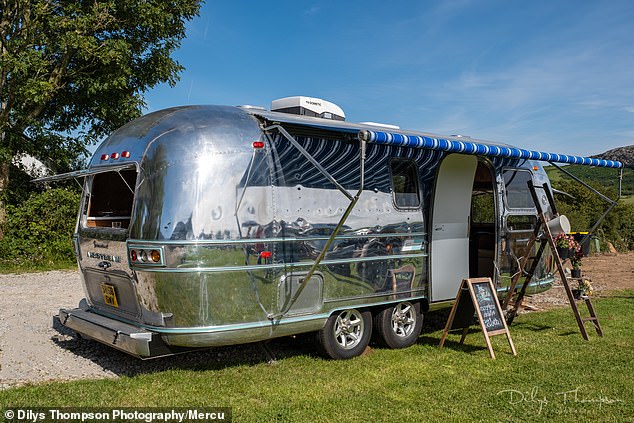 It has seven fully restored American Airstream caravans built between the 1950s and 1970s costing from £550 a week, as well as a small British two berth caravan.

The site is on a small tree-lined plot surrounded by farmland with a toilet and shower block, a cinema hut and an escape room for family entertainment.

It also has space for a small number of visiting vintage camper vans and caravans.

Police say they are leading a joint investigation into the blaze, along with Suffolk Fire and Rescue Service and East Suffolk Council,

Staff at the family-run site have so far refused to comment. One said: ‘It is still very raw. I am not saying anything.’

Saxmundham town councillor Jeremy Smith, also expressed his condolences to the family after the tragedy

He added: ‘Obviously, it is extremely sad to hear that someone has died.

‘From our point of view, in and around Saxmundham is a very safe place to be. It is extremely rare for this sort of thing to happen.

‘Our full condolences go to the friends and family of the deceased.’

A Suffolk Police statement said: ‘Fire crews, the Ambulance Service and Police attended a caravan fire at a site near Saxmundham early on July 24.

‘One woman died in the blaze and three other people were injured and are in hospital.

‘The fire broke out at around 4.40am and was confined to one caravan.

‘The Fire Service, East Suffolk Council and Suffolk Police are jointly investigating the incident. Police officers are supporting the next of kin.’