A bizarre plan to send Northern Ireland’s political leaders on a ‘game hunting’ trip in South Africa was considered during the peace process, documents reveal.

Declassified files detailed Ireland’s proposal to host a meeting with those from the main parties at a game reserve in February 1997.

But sending Gerry Adams of Sinn Fein, Ian Paisley of the DUP and David Trimble of the UUP on a safari – with a ‘midnight game hunting expedition’ – was dismissed by then-Taoiseach John Bruton.

He said the idea was ‘rubbish’, adding: ‘It is the sort of indulgence that adds to the problem.’ 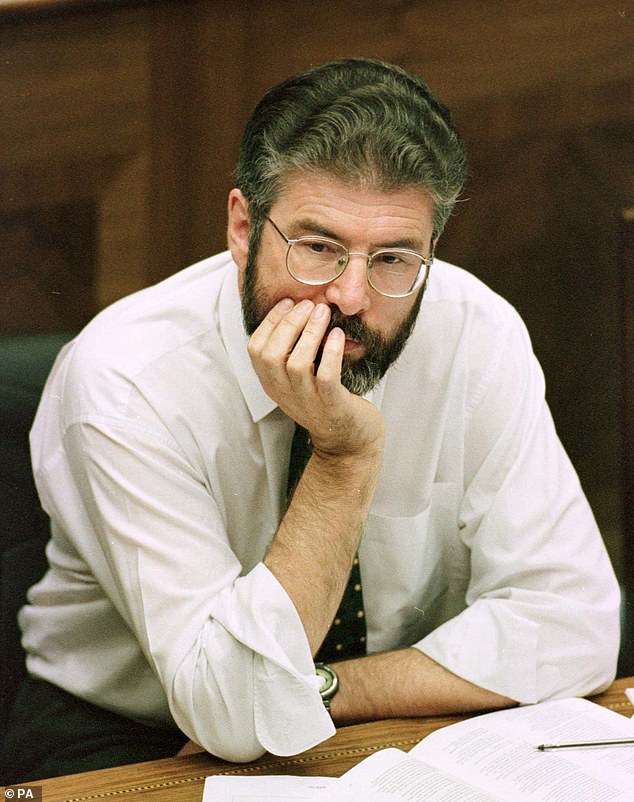 Sinn Fein President Gerry Adams listening to other party members during the first day of debating in the new Northern Ireland Assembly chamber at Parliament Buildings, Stormont, in 1998

He was opposed to any foreign junket being offered to parties who had been reluctant to enter into the peace talks.

But the proposal had been seriously considered by officials in Ireland.

It was suggested that 30 politicians from Northern Ireland would meet with South African politicians to discuss the country’s experience of post-apartheid conflict resolution.

The plans, released by the National Archives, were included in a tranche of previously classified files. 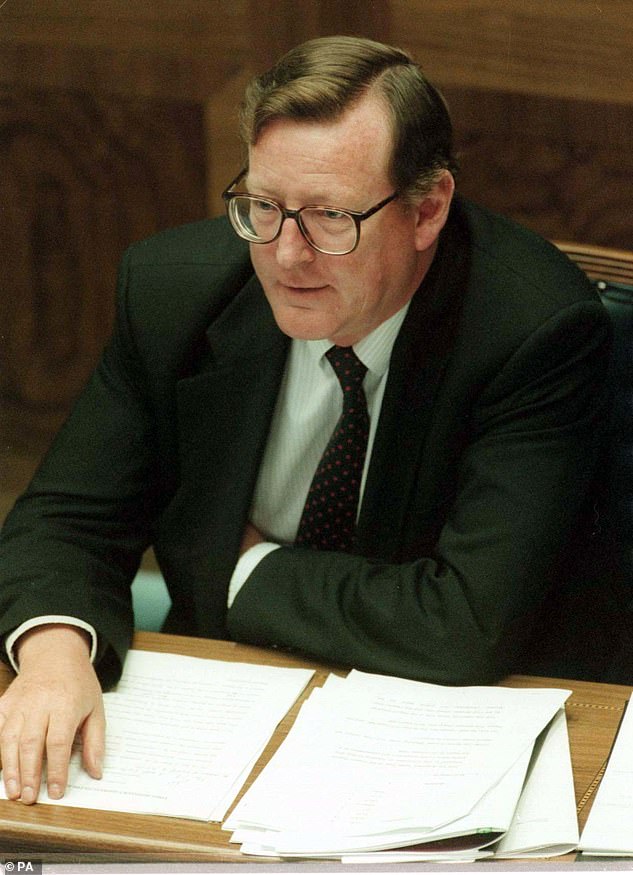 The first face-to-face negotiations between Ulster Unionist Party (UUP) leader David Trimble and his counterparts from Sinn Fein only took place in September 1997.

At the time, the UUP was the largest unionist party in Northern Ireland and it had refused to engage with the talks initially.

The historic moment when the two sides shared a conference room for the first time during the peace talks was recorded in minutes from the meeting as ‘something of a damp squib’.

Mr Trimble was said to have told the meeting at Stormont that he had come ‘to confront Sinn Fein rather than negotiate with them’.

An official summary of the talks noted: ‘The Unionists shared the same conference room as Sinn Fein for the first time… A historic change had occurred.’

Leaders of the main parties signed the Good Friday Agreement a year later in 1998.