Avalanche danger is considerable in widespread areas of Colorado mountains. 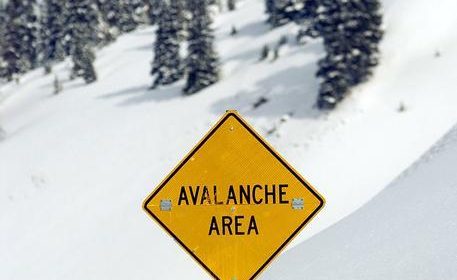 Dangerous avalanche conditions exist in widespread areas of the Colorado mountains where an avalanche warning has been posted through Tuesday and into Wednesday.

A special avalanche advisory is in effect for the Steamboat, Flat Tops and Front Range mountains, according to the Colorado Avalanche Information Center.

“Heavy snow and strong winds will result in natural avalanches,” the CAIC said. “Avalanches can break wide and run further than you might expect. You can trigger avalanches from below or from a distance.”

The Avalanche Warning is posted through 8 a.m. Wednesday.

Northern and east-facing slopes are currently most troublesome, the CAIC said. Recent snows and winds have “created a dense slab that rests on top of old, weak snow where” large, deep, and destructive avalanches can trigger easily. Considerable and dangerous avalanche conditions exist above, near and below treeline in some areas.

A winter storm warning posted by the National Weather Service runs through 5 p.m. Wednesday. The warning covers the southwest San Juan Mountains, Grand and Battlement
Mesas, and the West Elk and Sawatch ranges. Up to a 20 inches of fresh snow is expected in some mountain areas above 10,000-feet in elevation along with 55 mph winds.

“Travel could be very difficult,” the weather service said. “Widespread blowing snow could significantly reduce visibility.” Winds chills could plunge to 25 below zero and cause frostbite in about 30 minutes.