THE mum of a paramedic who filmed herself dancing with pals has hit back at "stupid" critics of the videos.

Rhianna Higgins and her crewmate spent their break choreographing dance videos for TikTok while on duty for Yorkshire Ambulance Service. 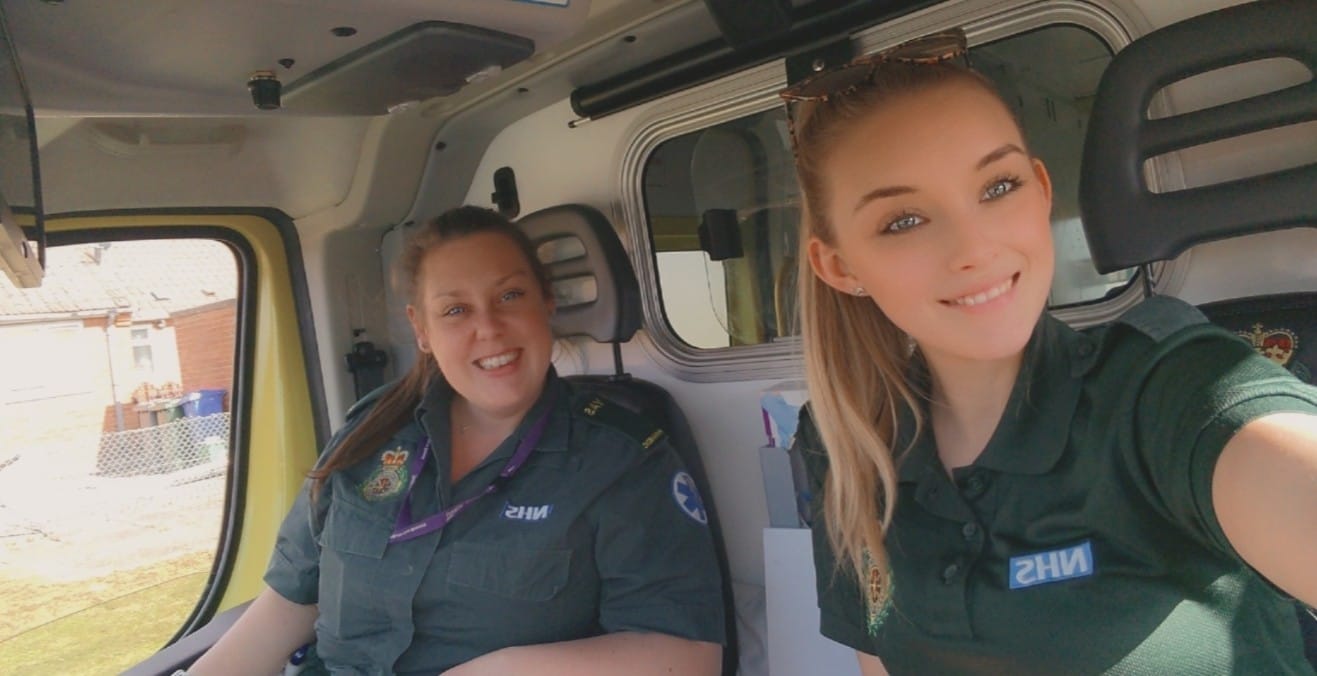 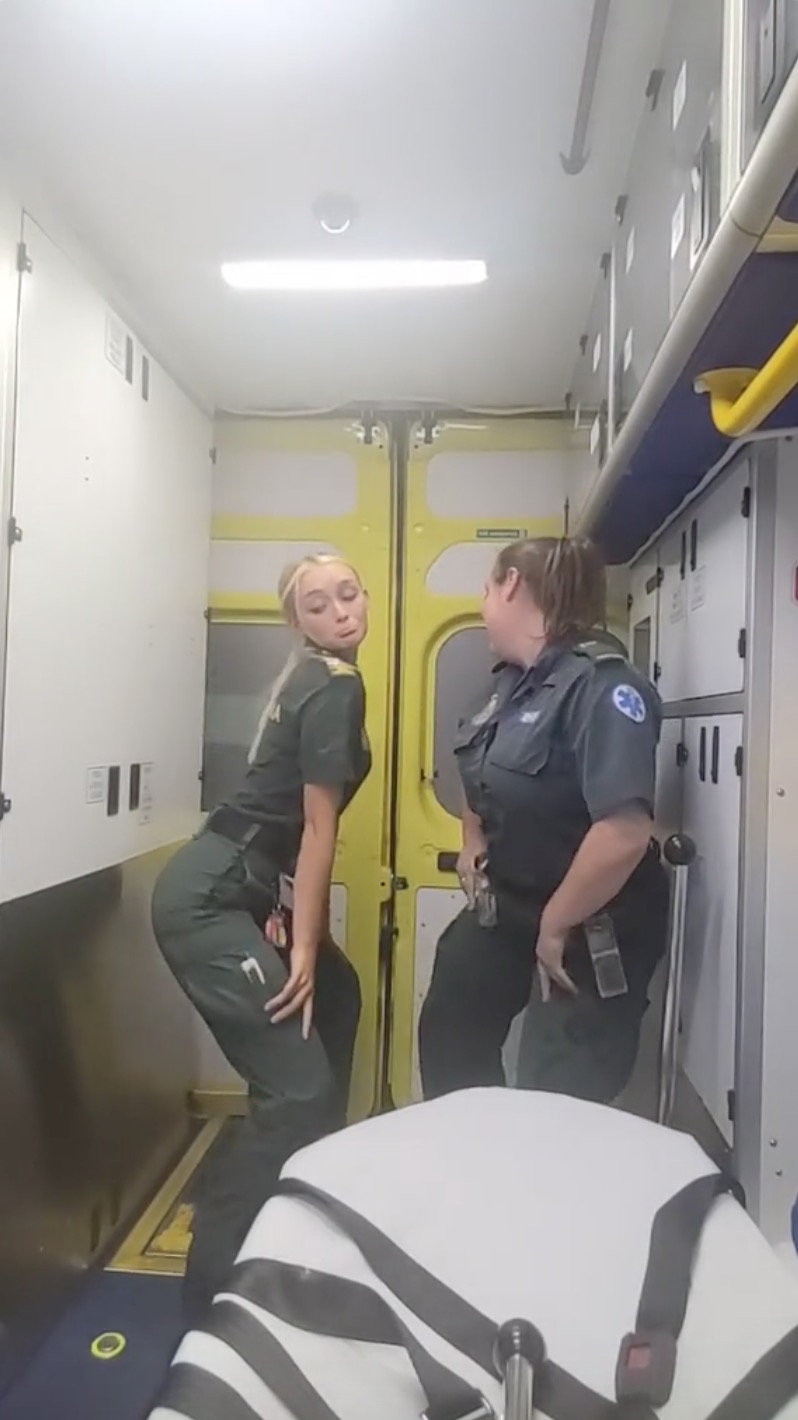 The pair can be seen posing and shimmying in the back of the ambulance, to a remix of Justin Bieber's song Baby.

Rhianna, 25, who lives in Doncaster, south Yorks, uploaded the footage to her TikTok along with several others in what appears to be ambulance buildings.

But the joke backfired when hundreds of people slammed them on social media for being unprofessional.

Rhianna wasn't available to comment at the family home in a leafy suburb of Doncaster.

'BLOWN OUT OF PROPORTION'

Her mum said she didn't want to speak and told Sun Online: "It is stupid the dramas this has caused.

"It has been blown out of all proportion."

A mum of another one of the paramedics in a video defended her daughter, who she said thinks the video is "funny".

She insisted the stunt would not compromise her daughter's job.

The paramedic's stepdad nodded in agreement, adding "They can't get ambulance drivers.

"The pay is not great and they do an amazing job."

It is stupid the dramas this has caused

A former neighbour of another paramedic in one of the videos said: "She absolutely loves her job and would be absolutely devastated if this bit of fun leads to any trouble."

It is understood that Rhianna has worked for YAS for at least 18 months, and has posted several dances to the platform.

She also posted footage with another pal, in full paramedic uniform, dancing in front of an ambulance with blue lights blaring and also in a break room.

Rhianna captioned the video “Little boogie on break” before adding hashtags including #999 #crew #emergency. It has received 250,000 views.

But her post saw hundreds of people hit out at her and her co-worker, saying they were disappointed in the pair.

One angry user wrote “and people wonder why it takes 3h for 1 to turn up” while another said “now I know why my nan didn’t make it.”

A furious commenter said: “Wow god help us all if we call 999 when all they think about is TikTok.”

One of the viewers even reported the footage to the NHS, with Rhianna replied: “Why feel the need to comment and report hun, if you’re not keen just keep scrolling.”

Another questioned: “wow how do you find time with everyone dying from the world’s most deadly disease running rampant?”

The identity of the second paramedic has not been revealed, but some users appear to have taken a shine to blonde Rhianna.

Despite offending certain users, some could simply not hide their admiration for the performing paramedic – calling her “stunning.”

One said: “I love that blonde she smashes it” along with a smiling emojis with hearts.

Although the cheerful clip prompted people to share their disapproval and write negative feedback, Rhianna’s dance also made others happy.

One woman wanted to share her support and left the following comment: “They’re on a break, can’t fault them.

“8 minutes to get my dad and save his life 8 times over. Massive respect to ambulance services!”

Neither woman has addressed the comments since the TikTok video was uploaded, and it is not the first that Rhianna has uploaded while she is at work.

In April 2020, she uploaded a video dancing to the “Oh Nanana” trend on TikTok with another colleague in front of an ambulance vehicle with its blue lights flashing.

Other videos show Rhianna mucking around on a chair and dancing with another colleague in the YAS HQ.

Yorkshire Ambulance Service NHS Trust serves a population of five million people and employs 4,500 staff as well as having 1,000 volunteers.

A Yorkshire Ambulance spokesperson said: “We are aware of the video which was filmed during a rest break.

"We are taking the opportunity to remind colleagues about acting professionally at all times when representing the Trust.

"We remain very proud of the amazing job our staff do to care for patients, often in challenging circumstances.” 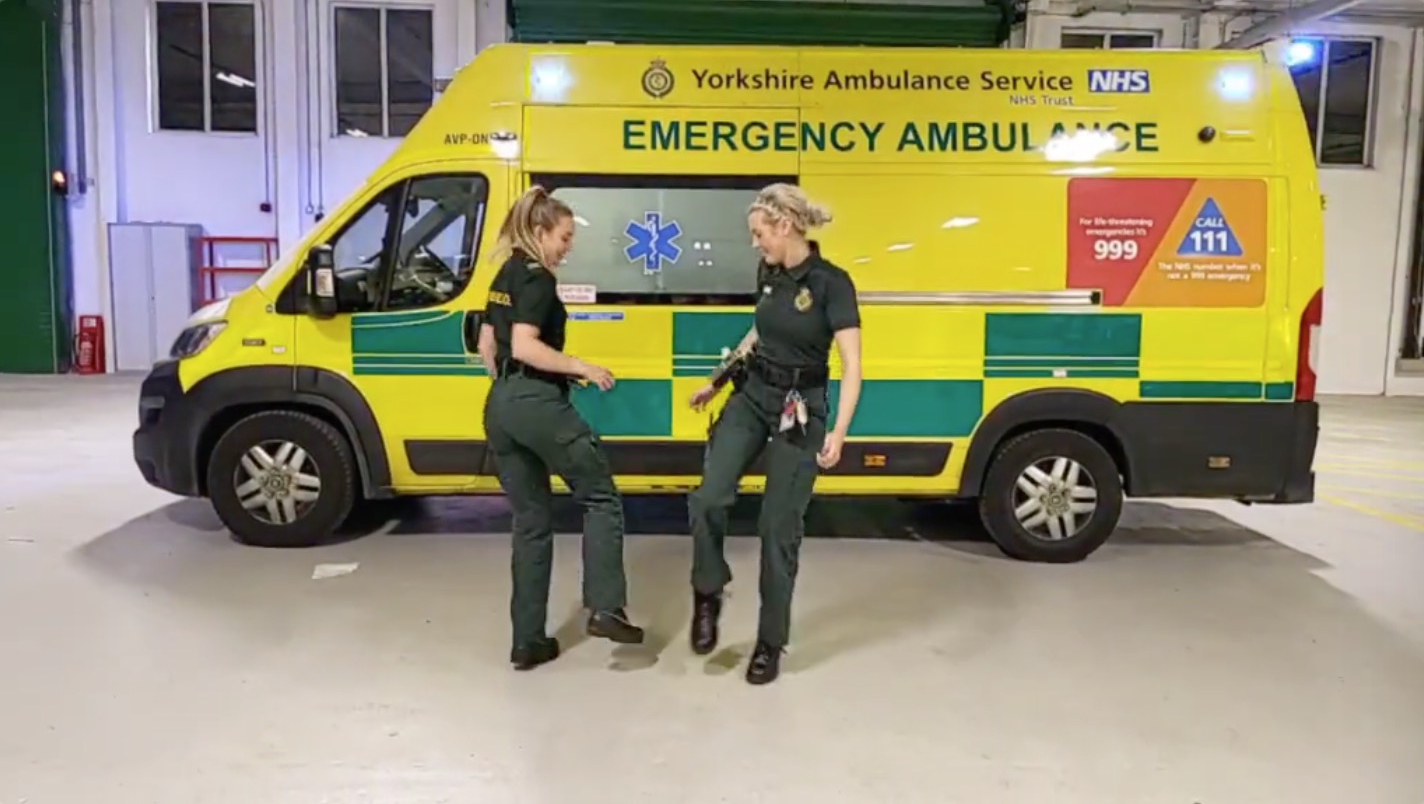 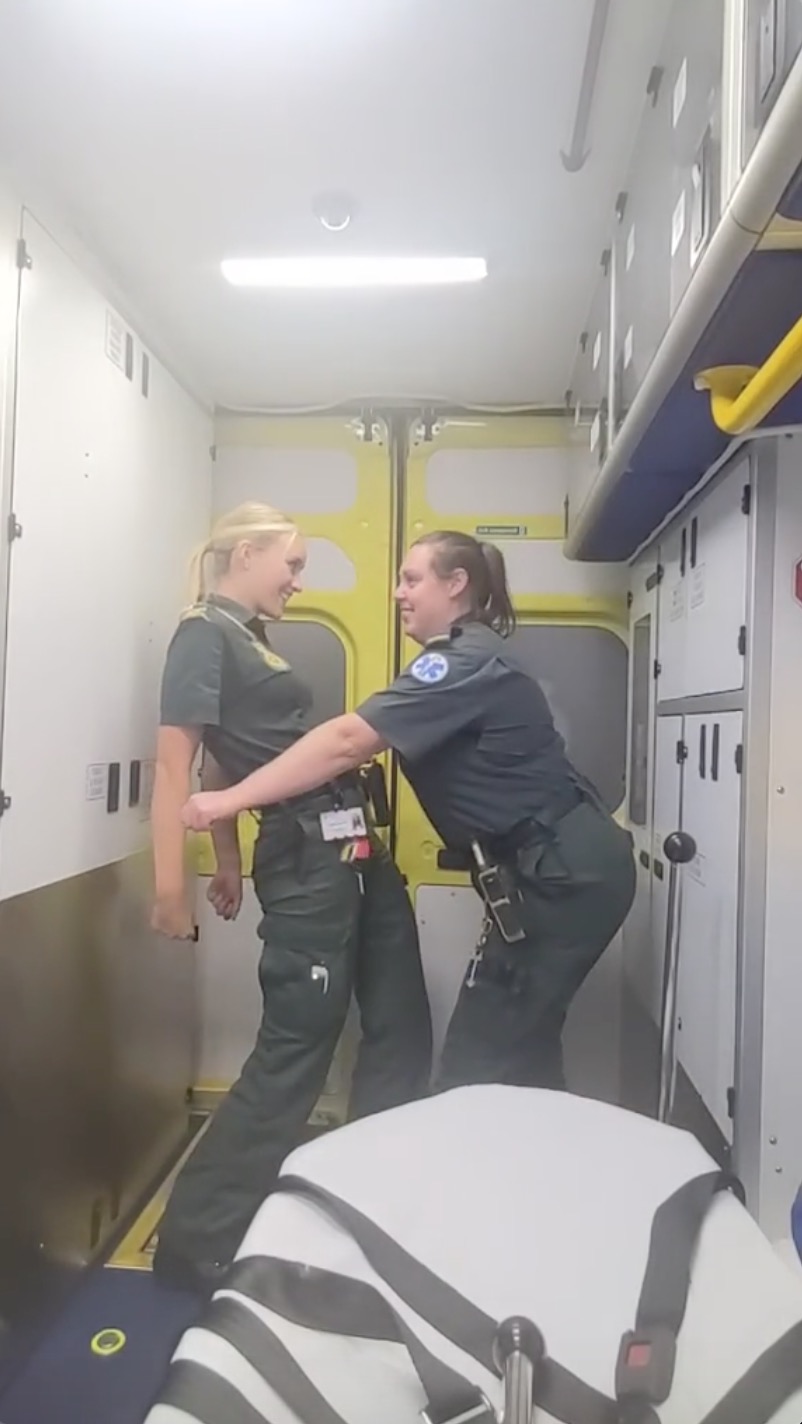 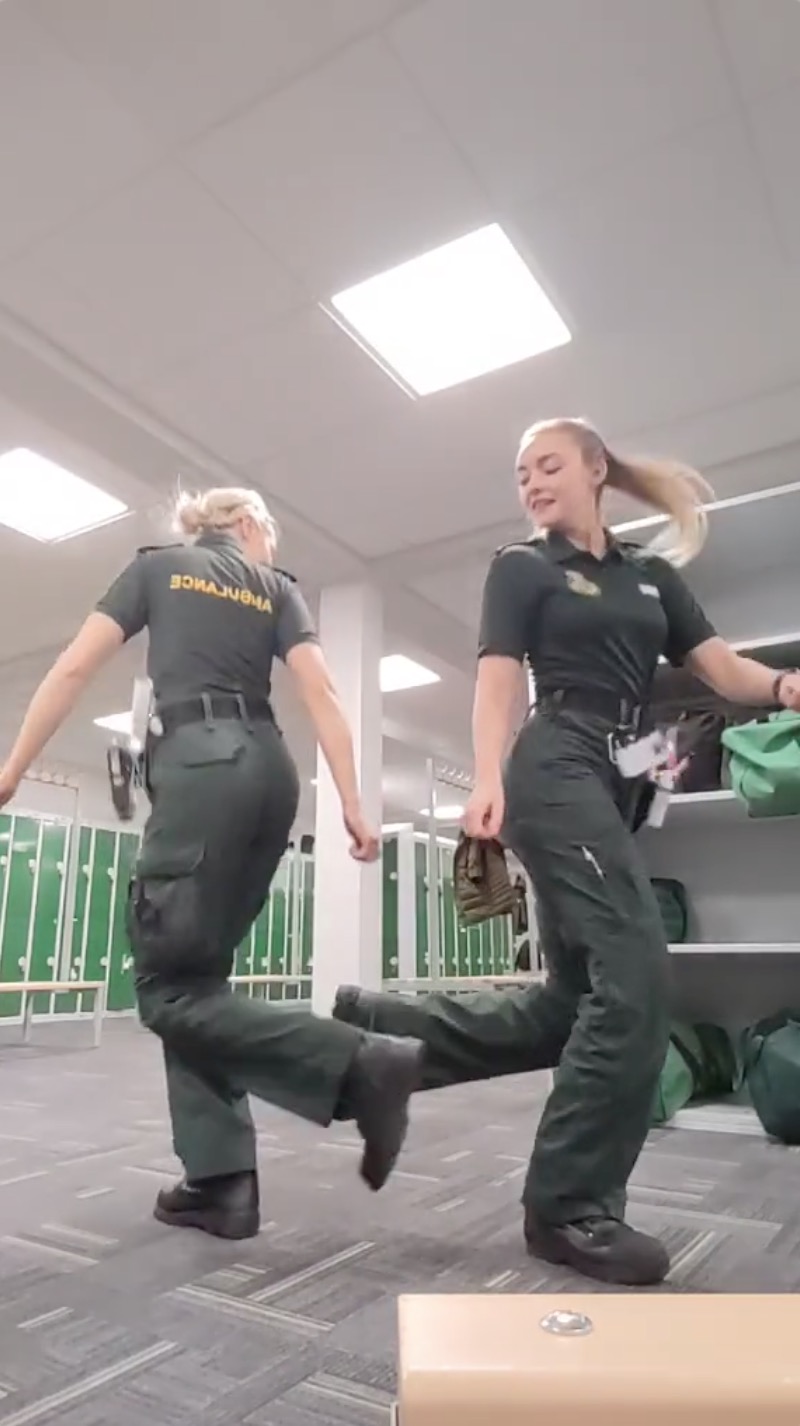