A HUGE spaceship up to 1km long could be built by China as the country's space agency is working on a plan for the build.

The National Natural Science Foundation revealed a four year programme is in place to try and work out if they could build such a large ship in orbit. 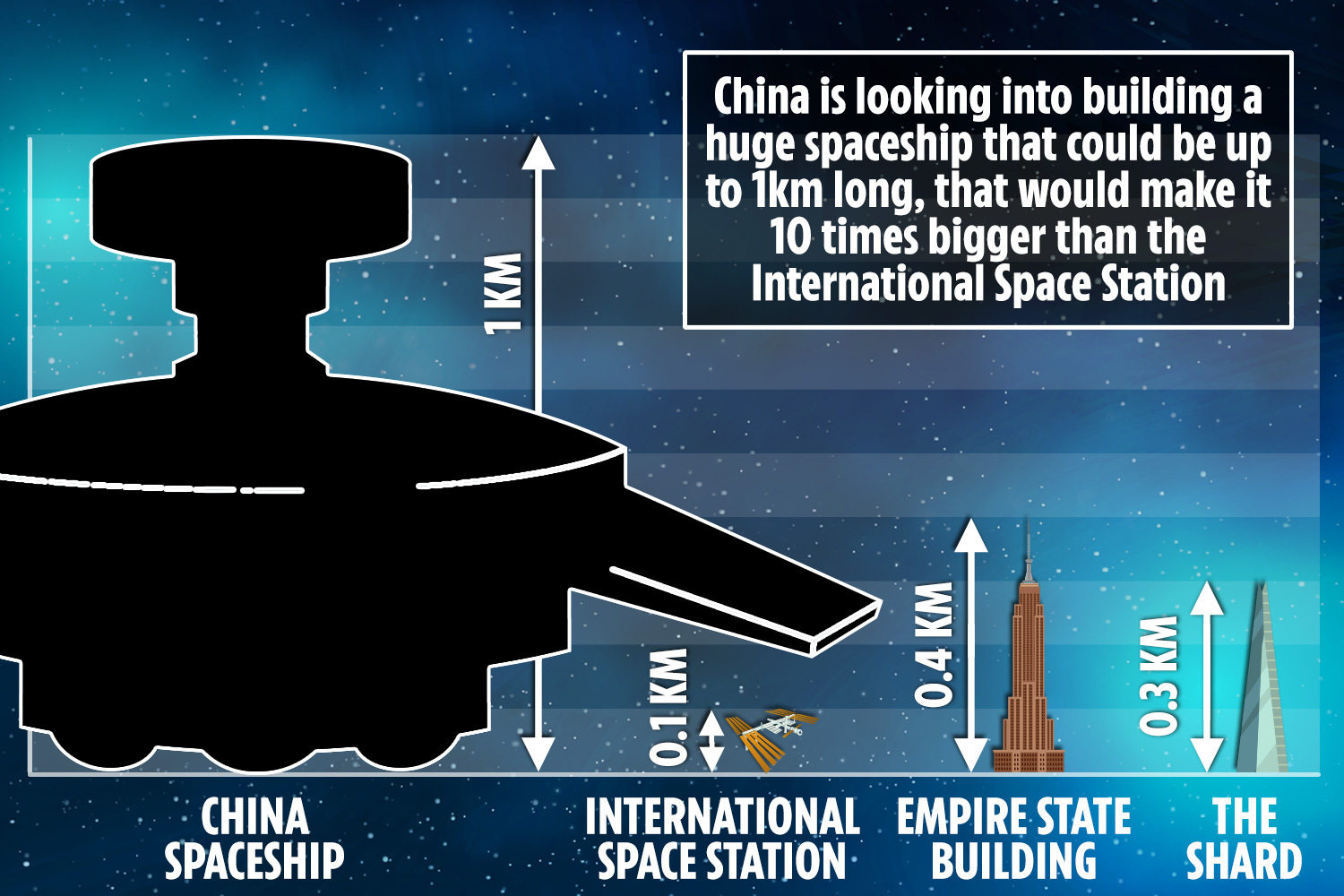 This would require sending components up to space on rockets and somehow assembling the spaceship in zero gravity conditions.

China's foundation said it was looking at “space equipment for future exploration”.

It has the goal of having a “long-term stay” in orbit.

If the a 1km spaceship was built, that would make it 10 times bigger than the International Space Station.

China's state media has revealed that the plans are complicated.

Components of the craft would need to be as light as possible to make construction viable.

A large spaceship has never been built in orbit before.

China is currently assembling its own space station, just like the ISS, in orbit.

The main section of China’s Tiangong space station was put in orbit back in April.

It's floating 236 miles above the Earth.

China has planned another 11 missions in the next year and a half to finish off building the space station.

The country also landed a rover on Mars this year as it competes with countries like the US in a space race to make discoveries on the Red Planet.

Find out more about science

Want to know more about the weird and wonderful world of science? From the Moon to the human body, we have you covered…

In other news, Elon Musk claimed that SpaceX could put humans back on the Moon before Nasa's hotly anticipated 2024 Artemis mission.

Musk's other firm, Tesla, has announced it is working on a humanoid robot that performs "boring or dangerous tasks".

WhatsApp is working on a feature that could see your messages disappear after 90 days.

And, Twitter is having to make changes to its redesign of the app after users complained about headaches and migraines.

We pay for your stories! Do you have a story for The Sun Online Tech & Science team? Email us at [email protected]