A HEARTBROKEN mum today sobbed "my child, my child" after her son was "stabbed" to death as cops quiz a woman, 49, held on suspicion of murder.

Mario Lazaraci, five, was discovered with fatal injuries at a home in Coventry, West Mids, and was pronounced dead at the scene yesterday evening. 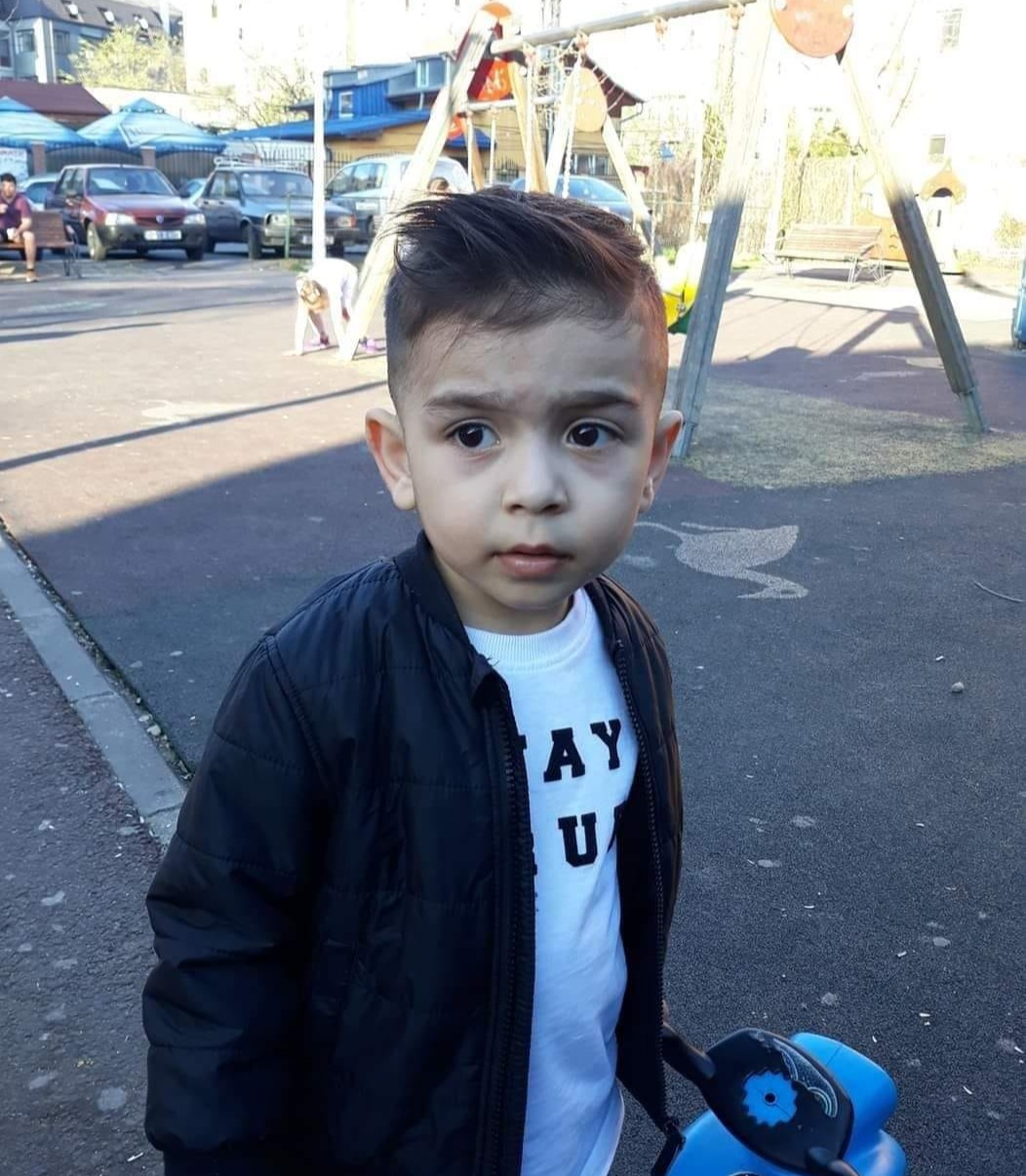 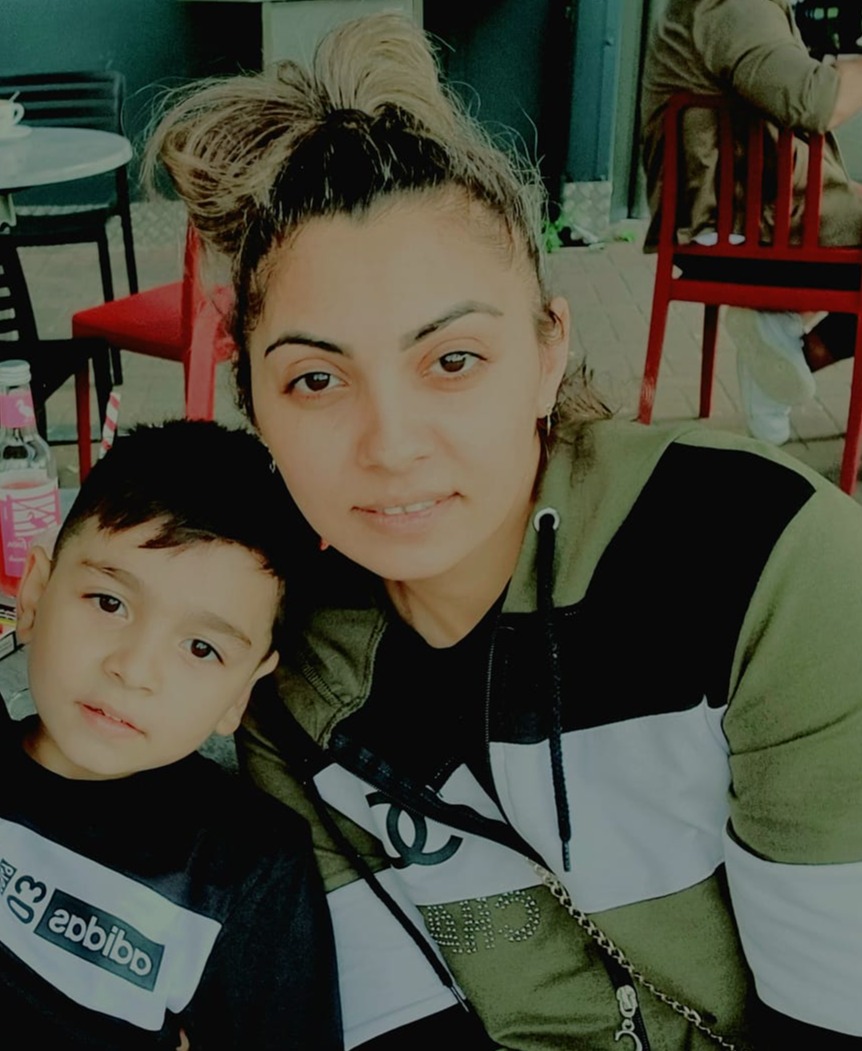 His heartbroken parents Cristina and Dorin were understood to both be at work when their son died at the home in Poplar Road, Earlsdon.

Cops yesterday arrested a woman, 49, after the youngster was killed – and they confirmed they aren't looking for anyone else in relation to the tragedy.

Police said that the arrested suspect was known to the family – but was not Mario's mother.

Little Mario was today remembered by a family friend as the “happiest boy I’ve ever seen in my life”.

His devastated family members told The Sun: “Mario was a very happy boy. The happiest boy I’ve ever seen in my life.

"He was no trouble, never. He was such a good boy.

“He loved going to school, learning and developing skills and talking about his colleagues from the school. He was a brilliant child.

“His parents are devastated.”

Screams heard after boy, 5, 'stabbed' to death as woman, 49, arrested

ADELE OF A MESS

Witnesses say they saw a woman run into a nearby Co-op store screaming “Police, police! My child, my child” before cops tragically discovered the boy’s body less than an hour later.

Store managers allegedly rang 999 before the shop was later closed for officers to retrieve CCTV.

Police were today seen doing fingerprint searches on the street between the shop and where the boy was found.

A shopper, who witnessed the mum's pleas, told The Sun: “She came in screaming for help at about 5.20pm. She wanted the police and then she left.

“She came in begging for help – she started screaming ‘police, police. My child, my child.’

“She was in real distress. The police were called and then they shut the shop.

“They told everyone to get out of the shop. I think they were checking for CCTV and figure out the whereabouts of where this woman had gone.

“I don’t know who the woman was – I thought it must have been the mum if she was saying ‘my child’."

The woman added: “I’ve got friends who live on the street where the boy died. I was told he was stabbed. I just can’t get my head around it.

A second witness added: “She was desperate. It was horrific.”

A dog-walking neighbour also told The Sun she heard “screaming” and “shouting” before police turned up at the home a short while later.

Police were unable to confirm if the boy was stabbed and are waiting on the post mortem results.

Emergency services were called to Poplar Road in Earlsdon shortly before 6pm yesterday. 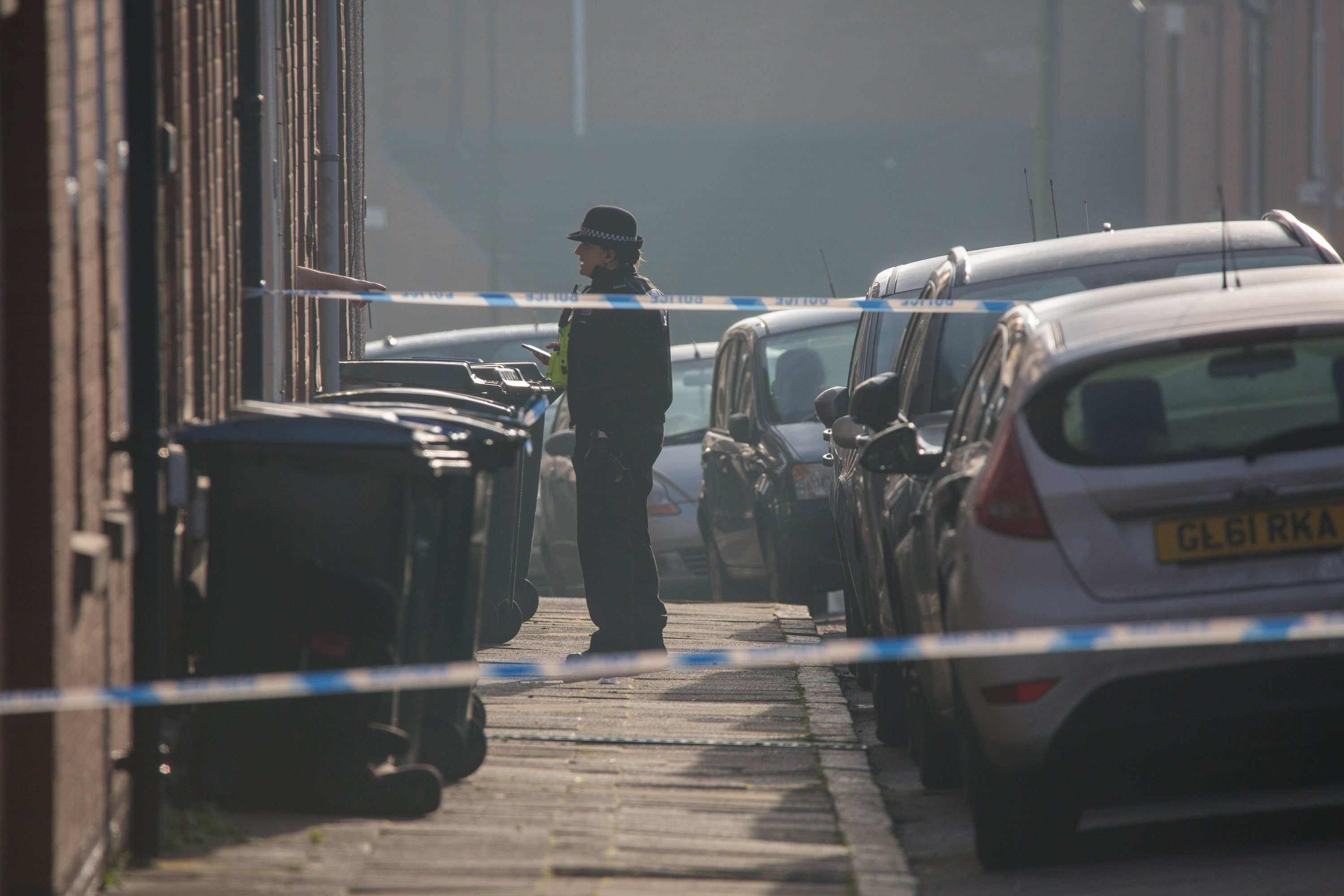 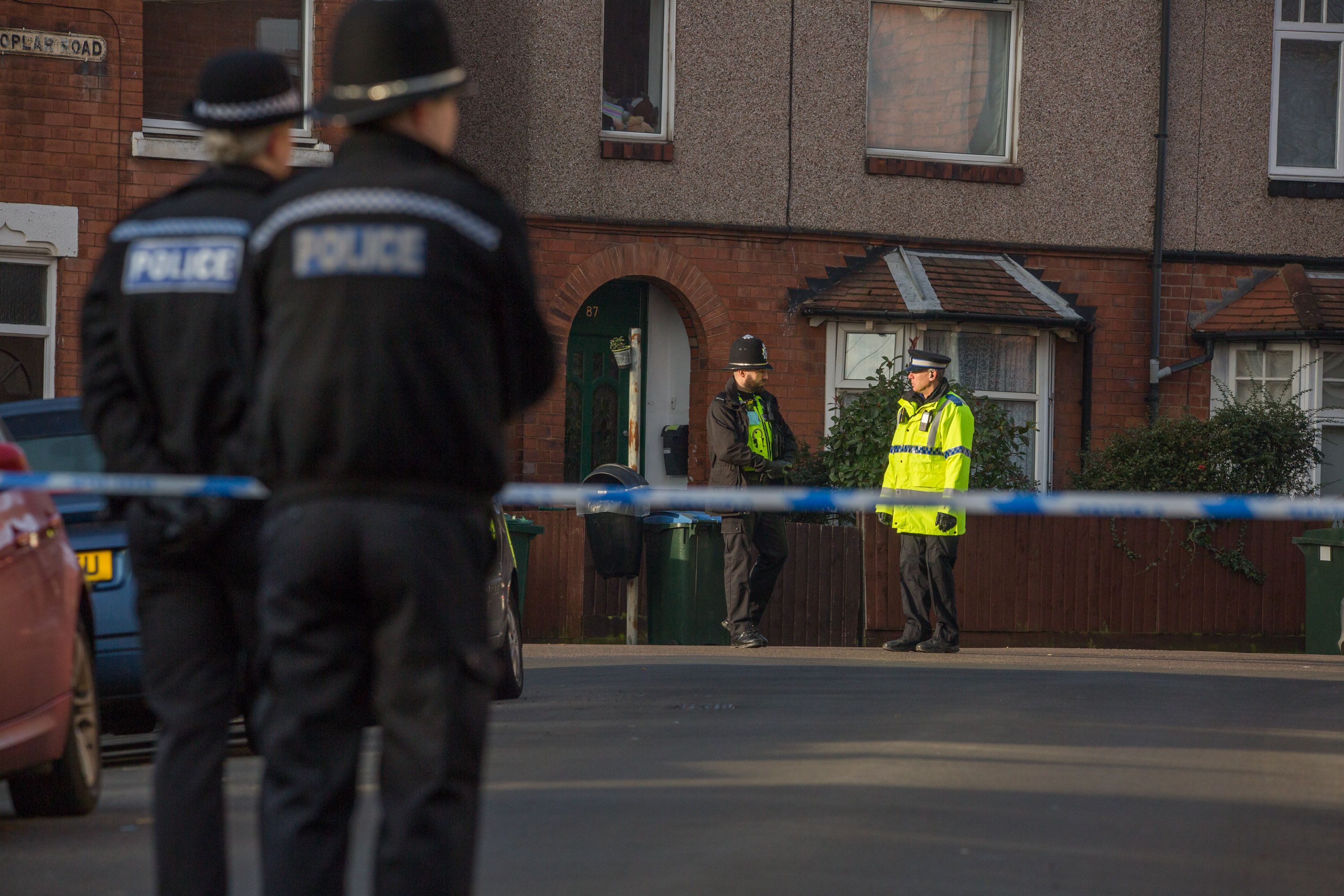 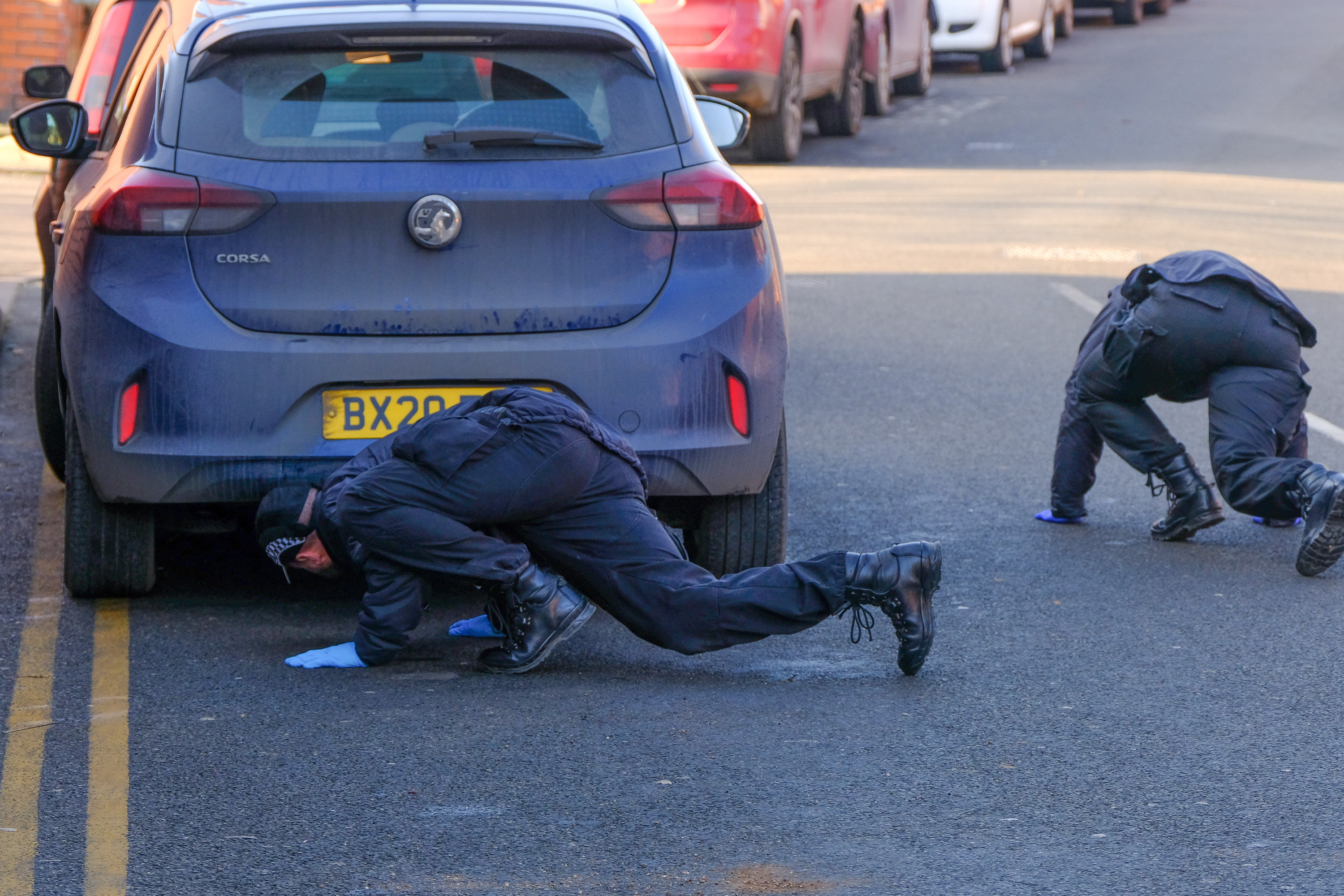 A woman, aged 49, was arrested and taken in for questioning on suspicion of murder, cops said.

Police confirmed that the woman was known to the five-year-old boy.

Despite the best efforts of paramedics, the boy was confirmed dead at the scene.

Police and forensics officers are understood to be combing the terraced house for vital clues, conducting door-to-door enquiries and looking for CCTV.

Hearsall Primary School, where Mario was a pupil, has been informed – and they are providing support to pupils and parents.

Superintendent Ronan Tyrer, from Coventry Police said at a press conference today: "We found a young boy just short of his sixth birthday with multiple injuries.

"Despite the extensive efforts of police officers and paramedics unfortunately nothing could be done to save him.

"His parents are being supported by specialist family liaison officers during this heartbreaking time.”

He confirmed that the woman arrested is not the boy's mother – and that police aren't looking for anyone else in relation to the ordeal.

Superintendent Tyrer said last night: "This is an absolute tragedy and our thoughts are with all those impacted by this terrible passing.

"The loss of any life – especially one so young – is always extremely painful and we know this will cause a lot of shock and concern.

"A suspect has been arrested and it's important we allow time for detectives to fully investigate the circumstances around the death.

"We'll continue to have a policing presence in the area and do our best to support everyone during this difficult time."

A West Midlands Ambulance Service spokesman said: “On arrival, crews discovered a boy in a serious condition. He was already receiving medical attention from police colleagues.

“Ambulance staff immediately began administering advanced life support but sadly, despite everyone’s best efforts, it became apparent nothing could be done to save the boy and he was confirmed dead at the scene.” 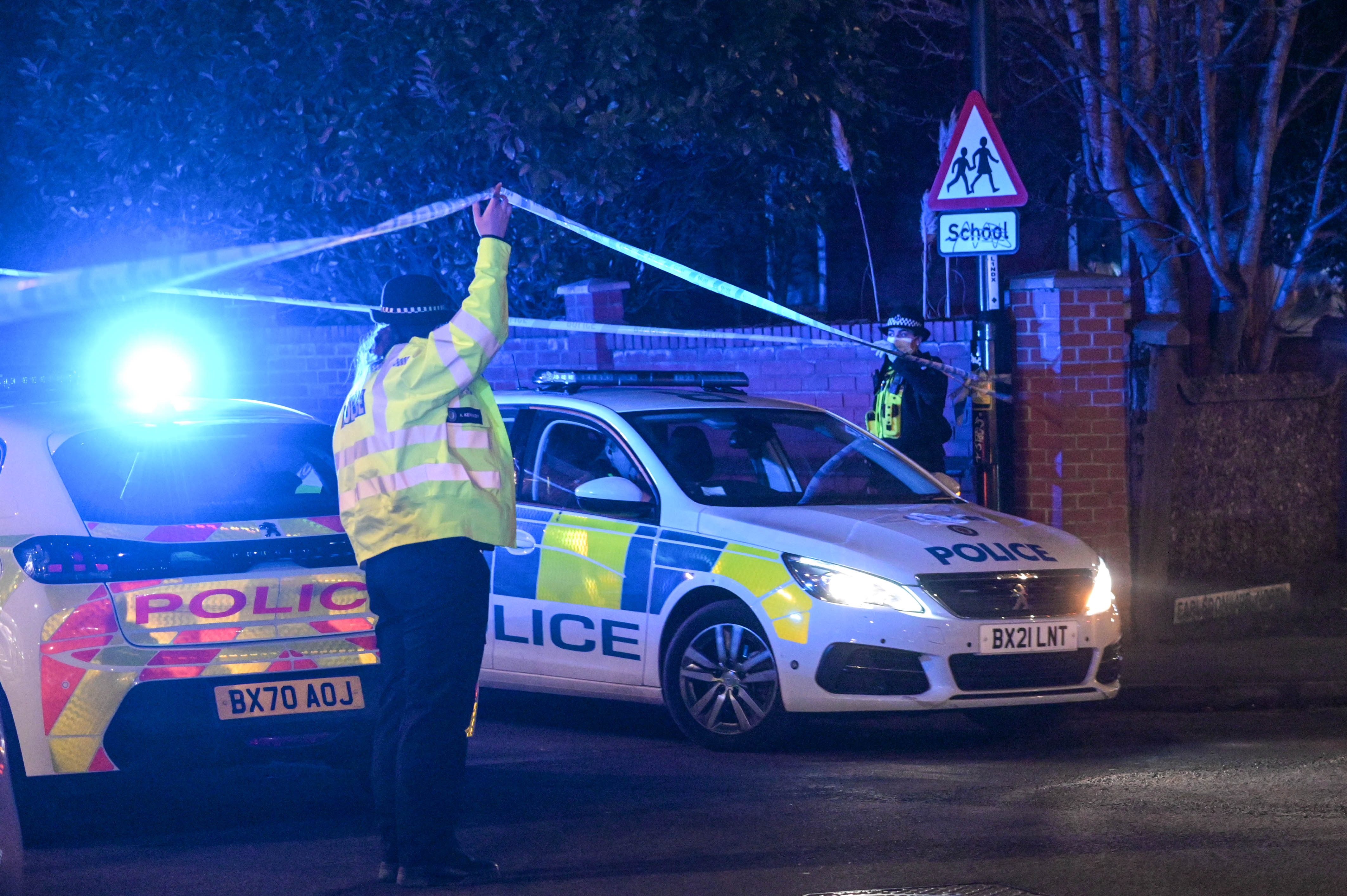 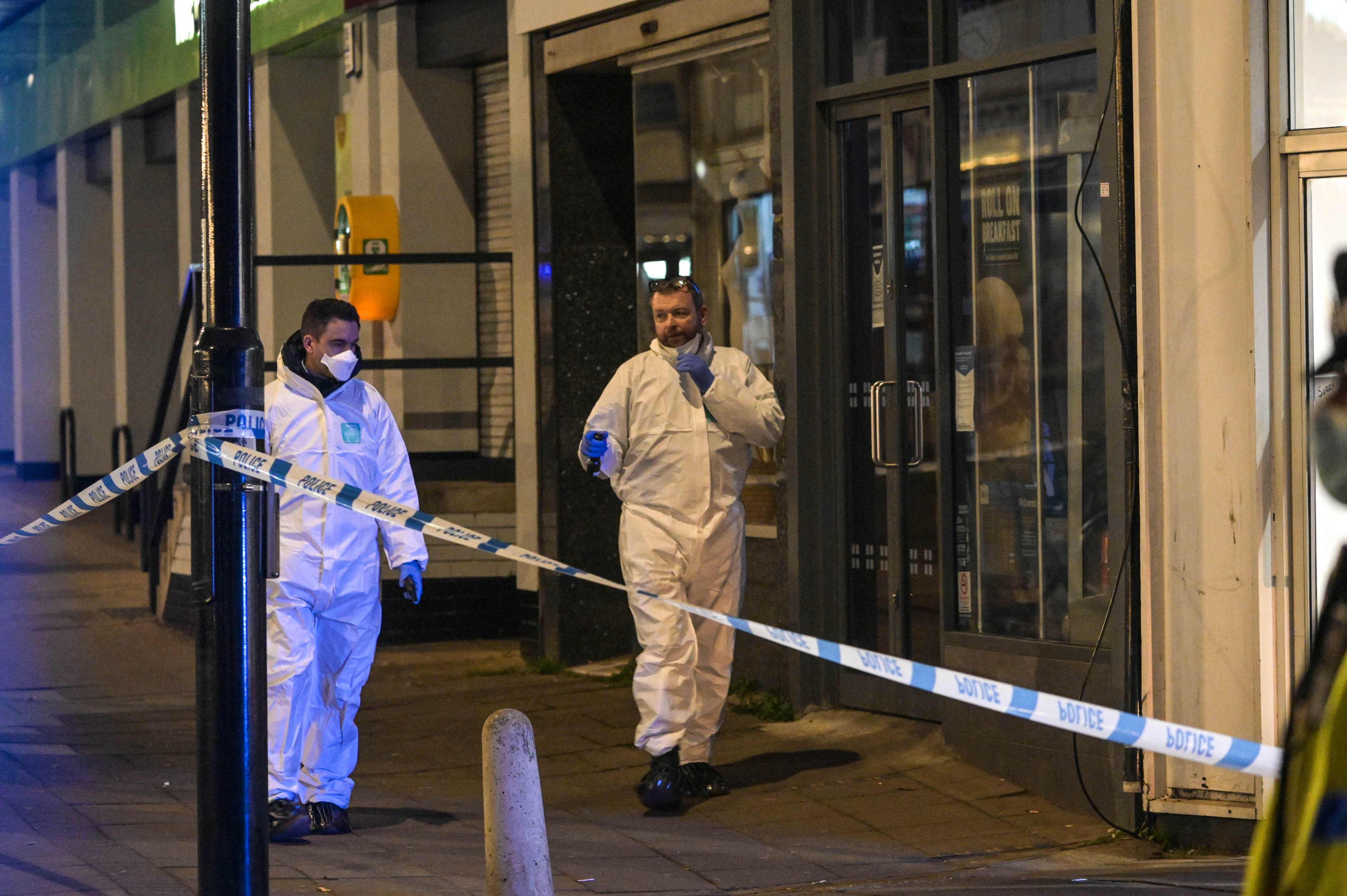 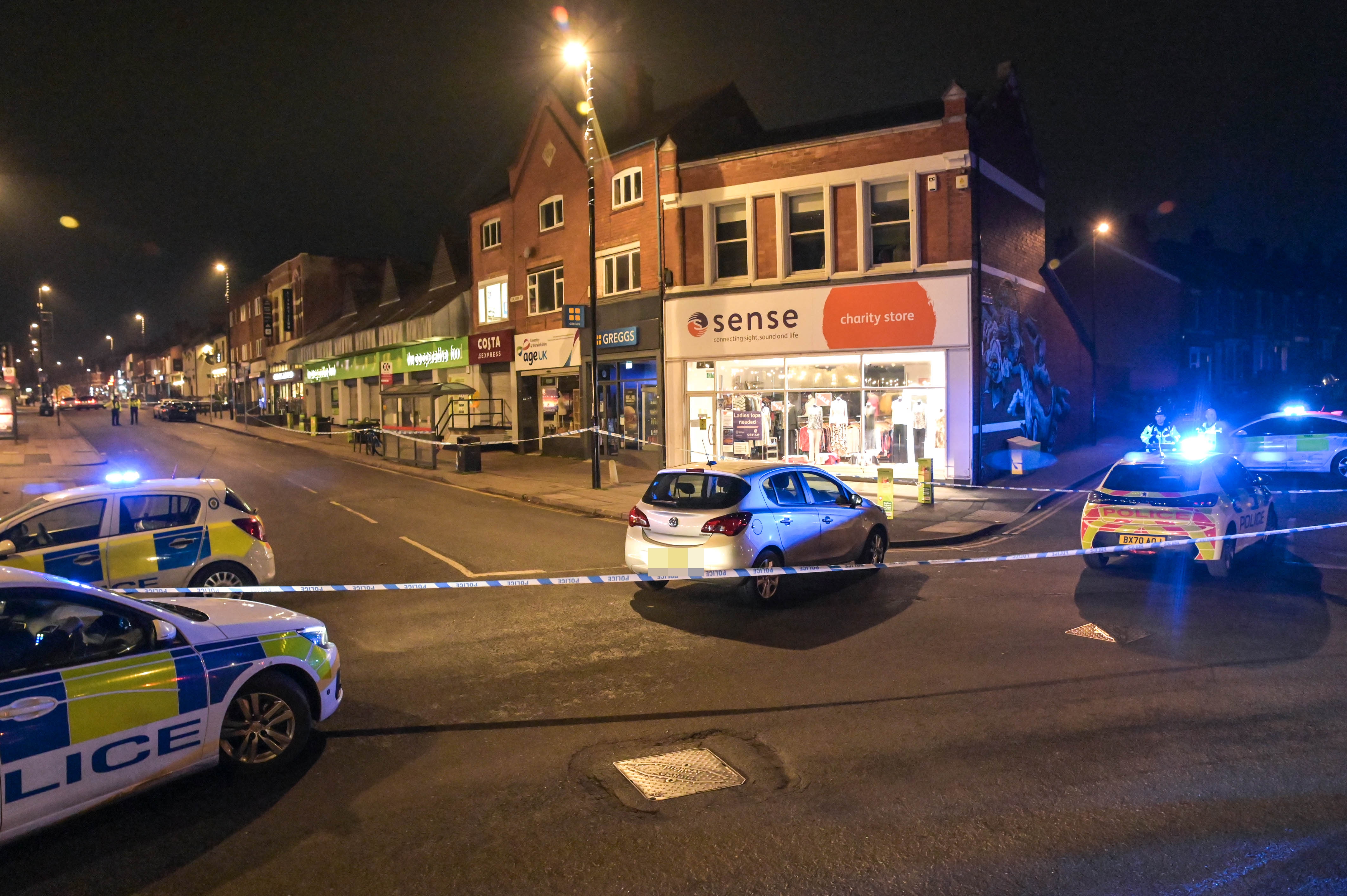 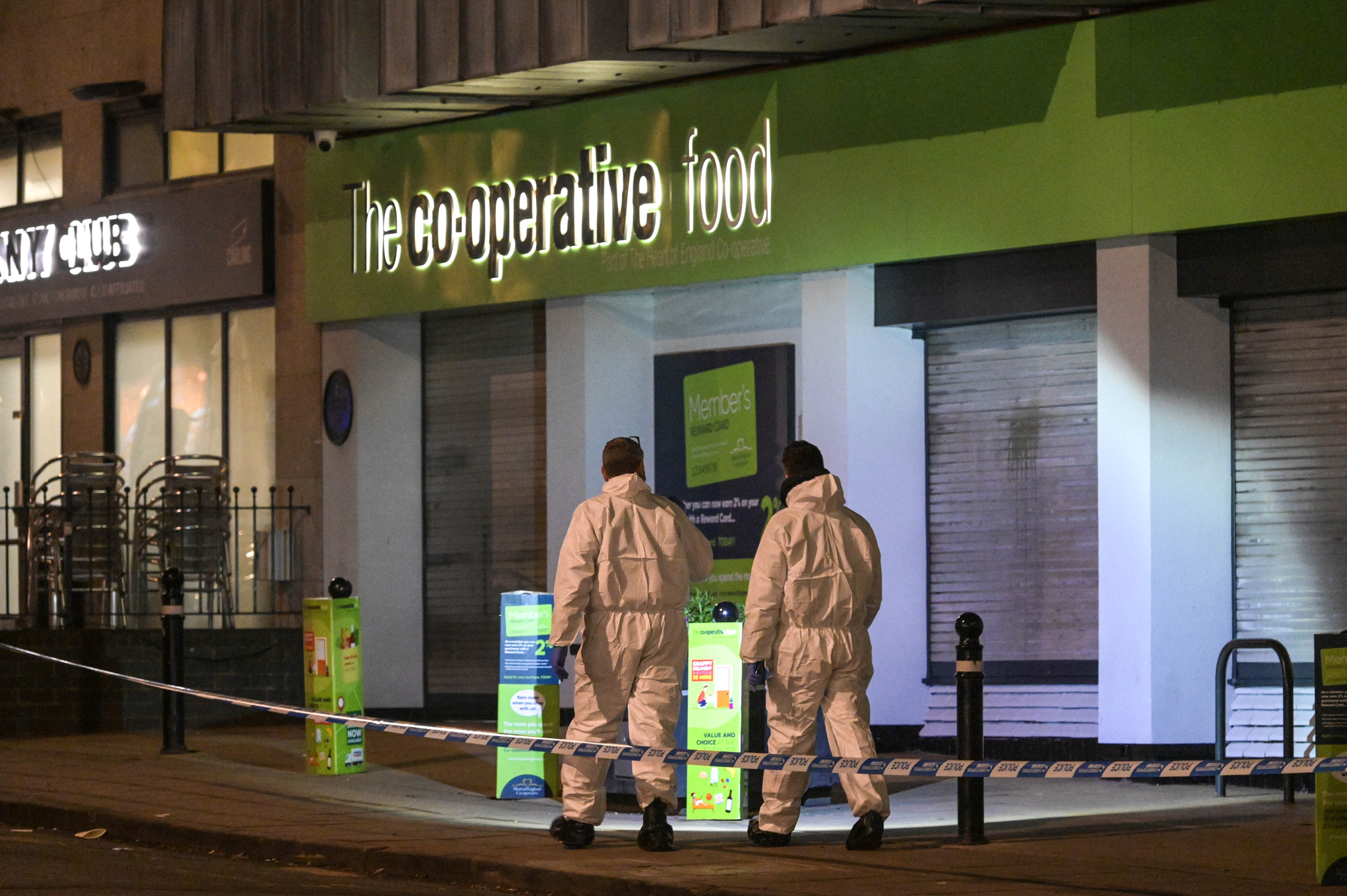 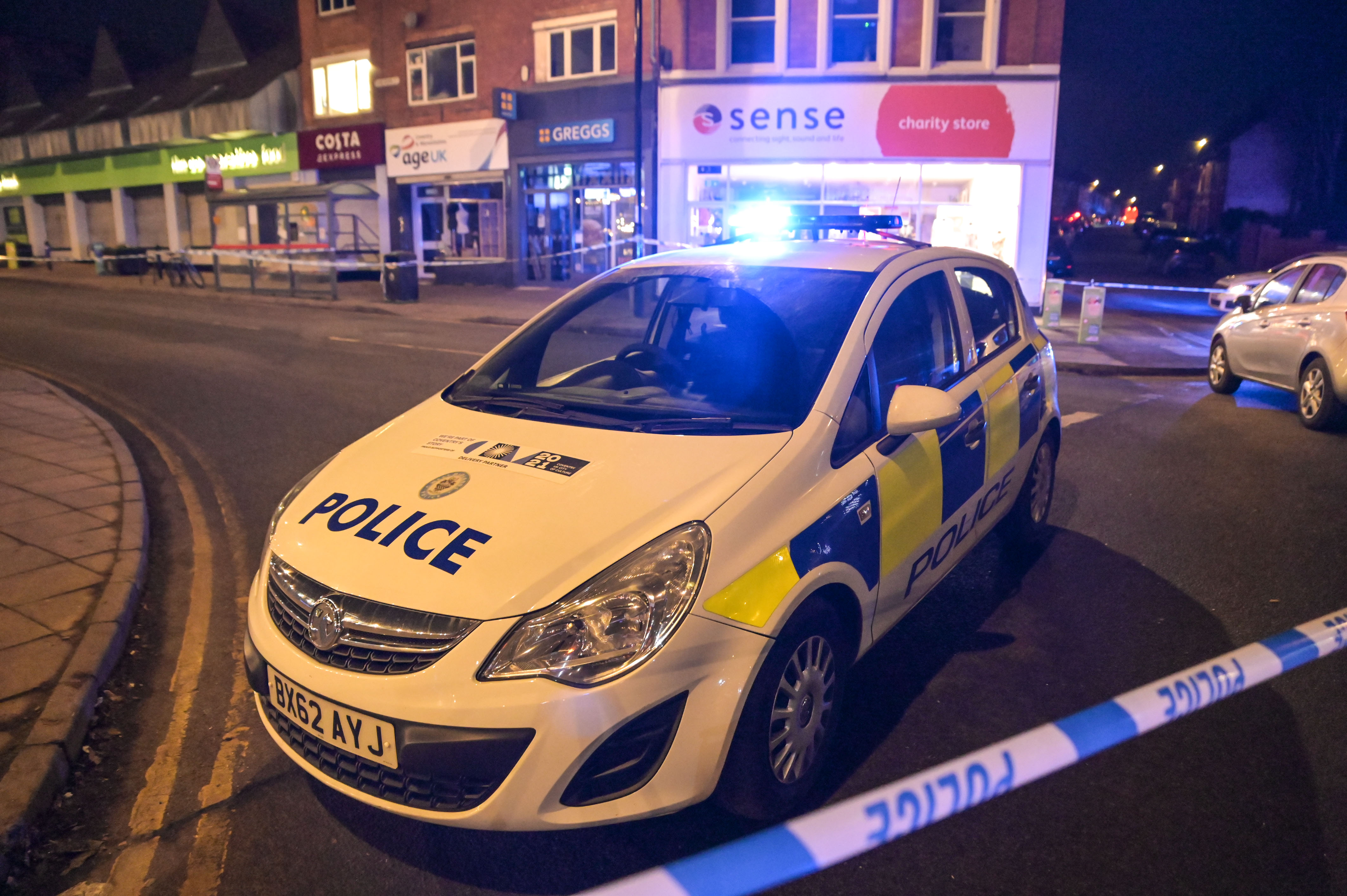