Julian Assange ‘has mini-stroke in jail’: Wikileaks founder’s fiancee accuses UK authorities of playing ‘executioner’ as she claims he has suffered health scare in Belmarsh ‘due to stress caused by US extradition battle’

The fiancee of Julian Assange has accused UK authorities of playing the role of ‘executioner’ after the WikiLeaks founder suffered a stroke in Belmarsh prison.

Stella Moris, 38, said the 50-year-old was left with a drooping right eyelid, memory problems and signs of neurological damage after the stroke in October.

Campaigners believe the incident was triggered by the stress of the ongoing High Court battle over whether or not he should be extradited to the US.

Ms Moris, the mother of his two children, has been warning that her partner’s health has been getting worse. 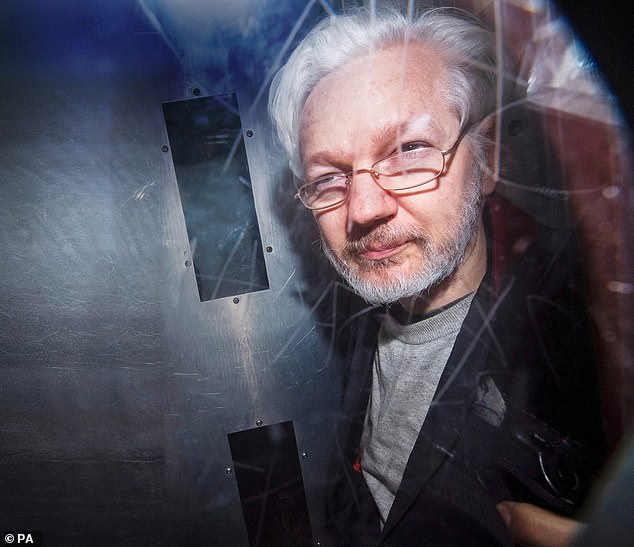 On Friday, the High Court overturned an earlier judgment which prevented Assange’s extradition to face charges under the US Espionage Act.

Ms Moris said: ‘His incarceration is having a catastrophic effect on his health.

‘The US government plotted to kill him and have found a way to do so – get the UK state to play the role of executioner.’

Referring to the 2018 killing of Saudi journalist Jamal Khashoggi, she added: ‘This is a slow-motion Khashoggi playing out in the heart of London.

‘It is horrifying that Britain has let itself be instrumentalised by a foreign power to bring about travesty.’

Assange is wanted in America over an alleged conspiracy to obtain and disclose national defence information following WikiLeaks’ publication of hundreds of thousands of leaked documents relating to the Afghanistan and Iraq wars.

US authorities brought a High Court challenge against a January ruling by then-district judge Vanessa Baraitser that Assange should not be sent to the US, in which she cited a real and ‘oppressive’ risk of suicide. 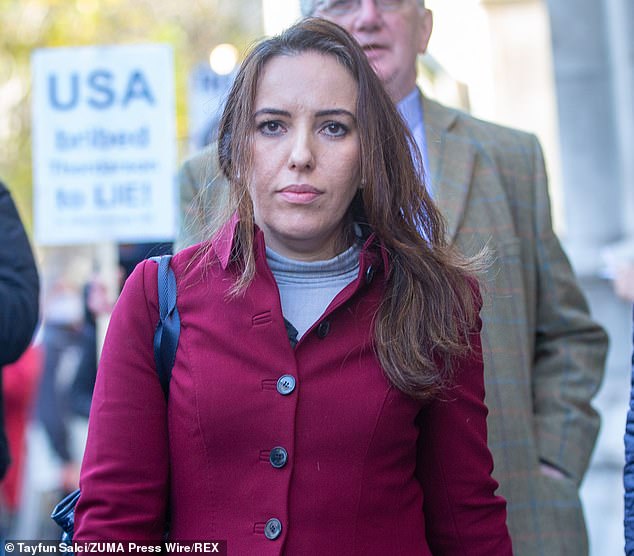 Stella Moris, 38, accused the UK authorities of playing the role of ‘executioner’ after the WikiLeaks founder suffered a stroke

After a two-day hearing in October, the Lord Chief Justice Lord Burnett, sitting with Lord Justice Holroyde, ruled in favour of the US on Friday.

The senior judges found the judge had based her decision on the risk of Assange being held in highly restrictive prison conditions if extradited.

However, the US authorities later gave assurances that Assange would not face those strictest measures either pre-trial or post-conviction unless he committed an act in the future that required them.

Ms Moris said on Friday that her partner’s lawyers intend to take his case to the Supreme Court, the UK’s highest court.

Justices will, however, have to decide first whether to hear the case before any appeal is heard.

A spokesman for the Ministry of Justice said it would not comment on individual cases.