US abortion standard same as China and North Korea

The growing push by some Democrats to reshape the Supreme Court reignited this week as the court heard oral arguments in the Mississippi 15-week abortion ban case that has the potential to limit abortion access across the U.S.

The court heard arguments in Dobbs v. Jackson Women’s Health Organization on Wednesday, and legal analysts have suggested the conservative majority will strike down decades of precedent following Roe v. Wade, the landmark ruling that limited government restrictions on abortion. If it does, it would open the door for state legislatures to pass laws banning abortions prior to fetal viability.

Former President Trump appointed three justices who were confirmed to the high court, shifting the makeup to six GOP-appointed justices and three Democrat-appointed justices. As a result, Democratic lawmakers have called to remove the Senate filibuster requiring 60 votes to pass legislation to add more seats to the court. 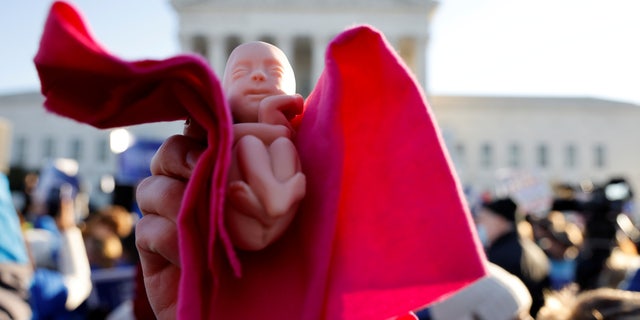 An anti-abortion activist holds a baby doll during a protest outside the Supreme Court building ahead of arguments in the Mississippi abortion rights case Dobbs v. Jackson Women’s Health, in Washington Dec. 1, 2021. (REUTERS/Jonathan Ernst)

Republicans have characterized efforts to expand the Supreme Court as “court-packing” and a political power play by Democrats.

In light of the arguments in Dobbs this week, Democratic lawmakers are renewing calls to expand the court and add more liberal justices to offset what they see as partisan gains by the GOP.

“A ‘conservative’ court would uphold precedent. But a ‘partisan’ court may not — and this may be the most partisan court in history,” Rep. Adam Schiff, D-Calif., said in reference to Democratic demands to expand the Supreme Court. “We must protect a woman’s right to choose.”

Sen. Tina Smith, D-Minn., tweeted on the day of the Supreme Court oral arguments in support of expanding the court over the abortion case.

Rep. Judy Chu, D-Calif., urged Congress to pass the Judiciary Act, introduced in the spring, to expand the number of seats on the court. She claimed in a tweet on Friday that the court has been “manipulated to protect GOP political goals,” despite the fact that every justice confirmed under Trump went through the proper constitutional process.

Sen. Edward J. Markey, D-Mass., tweeted Wednesday after oral arguments, “9 is not a magic number … We have to talk about expanding the Court now. #ExpandTheCourt”

In April, Markey and House Judiciary Committee Chairman Rep. Jerrold Nadler, D-N.Y., introduced The Judiciary Act of 2021 to expand the number of Supreme Court justices to 13.

“This bill would restore balance to the nation’s highest court after four years of norm-breaking actions by Republicans led to its current composition and greatly damaged the Court’s standing in the eyes of the American people,” the Democratic lawmakers reasoned. “In order for the Court to fulfill its duty to deliver equal justice under the law and protect the rights and well-being of millions of Americans, the legislation expands the Court to restore balance, integrity and independence to it.” 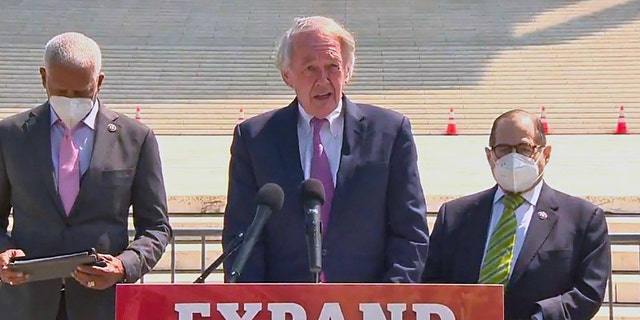 Sen. Ed Markey, D-Mass., talks about his legislation to expand the Supreme Court on April 15, 2021.

Other Democratic senators have not committed to backing the expansion of the court, with Sen. Joe Manchin, D-W.Va., saying he will not vote to pack the court or to end the Senate filibuster.

Similarly, Sen. Krysten Sinema, D-Ariz., poured cold water on her colleagues’ court-packing push, saying through a spokesperson in October that she opposes an expansion.

At the start of his presidency, Biden created a commission to study potential changes to the Supreme Court. But, in a blow to progressives, the preliminary report on the future of the court released in November declared that expanding the size and scope wouldn’t attain balance.

The 203-page draft said “the risks of Court expansion are considerable.” The report suggested concepts such as term limits for the Supreme Court, perhaps staggered, 18-year terms on the court. The panel argued that the idea “would advance our Constitution’s commitments to checks and balances and popular sovereignty.”

According to a poll conducted from Oct. 15-18 by the New York Times and Siena College, the majority of Americans oppose a court-packing push by Democrats.

Among likely voters, 58% said Democrats should not look to increase the size of the Supreme Court. Just 31% said they were in favor of court-packing, while 11% of responders were undecided. 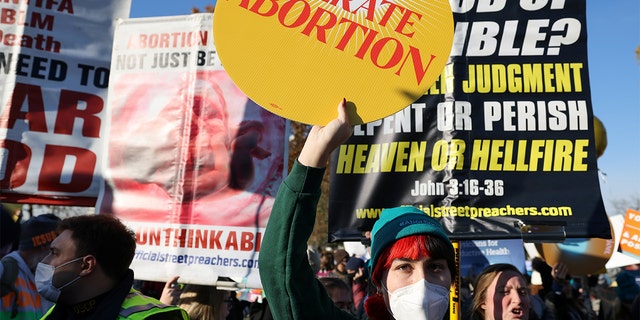 “It hasn’t changed. It’s still a boneheaded idea. But what is really fascinating to watch is the number of members of Congress and law professors who are saying that we have to pack the court because it’s not reading the Constitution the way we read the Constitution,” said Turley.

“Packing the court and tearing down the institutions that protect our rights is fundamentally wrong,” Sen. Ted Cruz, R-Texas, previously said. 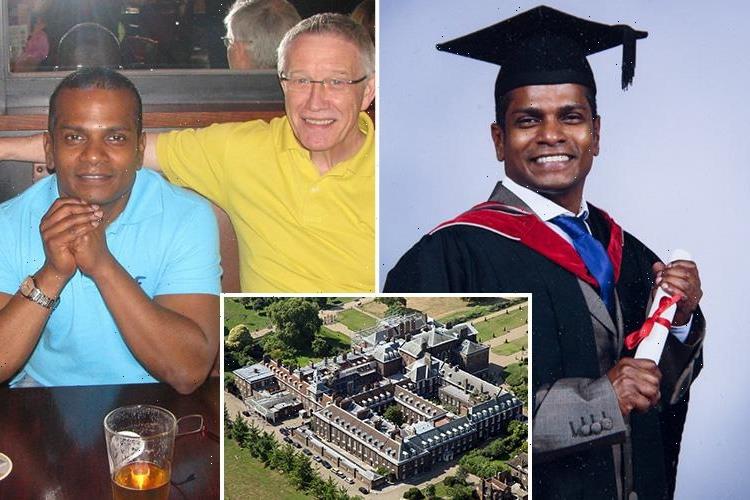