FUTURISTIC plans for an incredible 500ft-long "air yacht" that can fly as well as sail and even has its own onboard swimming pool have been unveiled.

The remarkable designs for the flying superyacht powered by helium were released by the Italian design firm Lazzarini. 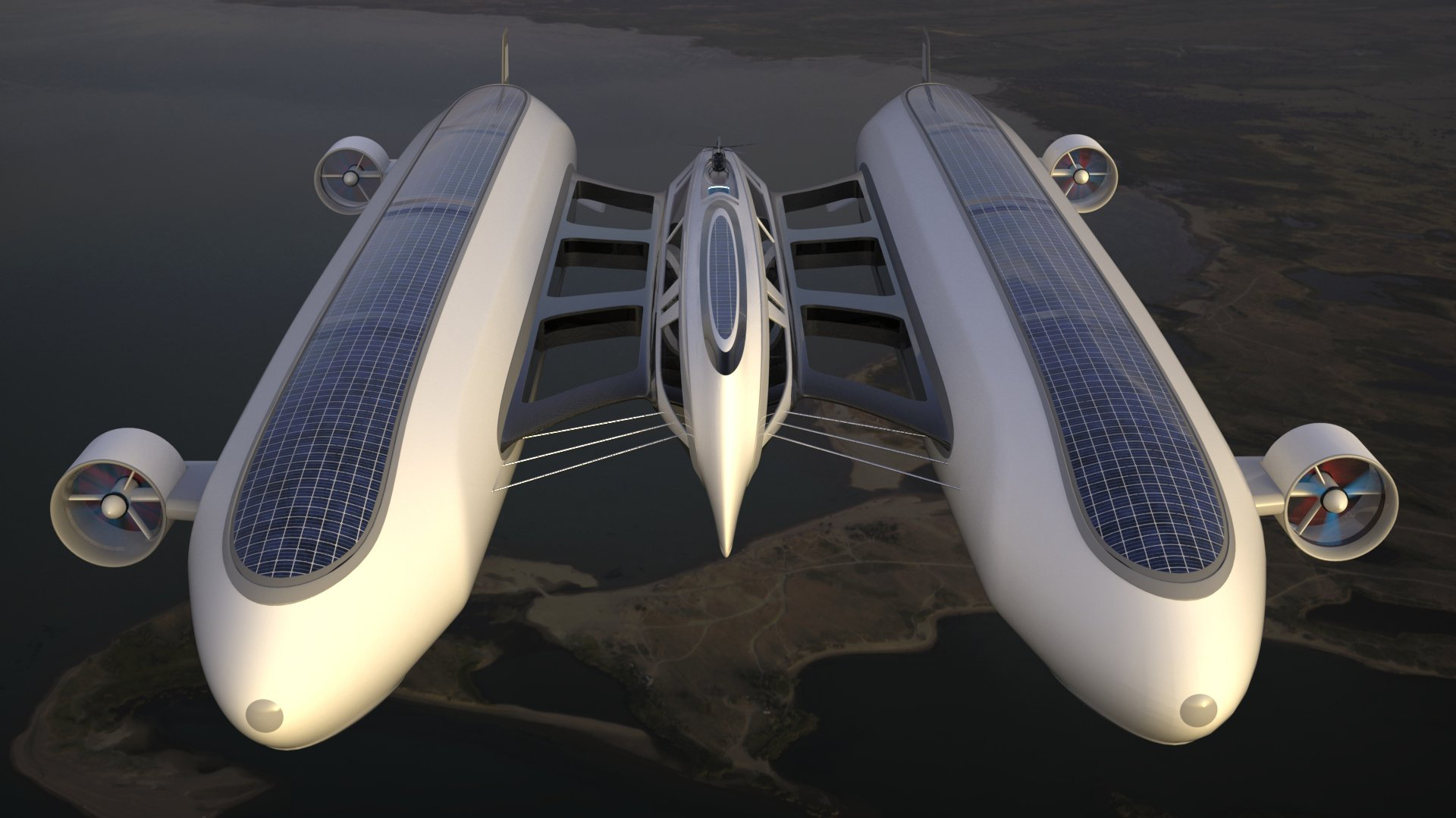 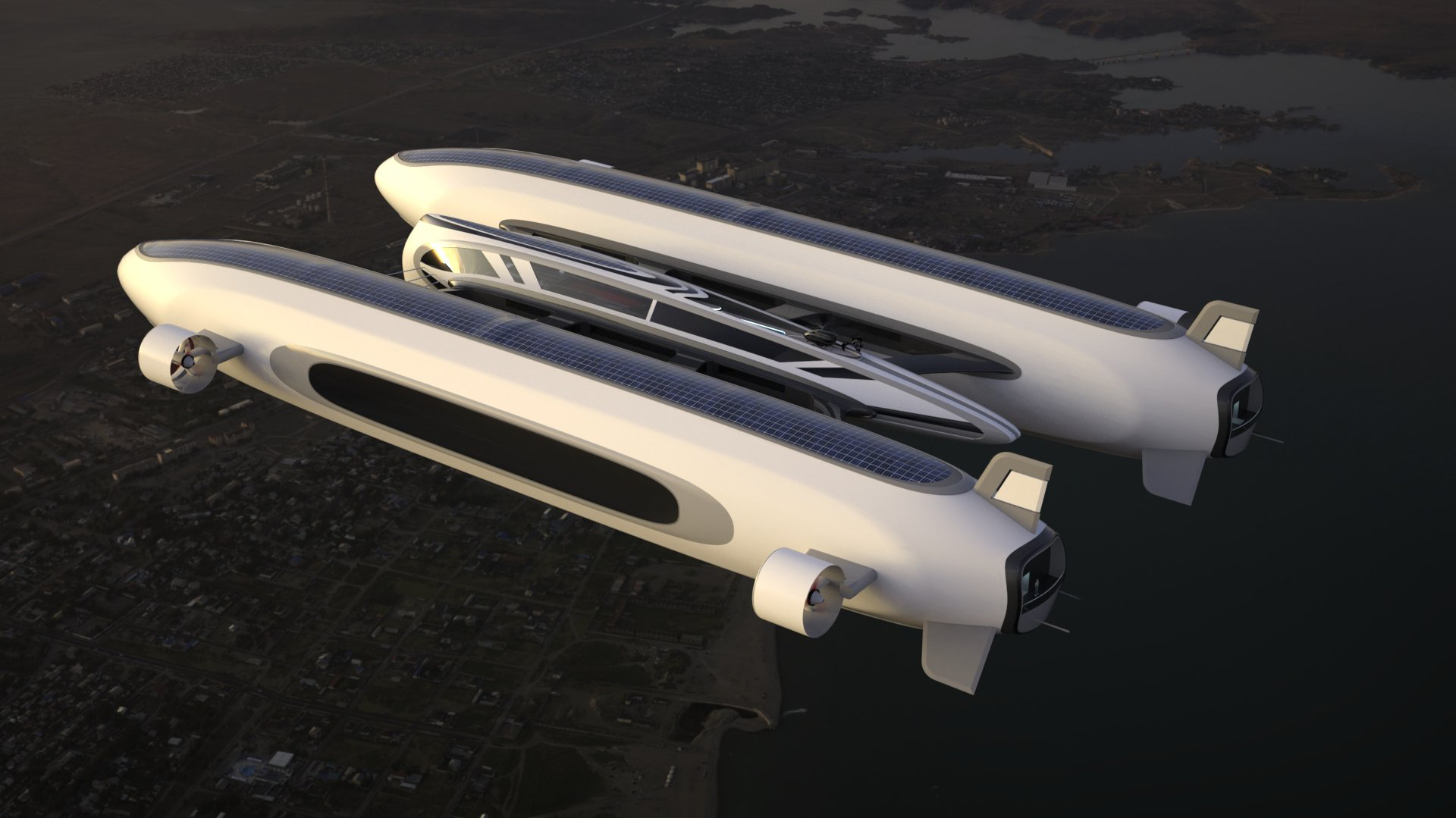 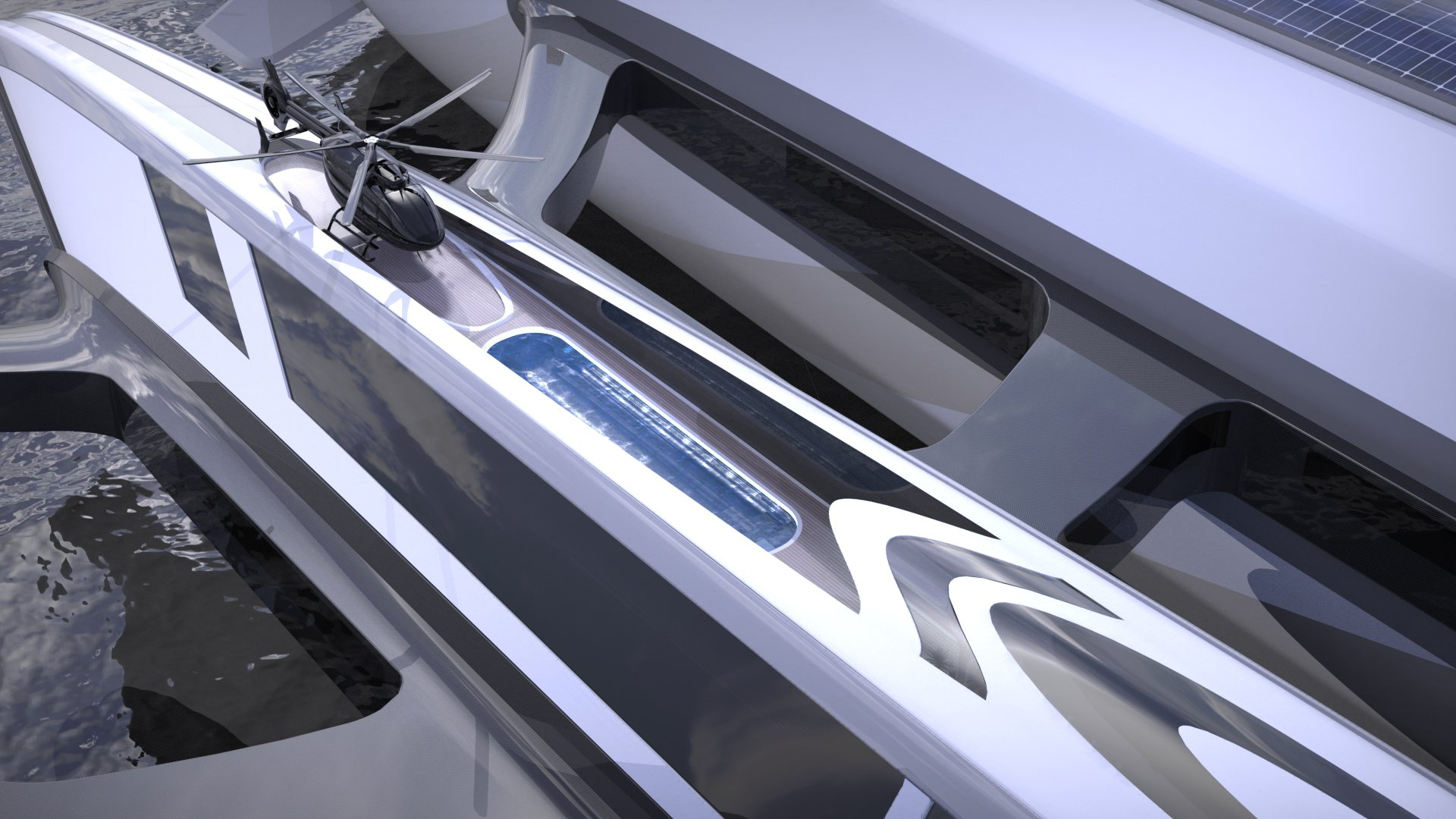 It is made out of super-light carbon fibre and consists of two enormous 150m airships connected via four central bridges to an 80m hull.

The two "floating balloons" contain stores of helium gas which, when the vehicle is in flight, is released.

This would allow the sci-fi aircraft to travel for up to 48 hours at a speed of 60 knots.

The Air Yacht can then land in the water and cruise "quietly" at a gentle five knots. 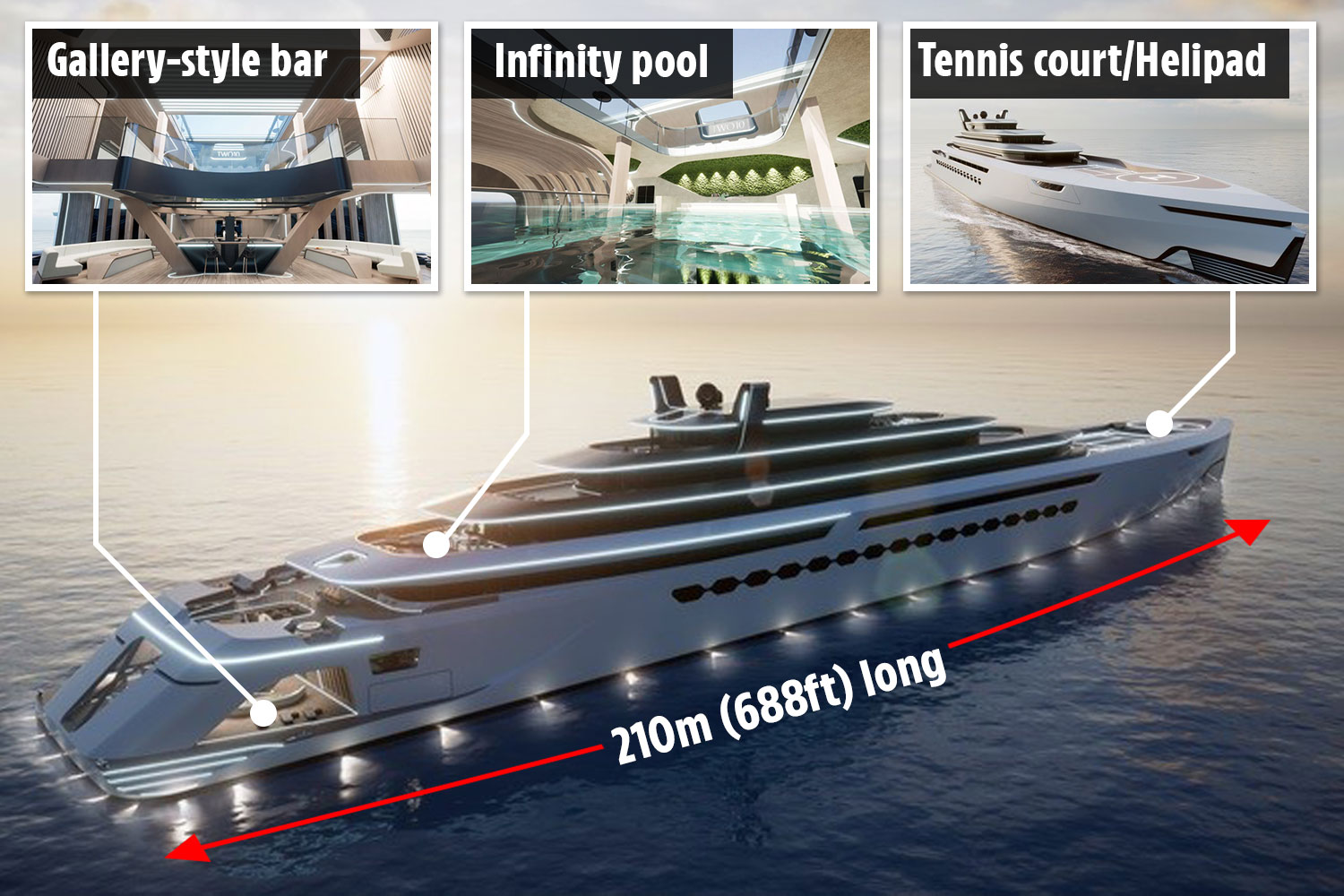 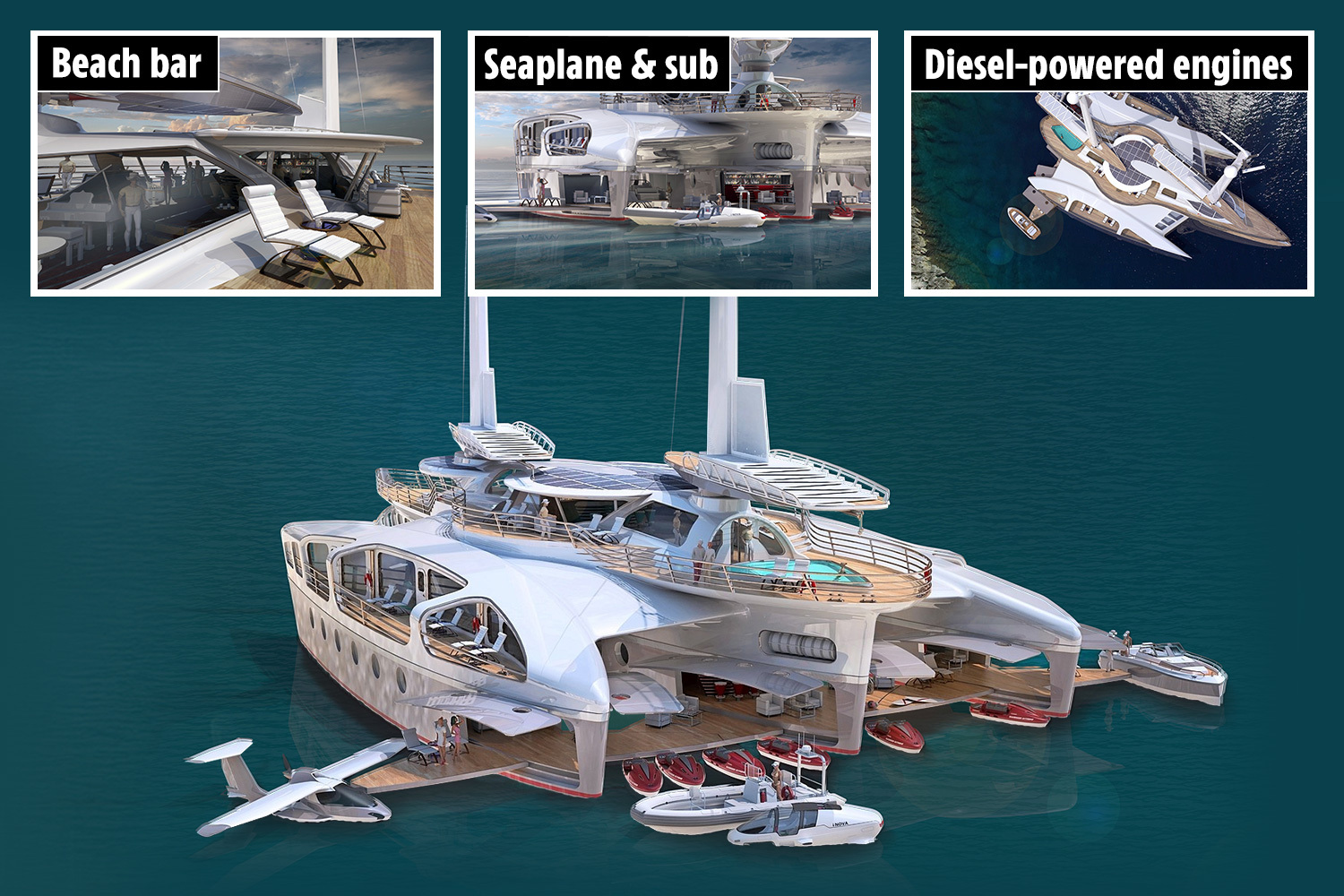 Inside superyacht with private plane & sub – it’s yours for £180MILLION

Speaking about its design, the studio said: "With the Air Yacht, there is a way to sail the sky without emissions damaging the future."

Unlike regular aircraft which use kerosene-based fuel, the Air Yacht would offer a "greener option" for travellers.

In a glossy video and picture series promoting the scheme, Lazzarini shows off the luxury amenities its design would include.

The concept features a lot of what is found on the typical superyacht, with the central hull including a large dining room and living space. 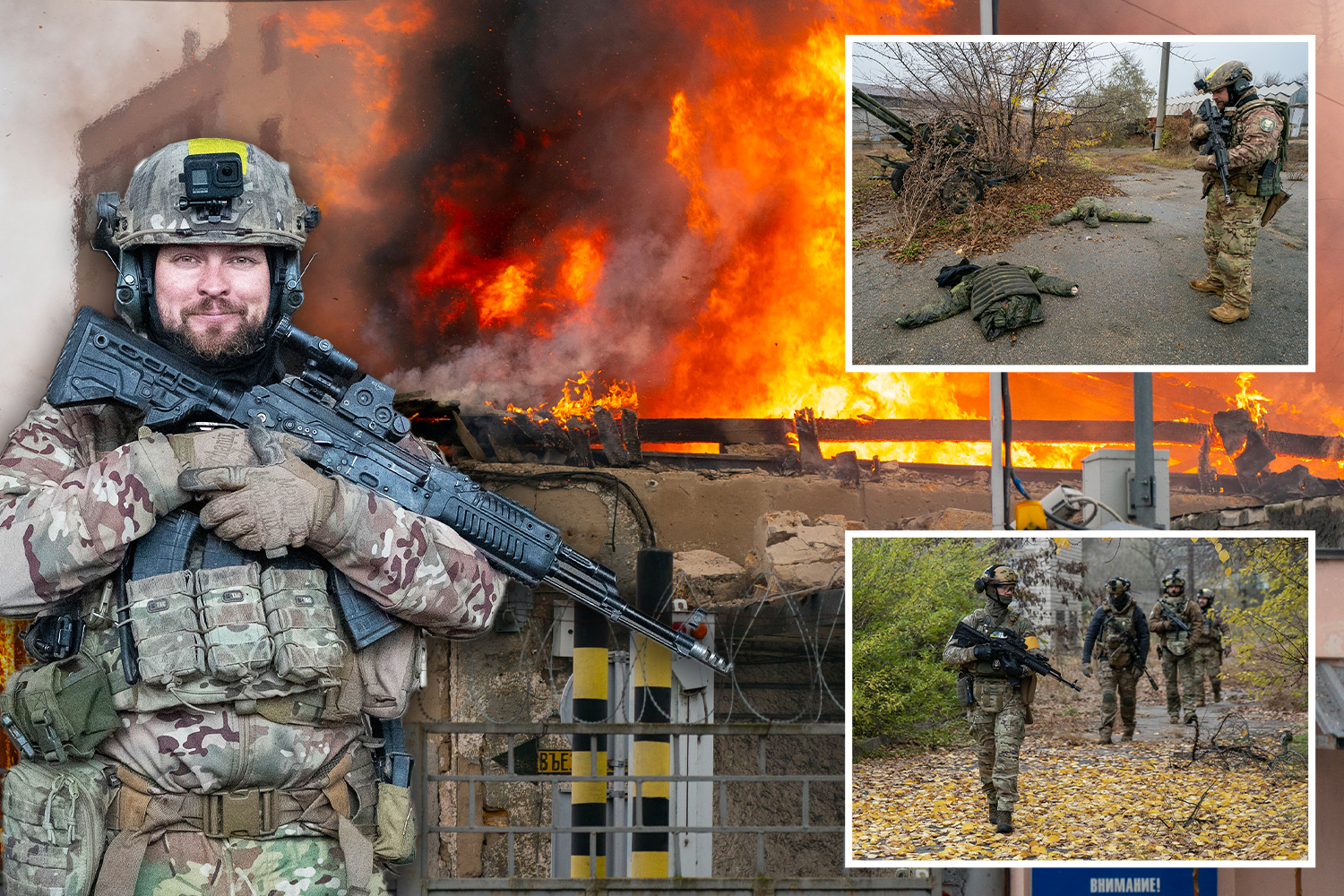 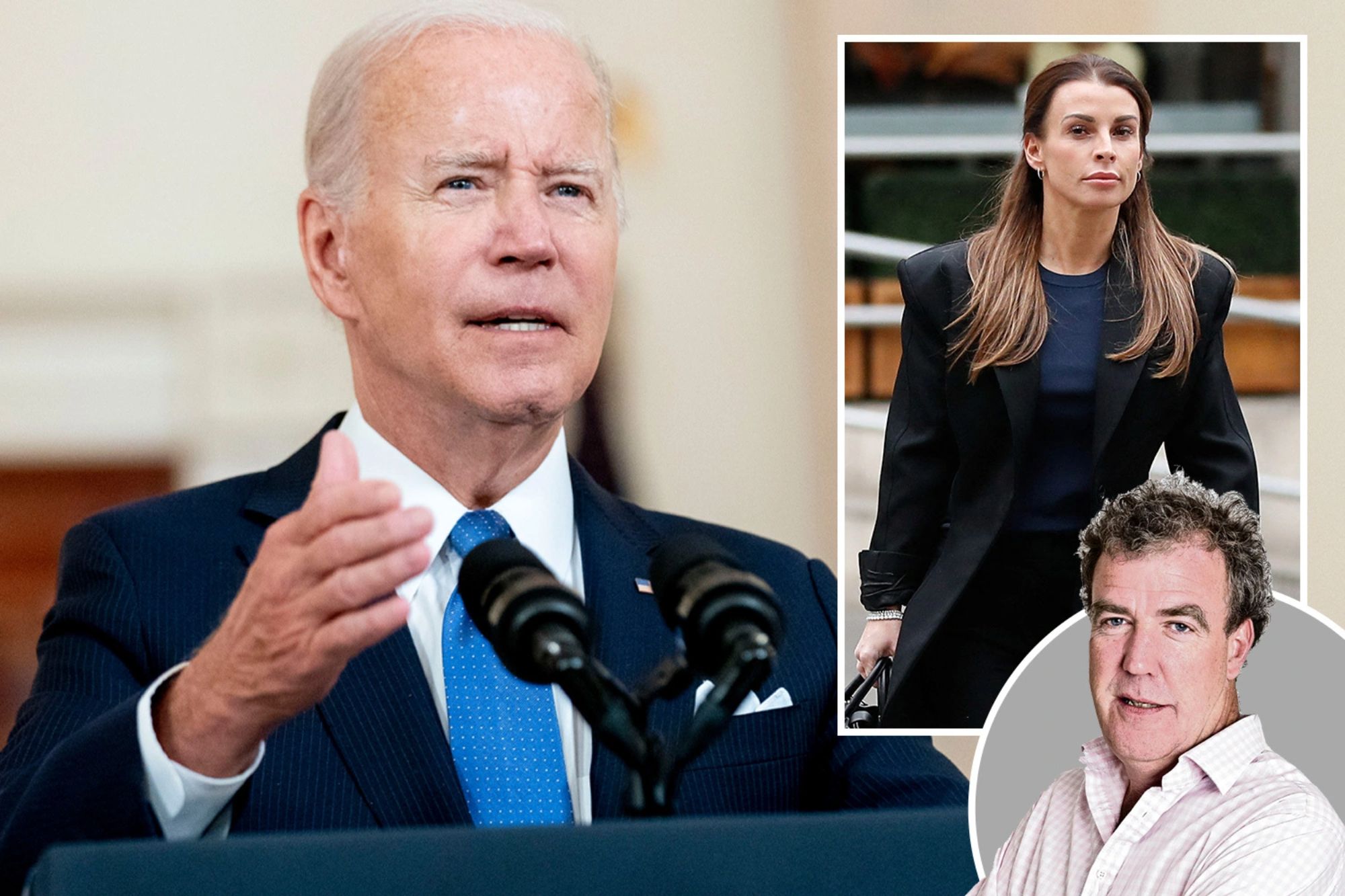 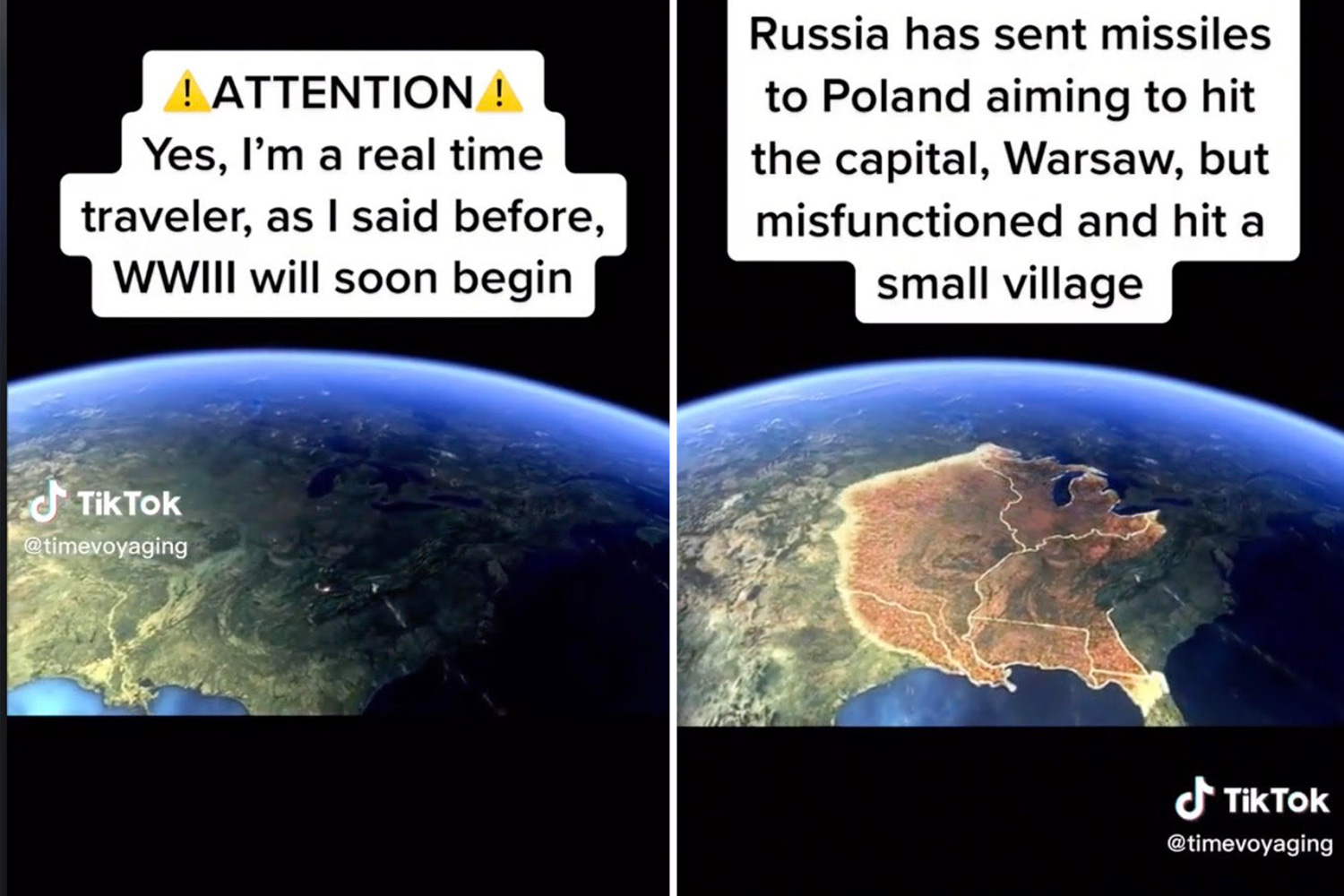 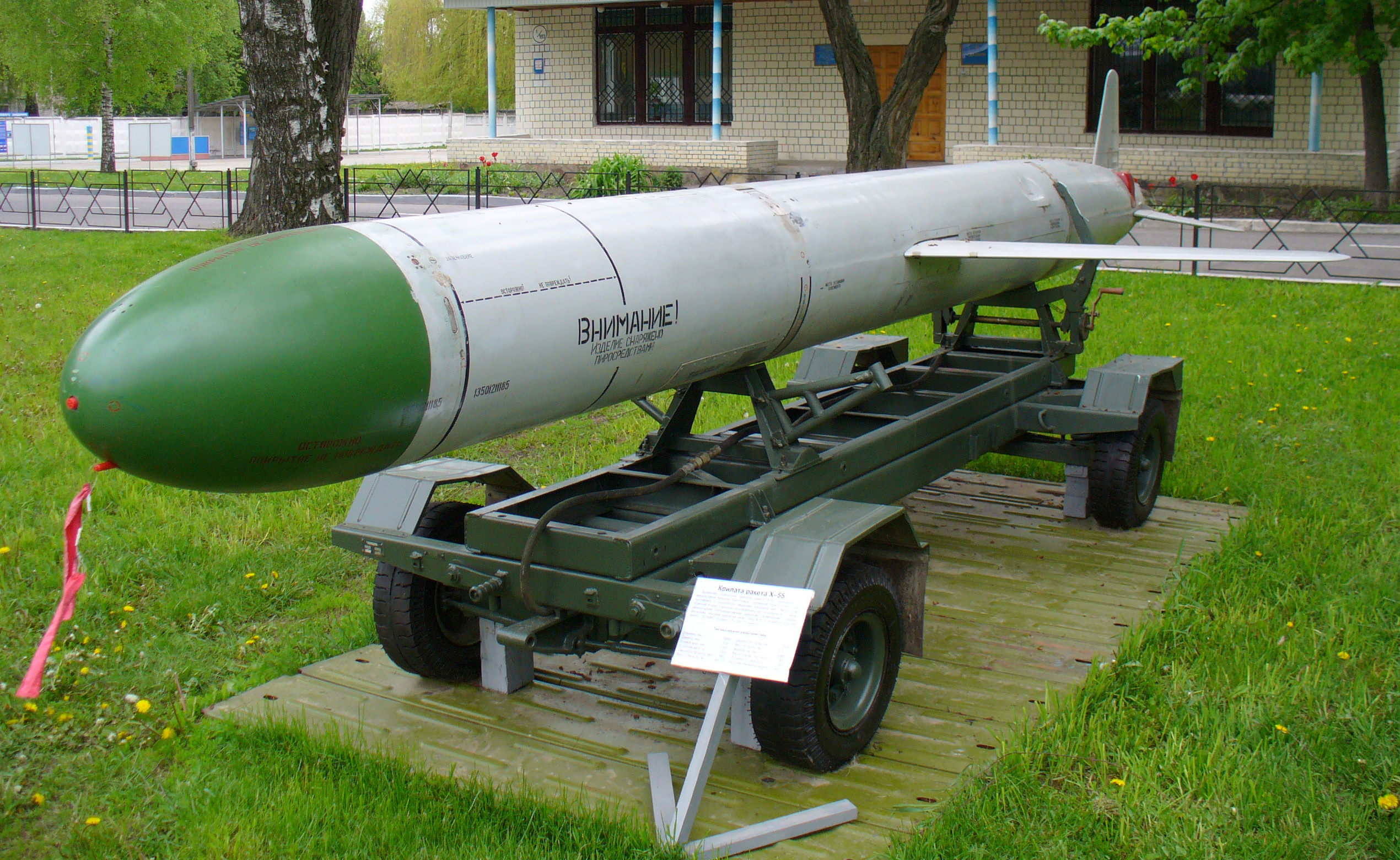 Above the hull is a helipad with an accompanying helicopter, as well as an eight-metre swimming pool.

Meanwhile, both of the airships have huge floor-to-ceiling windows, offering guests stunning views of their surroundings while the yacht is in flight.

In total, the Air Yacht could accommodate up to 22 guests in 11 cabins, including five en-suite staterooms on each airship.

The central hull would feature a master cabin with a breathtaking 360-degree view.

Although the design studio hasn't given an exact price yet, it's safe to say it would be well out of reach for all but a select few of the planet's wealthiest billionaires.

Many of Many reports that the concept has already been commissioned by a private owner.

Lazzarini says as much, adding in its accompanying information: "It's not intended for touristic purposes.

"It's for a private owner who wants both a superyacht and evolution in aviation."

The Air Yacht would hold 14,125,867 cubic feet of helium, which is safe, unlike the hydrogen used in the doomed Zeppelins of old.

Lazzarini has committed to having a first-scale model prototype lifting off some time in the next year.

The company has also created a design for a second version of the Air Yacht.

As well as air yachts, the firm has released a plan for a number of futuristic schemes, including a £6.8billion floating city.

The concept, dubbed the "terayacht", would be an enormous turtle-shaped ship, and if built, would be the largest sea structure ever built. 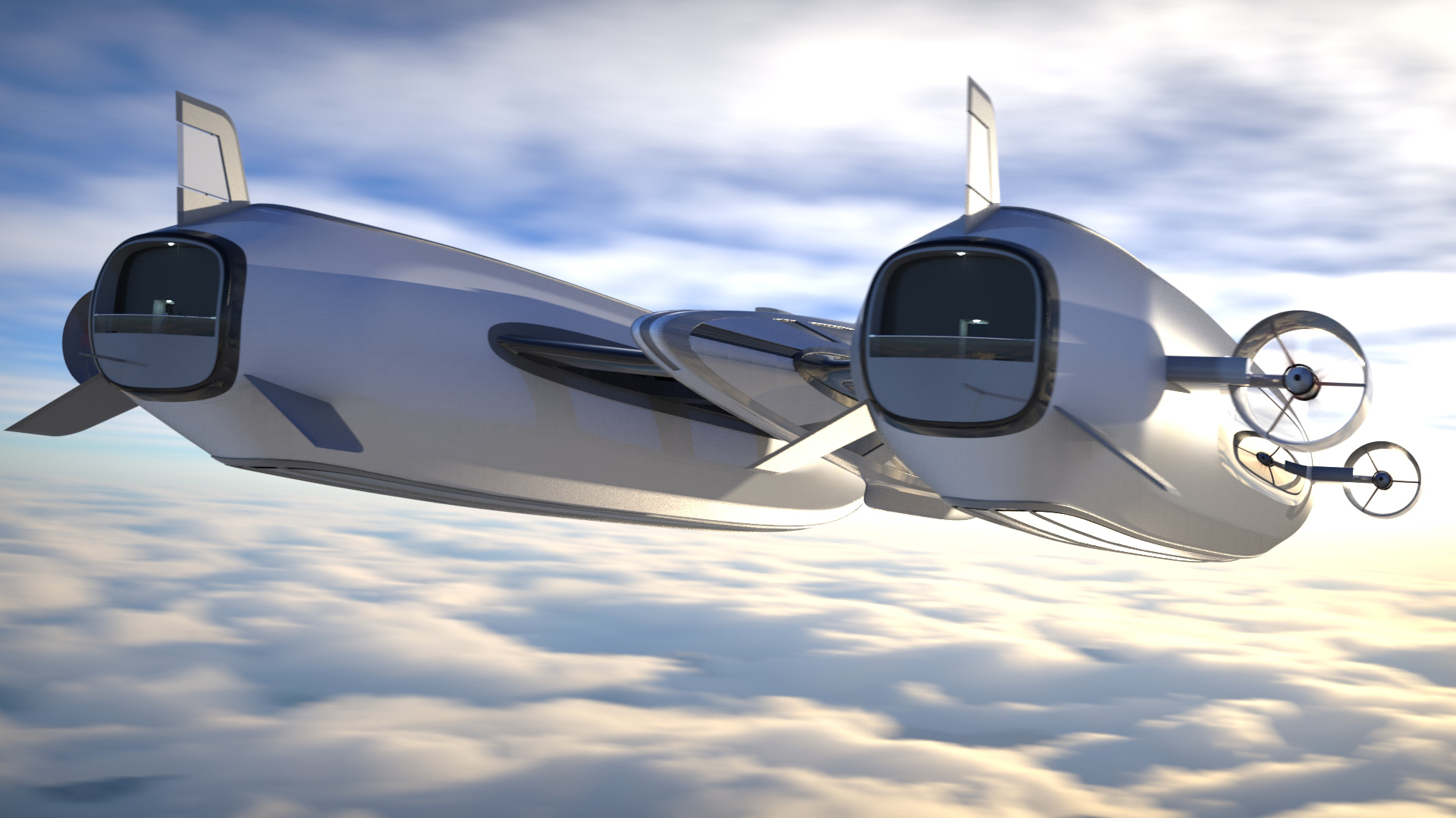 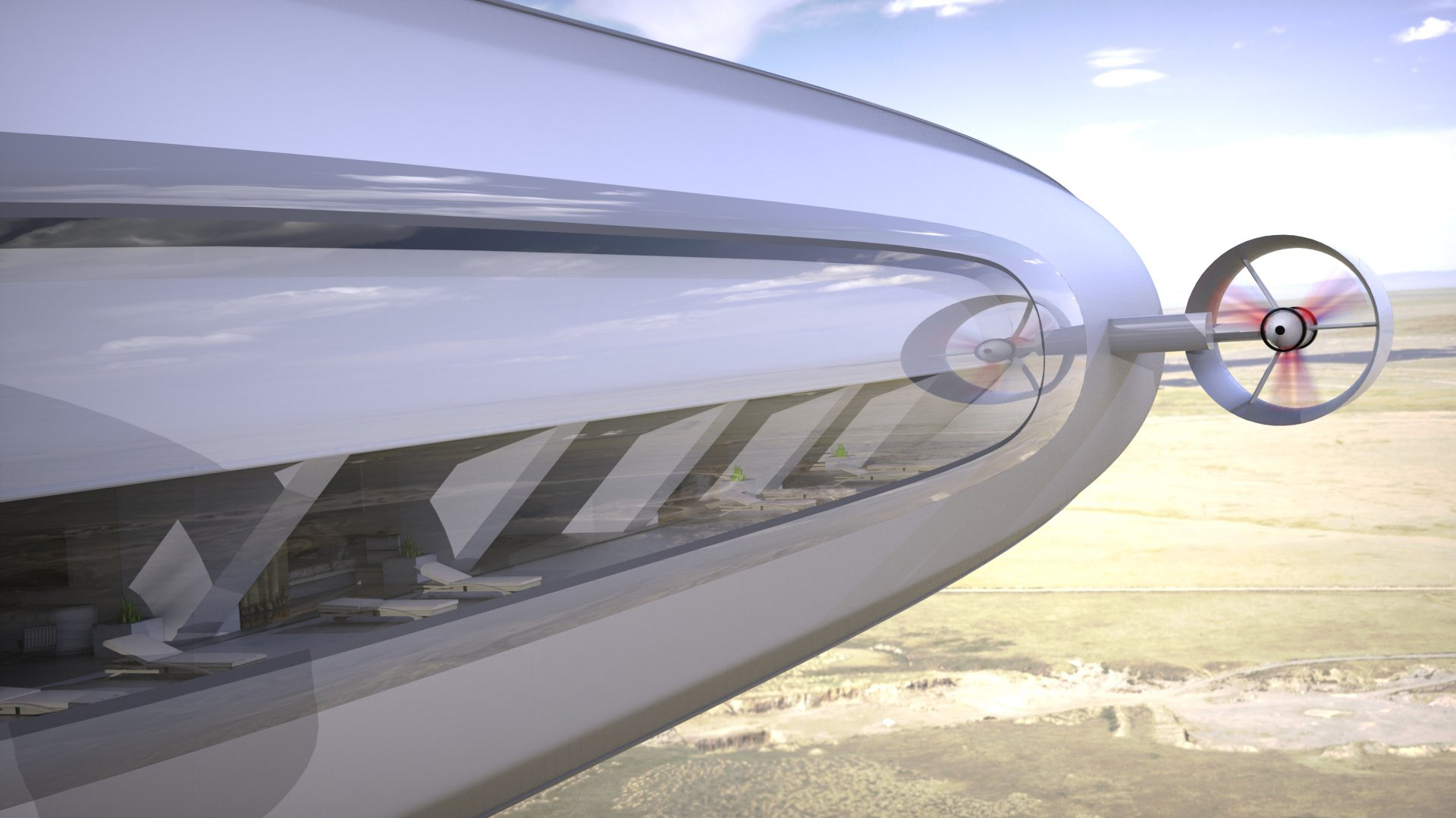 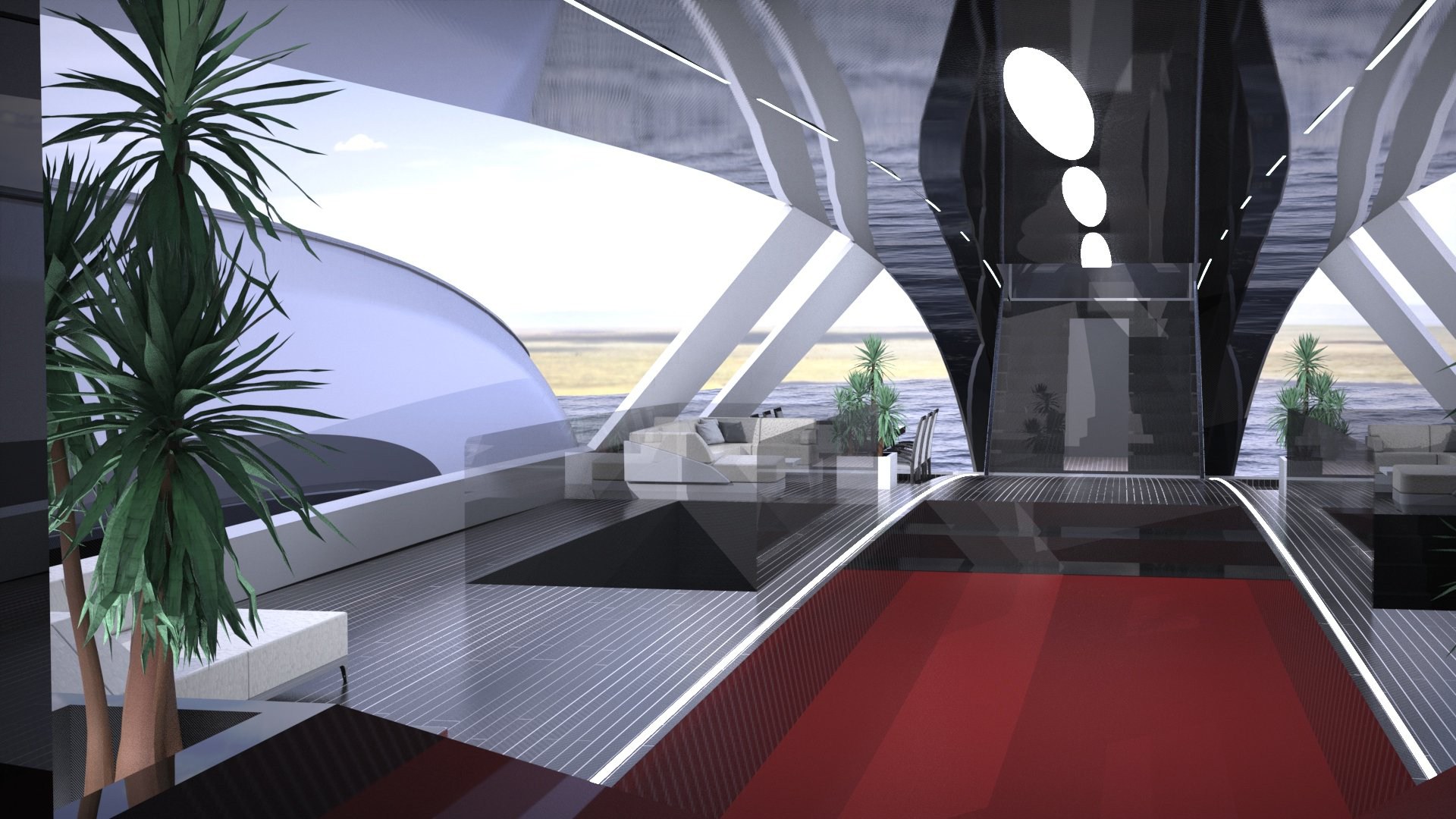 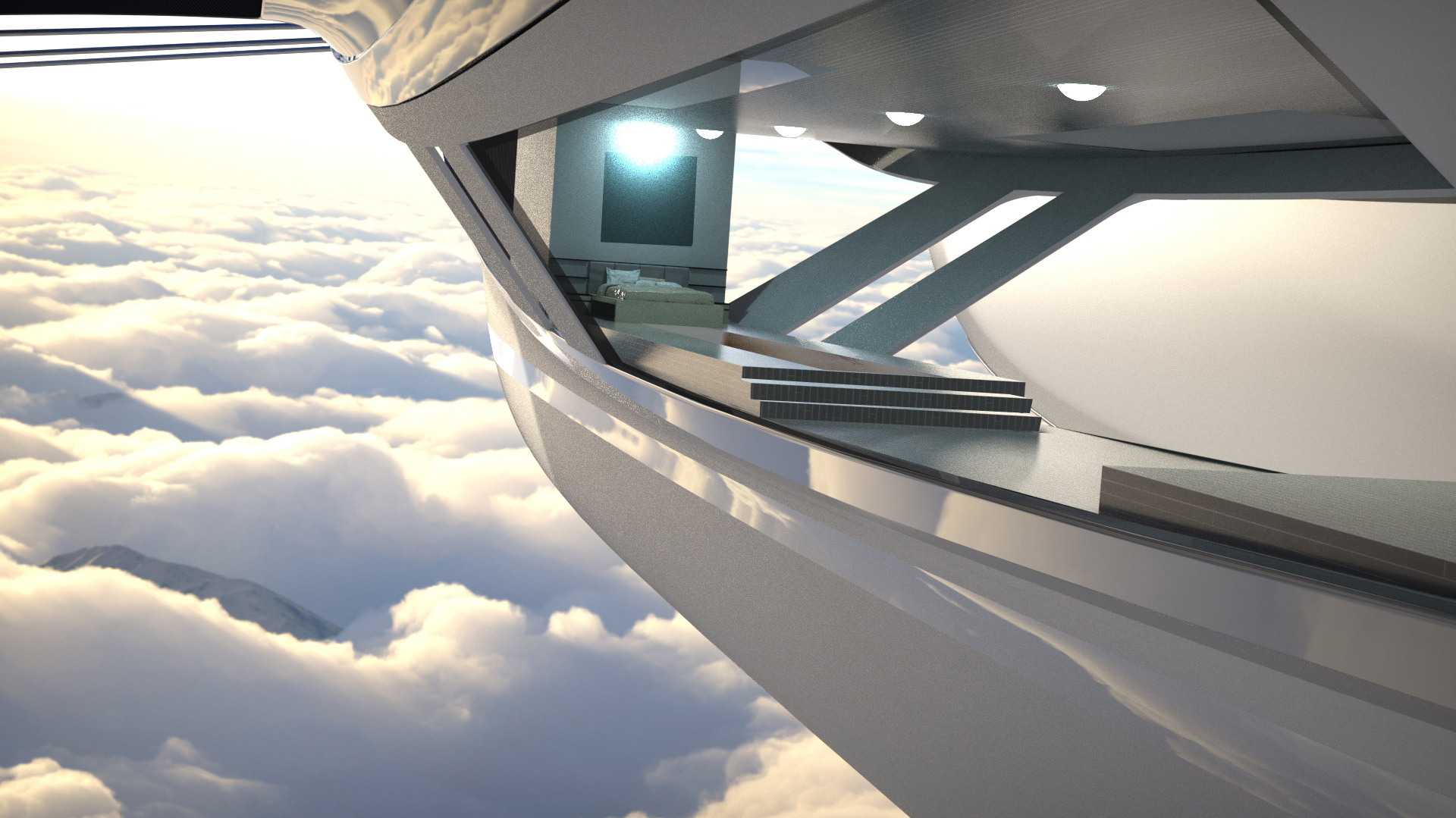 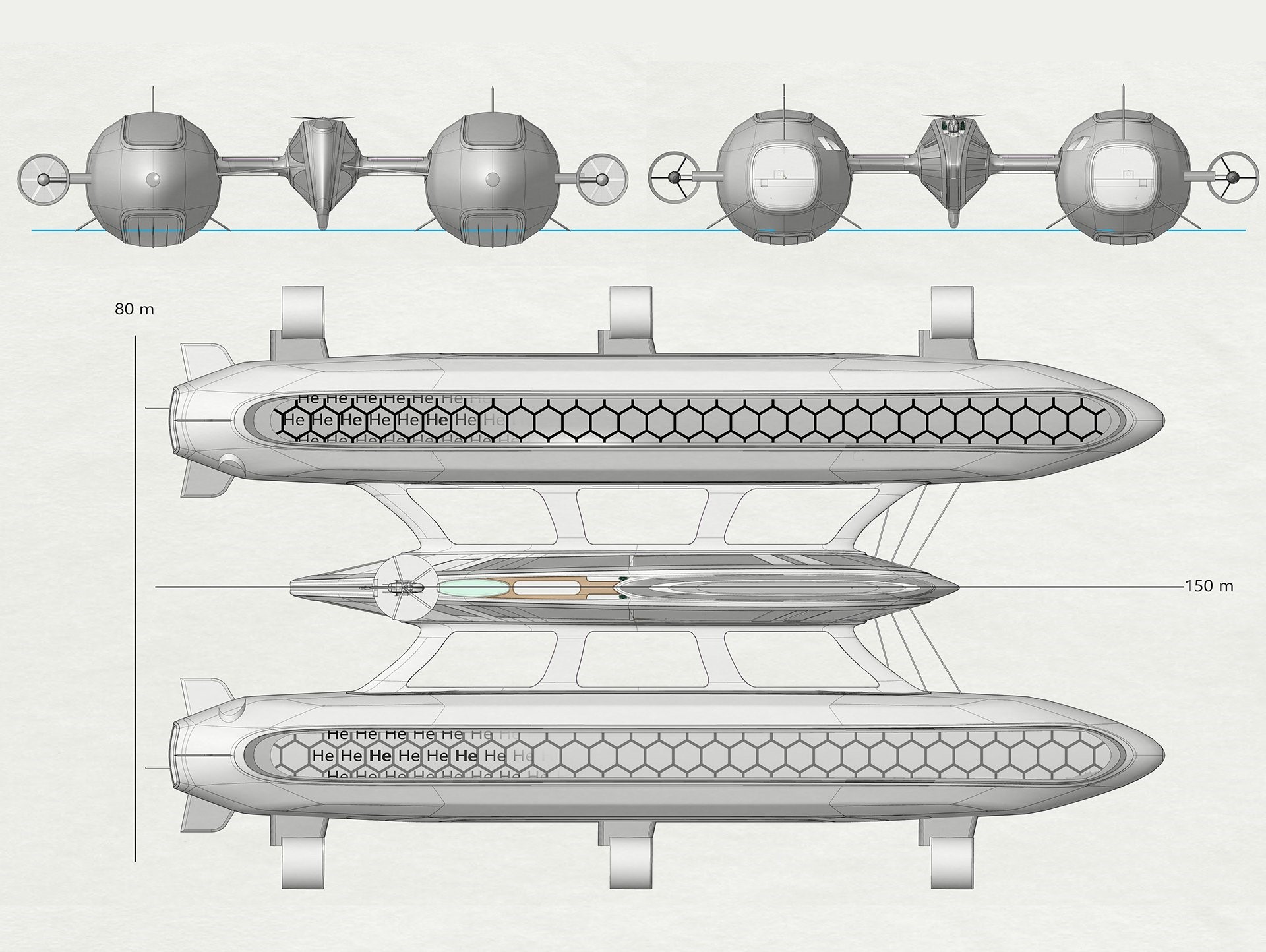