The incident on Thursday came just days after the third anniversary of the revocation of constitutional autonomy of Indian-administered Kashmir by New Delhi and shortly before India is set to celebrate the 75th anniversary of independence from British colonial rule.

The attack took place in the early hours in the Rajouri district.

The area around the scene was cordoned off afterwards as security forces conducted searches.

An army official said: “Three soldiers were killed and two were injured in the attack. However, troops fired back and killed two militants.”

India has struggled for decades to dampen secessionist sentiments in what had been its only Muslim-majority state.

Many Kashmiris saw the loss of special autonomy in 2019 as another step in the erosion of the rights of Muslims by India’s Hindu-nationalist government. 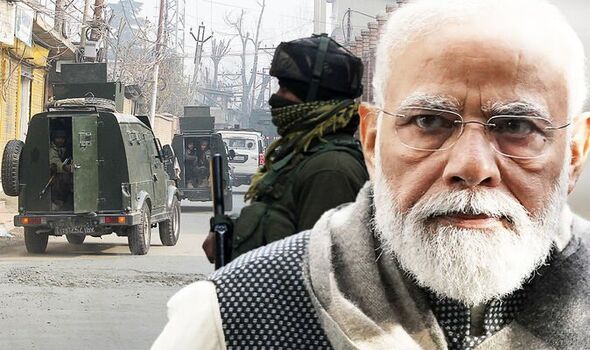 Reasserting New Delhi’s control in August of that year, Prime Minister Narendra Modi abolished Article 370 of the constitution, removing the region’s statehood and splitting Kashmir into the two federal territories of Jammu and Kashmir and Ladakh.

The government rejects Kashmiris’ criticism, arguing it would promote the region’s development by drawing it closer to the rest of the country.

Pakistan also reacted with fury to the changes, saying that Kashmir was an international dispute and any unilateral change in its status was a violation of international law and UN resolutions on the region. 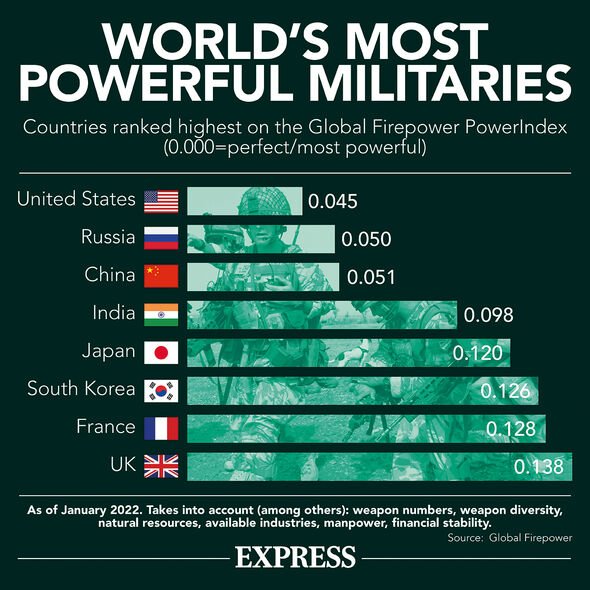 Meenakshi Ganguly, South Asia director at HRW, said: “Three years after the government revoked Jammu and Kashmir’s constitutional status, the Indian authorities appear to be more concerned with projecting an image of normalcy than ensuring rights and accountability.

“The government needs to end the assault on fundamental freedoms and act to protect minority groups at risk.”

Ever since India and Pakistan’s independence from Britain in 1947, Kashmir has been home to insurgencies, lockdowns and political deception.

The beautiful Himalayan territory, which is claimed in full by India and Pakistan but ruled in parts by the two neighbours, has been disputed by India and neighbouring Pakistan since the end of British colonial rule. Both countries claim it in full but rule it in part. 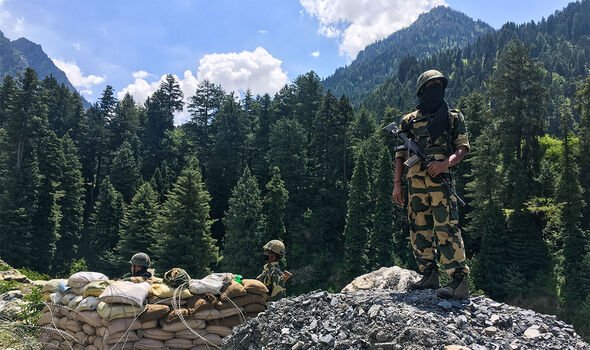 India holds the populous Kashmir Valley and the Hindu-dominated region around Jammu city, while Pakistan controls a wedge of territory in the west.

Then, there is China, which holds a thinly populated high-altitude area in the mostly Buddhist northern Ladakh region.

Kashmir has in fact been at the heart of two of the four wars India has fought with Pakistan and China.

For decades, Beijing was not viewed as a major military threat by New Delhi.

However, India’s ever-growing economy — it is now significantly larger than Pakistan’s — and China’s increasingly assertive push for power across Asia have made room for new challenges on the foreign policy front.

The current military deadlock between the two Asian giants over their disputed mountain border in Ladakh triggered a severe escalation in tensions between the two nations.

Despite 17 rounds of diplomatic and military talks, the standoff continues.

The Galwan clashes in 2020, where soldiers from the two sides fought a medieval-style battle with stones, fists and clubs, were a reflection of the increasingly tense relations between Xi Jinping’s and Modi’s government.