Give yourselves a hand! Great British Spring Clean ends… with 437,000 heroes joining the tidy-up campaign

The Great British Spring Clean came to an end yesterday – and the Daily Mail thanks every one of the 437,000 litter pickers who turned out to join the campaign.

Across the UK, big-hearted volunteers rolled up their sleeves to help remove the scourge of rubbish.

An incredible 437,183 people signed up for the drive, which ran from March 25 until yesterday and was organised by Keep Britain Tidy and backed by the Daily Mail. Together they filled up 445,166 bin bags of rubbish. 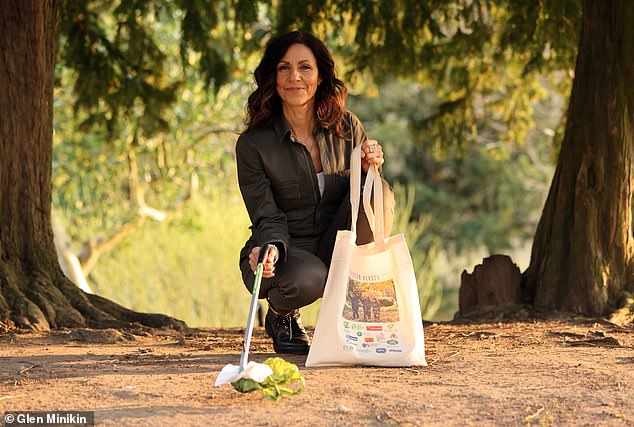 Julia Bradbury is pictured litter-picking at the Pavilion Gardens in Buxton, Derbyshire. The campaign received support from celebrities and politicians across Britain, with 437,000 litter pickers turning out to help tidy up the British countryside 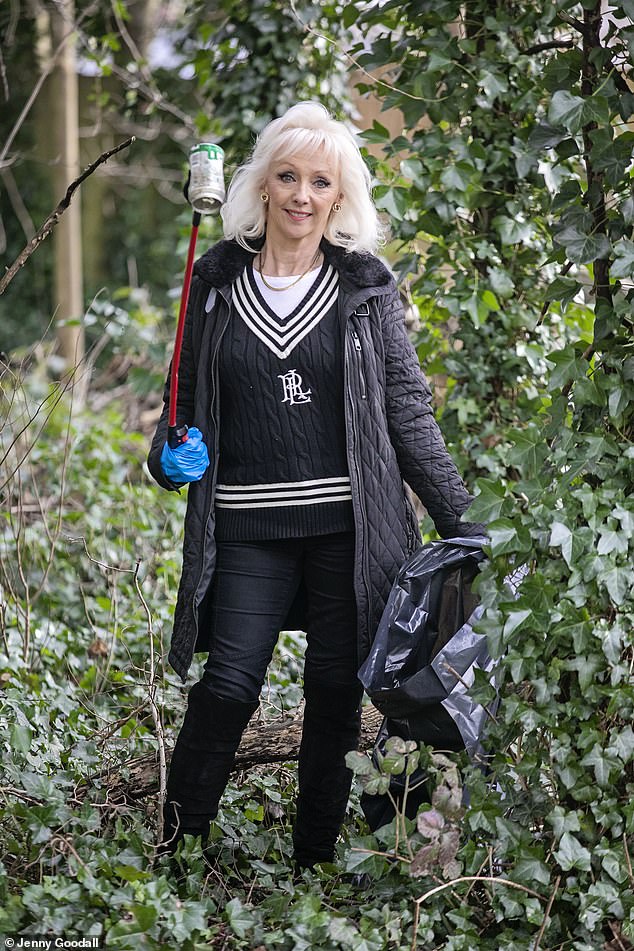 Debbie McGee is pictured picking up litter from the village green in Wargrave as part of the Great British Spring Clean, organised by Keep Britain Tidy and backed by the Daily Mail

Households will be able to dispose of DIY waste for free under Government plans which aim to crack down on fly-tipping.

Local authorities have previously been able to enforce a ‘backdoor charge’ on households by classifying DIY waste as construction materials.

But today’s announcement means waste including plasterboard and bath units can be legally binned for free, saving families up to £10 per item.

Jo Churchill, the resources and waste minister, said: ‘When it comes to fly-tipping, enough is enough. I want to make sure that recycling and the correct disposal of rubbish is free, accessible and easy for householders.’

There were more than 60,000 fly-tipping incidents involving these sort of materials in the UK between 2020 and 2021.

Keep Britain Tidy’s chief executive, Allison Ogden-Newton OBE, said: ‘The collective effect of the efforts of everyone who took part in the Great British Spring Clean is significant for our environment.

‘More than 150,000 children and young people joined in the Great Big School Clean, proving that no one’s too small to make a big difference.’

Meanwhile, Jo Churchill, the resources and waste minister, said: ‘The Great British Spring Clean has once again been a brilliant demonstration of what we can achieve for our environment when we work together.

‘In the Queen’s jubilee year, I want to thank everyone involved in our mission to tackle litter.

‘We have ambitious plans to make companies more responsible for managing their packaging waste and introduce a deposit return scheme to ensure billions more drinks bottles and cans are safely returned to shops and recycled.

‘We all want to be able to take pride in our local area and enjoy our parks and countryside – so we will continue our fight.’

More than a thousand offenders have joined in with the Great British Spring Clean as part of a £93million government programme.