On April 7, Tesla officially opened its Giga Texas factory in Austin. The event dubbed the “Cyber Rodeo” featured a string of announcements from Tesla’s C.E.O Elon Musk, including the introduction of a beta version of the self-driving vehicle package and a new Tesla model – “a dedicated Robo-taxi, that’s gonna look quite futuristic”.

However, perhaps what will likely be remembered most is the memes on display at the event. From Elon Musk’s ridiculous cowboy hat to an Ad depicting Cybertruck’s armored glass breaking-albeit Elon saying it is unbreakable- and then, a massive drone light image depicting Dogecoin.

Towards the end of the seven-and-a-half-minute drone show featuring a sequence of images, an image portraying DOGE appeared, sending crypto fans into a frenzy. 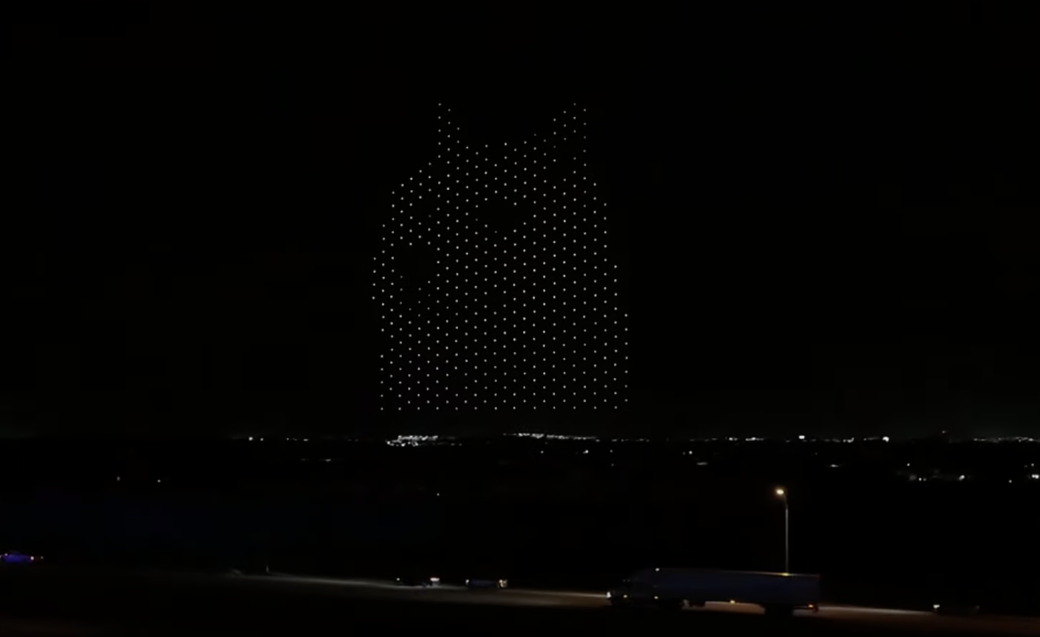 But what’s more? after the DOGE image, another image showing what seemed to be a hedgehog with the phrase “haha yes” appeared.

“Haha Yes” is usually displayed during the payment confirmation on Tesla’s website, suggesting that Tesla could broaden its DOGE acceptance for payments. These images sent DOGE soaring by over 7% in under an hour after the short film hit the airwaves on April 7, a trend that seems to have picked up on Sunday.

Musk has been advocating for Dogecoin payments with his relationship with energy-intensive currencies such as Bitcoin remaining strained. In January, Tesla started accepting DOGE for merchandise payments.

Recently, the billionaire bought a sizeable stake in Twitter, promising a shakeout that would restore the app’s democracy. Apart from suggesting a raft of other changes to the social media giant including slashing the price of Twitter’s Blue premium subscription service, Musk also wants users to have the option to pay for subscriptions using Dogecoin, as per a Sunday tweet.

Launched in 2021, Twitter blue is Twitter’s pioneer subscription service offering “exclusive access to premium features” on a monthly subscription basis. The nominal subscription rate is currently $2.99 which is quite high according to Musk and should be slashed. 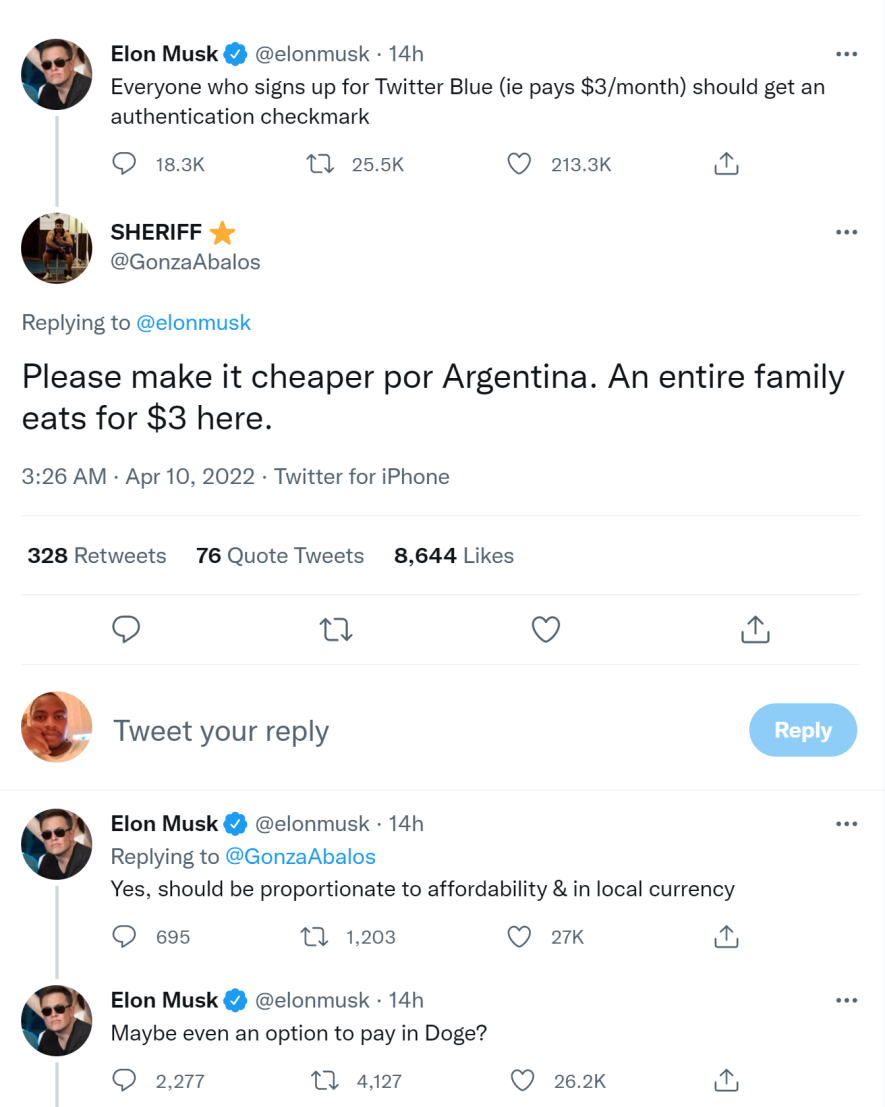 That said, whereas Dogecoin’s recent movement since February 10 has been likened to that of stablecoins, traders are optimistic that the prospect of Twitter integrating Dogecoin will throttle the price to new highs despite the recent fakeout which saw DOGE undo last week’s gains.

Since bottoming at $0.11 in mid-march, the price has turned around and has begun printing higher lows after breaching a falling wedge’s upper trend line at $0.123. Currently, DOGE is hovering around $0.1566 after gaining 8.57% in the last 24 hours with various technicals suggesting that another 93% ascent is likely towards the $0.3400 barrier.