When Boris Johnson quit as foreign secretary in 2018, Lord McDonald showed enthusiasm beyond the call of duty to have him ousted from his official Carlton Gardens residence by demanding his telephone and a timetable for his departure.

According to biographer Tom Bower, Foreign Office boss McDonald emailed that Boris could no longer use the official car and should leave the house within 48 hours. 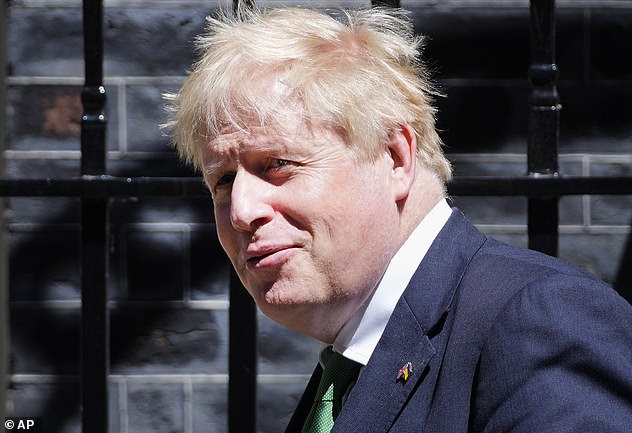 ‘Time is passing and I have still not seen a plan,’ he warned, securing Johnson’s departure three weeks later on July 30. Doesn’t Boris have reason for his disgruntlement towards his mandarin assassin?

While hardly exhibiting a camel’s thirst for alcohol, Camilla displays her enthusiasm for strong liquor at the Royal Cornwall Show. With Prince Charles, she tours stands eagerly sampling a variety of strong drinks including local gin, vodka and cider. The royal drinkathon was filmed for ITV documentary Camilla’s Country Life, airing next Wednesday, with the jovial duchess declaring after her mini pub crawl: ‘I’m still standing, they didn’t fell me!’

Forty-three minutes after newly appointed ITV News editor Andrew Dagnell sent an email to staff announcing his appointment, political mayhem erupted with chancellor Rishi Sunak resigning. Andrew advised staff that by prior arrangement he would be away for five weeks from September on paternal leave. Fingers crossed Putin doesn’t choose that window to invade Poland.

Royal pundit Victoria Arbiter threatens to sue hoaxers who tricked her into commentating on Harry and Meghan’s Oprah Winfrey show before it was broadcast. Will Harry now try to get his own back on Russian pranksters Vladimir Kuznetsov and Alexey Stolyarov who posed as Greta Thunberg in a call he took to be genuine? 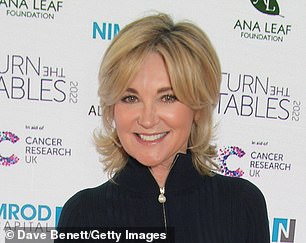 Anthea Turner, pictured, had a narrow escape when she declined to telephone then heart throb David Cassidy after he gave her his number.

Samantha Fox accepted no nonsense when an amorous Cassidy followed her into the toilets after they had filmed a topless photoshoot.

Sam kneed him in the groin.

Dame Joan Collins’ chum Julian Clary reveals his menu for the regular poker sessions he hosts: ‘There are nibbles, peanuts and those tortilla things – I didn’t provide a dip, Dame Joan does not want guacamole running down her very expensive blouse – then we moved on to chicken or salmon with salad. Joan’s very keen on chocolate mousse.’ Does Joan return the compliment? ‘She sends out for pizza,’ he wails. ‘I don’t think she’s ever been in a kitchen for the last 50 years.’

Tales abound of the late Peter Brook’s eccentric and marathon directing sessions, with one exhausted group of actors taking affirmative action. They persuaded the Lord of the Flies director to put a paper bag over his head, then sneaked out and left him sitting alone.