Denmark to permanently stop AstraZeneca vaccine, but will other countries follow suit?

Denmark 'shouldn't have to pay for EU's struggles' says Kofod

Denmark is the first country in the EU to drop the AstraZeneca coronavirus vaccine from its COVID-19 inoculation program, amid concerns over its serious side effects. The decision was made following reports of rare blood clots in some recipients. The Danish health authority said the link is “rare but serious”.

Denmark is a country of 5.8 million people and has reported 238,869 coronavirus cases so far.

Overall, 77 percent of those vaccinated received the Pfizer/BioNTech vaccine, 7.8 percent Moderna and 15.3 percent the Oxford/AstraZeneca vaccine.

Denmark first suspended the use of the AstraZeneca jab on March 11 and has now decided to “continue the rollout of its vaccination programme, without AstraZeneca”.

The country originally paused the use of the vaccine for three weeks to March 25, with less than 150,000 people in Denmark receiving the AstraZeneca vaccine.

The Danish Health Authority has scheduled a briefing about the AstraZeneca for Thursday at 2pm, with sources indicating the country will permanently withdraw the AstraZeneca vaccine from the country’s Covid vaccination programme.

Instead, the country is offering its citizens the Pfizer, Moderna and Johnson & Johnson vaccines. 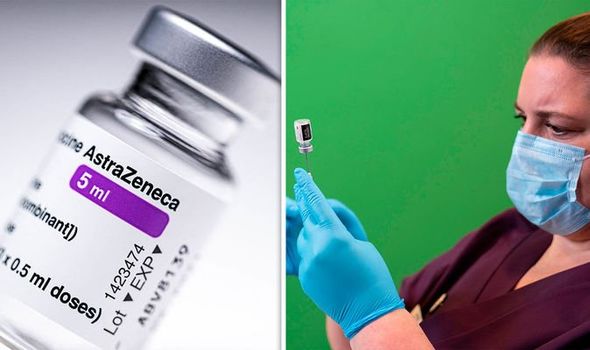 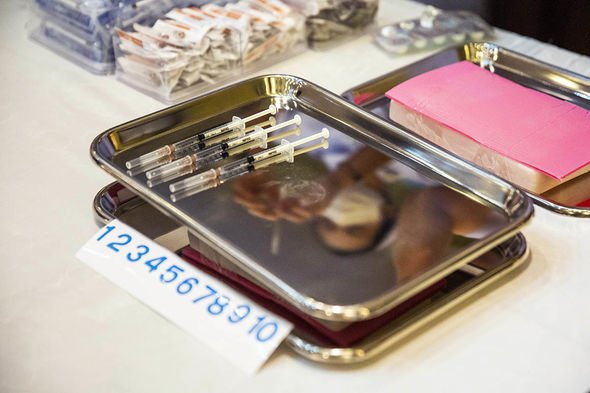 Last week, the European Medicines Agency (EMA) announced the unusual blood clots would be considered as a very rare side effect of the vaccine.

The agency said it had come to its conclusion on the COVID-19 vaccine after taking into consideration all available evidence.

The EMA reminded people the side effects are extremely rare and most cases have been reported in women under the age of 60.

The move came as UK Government advisers said Britons aged 19 to 29 will be offered an alternative to the AstraZeneca vaccine. 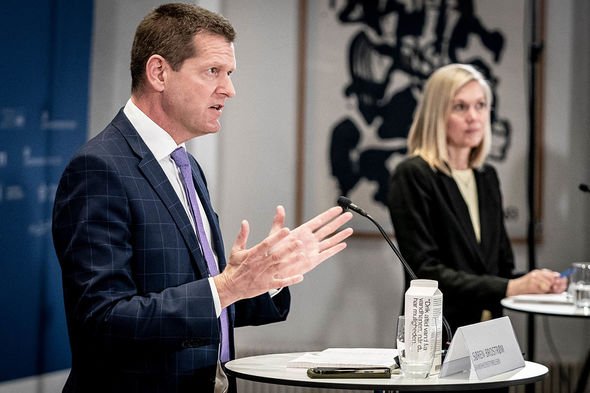 Asked whether the AstraZeneca vaccine was safe, Dr Martin Michaelis, from the University of Kent, told Express.co.uk: “This depends on what you mean by safe. If you mean that there cannot be any risk associated with a drug or a vaccine, this is an unrealistic expectation.

“All drugs and vaccines have some side effects. An overdose of paracetamol can be deadly.

“Thousands of individuals die from aspirin. The use of oral contraceptives (the ‘Pill’) is associated with an enhanced risk of blood clots (thrombosis).

“Hence, the question is whether the benefit of a treatment outweighs the risks or not.”

He added: “Generally, the Oxford/AstraZeneca vaccine is very safe. It has been tested in tens of thousands of individuals in clinical trials and given to millions of patients.

“Recently, concerns have been raised about a connection between a certain form of blood clotting (thrombosis) in the brain, which is called cerebral venous sinus thrombosis.

“This is a very rare condition, but it is not exactly clear how rare. Estimations are typically in the range of three to four cases per million individuals per year.

“However, other studies have suggested that this may be an underestimation and that about 15 cases per million individuals per year are more realistic.” 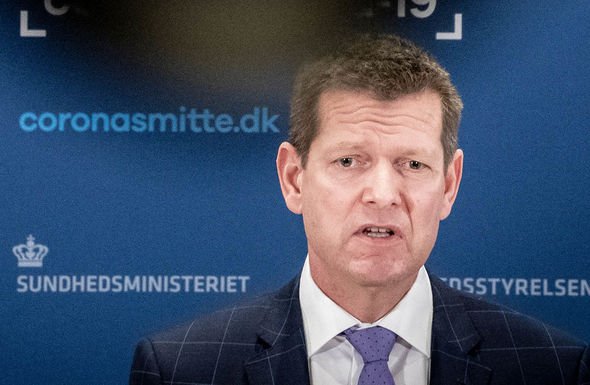 The virologist said Germany had seen the highest number of cases of any country so far.

He told Express.co.uk: “Germany has reported 31 cases of cerebral venous sinus thrombosis in 2.7 million individuals, who had been vaccinated with the Oxford/AstraZeneca vaccine, while 22 cases have been recorded among 18.1 million individuals in the UK.

“A difference between Germany and the UK is that the Oxford/AstraZeneca vaccine was originally used predominantly for younger individuals in Germany.”

Professor Michaelis added: “Given the available evidence, it is impossible to decide whether the Oxford/AstraZeneca vaccine is responsible for the observed cases of cerebral venous sinus thrombosis or whether this is just a coincidence.

“In this context, it also needs to be appreciated that if you start to closely monitor a cohort of people you will see changes in the incidence of many events purely by chance.

“If you want to show a causative link, you will either need a very strong and consistent correlation and an understanding of the underlying mechanisms that you can then test.

“As far as I can see, it is still too early to say whether cases of cerebral venous sinus thrombosis are actually increased after vaccinations with the Oxford/AstraZeneca vaccine.” 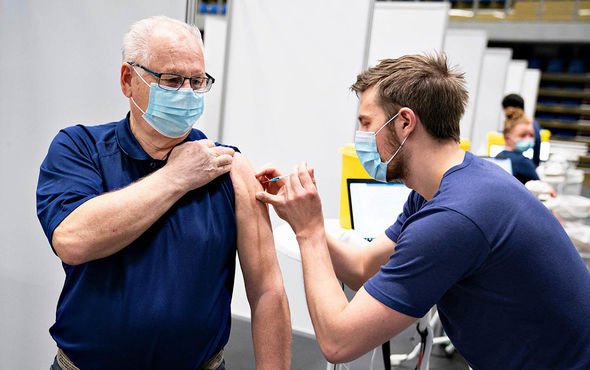 Which countries have restricted the use of AstraZeneca so far and may permanently ban its use?

France, Germany and the Netherlands all restricted the use of the vaccine to older people, over fears younger people are more at risk of blood clots in the wake of the EMA announcement.

France advised health officials that people aged under 55 would receive an alternative to AstraZeneca for their second shot earlier this month.

Vaccine advisers in the US have told CNN they do not foresee AstraZeneca’s vaccine being used in the country.

Germany suspended the use of the AstraZeneca vaccine for those below the age of 60 at the end of last month.

Canada has also restricted the use of the vaccine to those aged over 55.

Italian health officials said the AstraZeneca vaccine should only be given to those aged 60 and above.

The Sicilian president Nello Musumeci said up to 80 percent of those offered the AstraZeneca vaccine had refused it.