Chinese state television has reported that men and materiel have been transported from Manzhouli in Inner Mongolia to Zabaikalsk in the far east of Russia, in advance of the forthcoming International Army Games. The event is being held for the first time since February 24’s invasion. A train loaded with personnel, tanks and other vehicles departed Manzhouli recently, the military channel of state broadcaster CCTV reported yesterday, without offering additional details.

China’s team will compete against others from 37 countries and regions in what is Russia’s largest multinational military exercise, to be held between August 13 and 27.

Exercises will take place across 12 countries, including Russia and China themselves, Iran, India, Kazakhstan, Uzbekistan, Azerbaijan, Armenia and even Venezuela in South America.

The decision to include Venezuela could be a “strategic move” for China, Russia, Iran and Venezuela “to preposition forward-deployed military assets in Latin America and the Caribbean”, Washington-based think tank the Centre for a Secure Free Society, suggested recently. 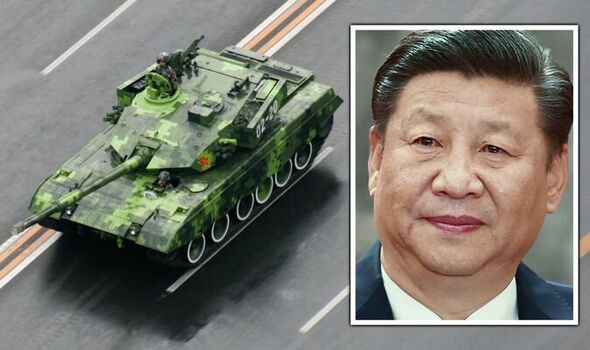 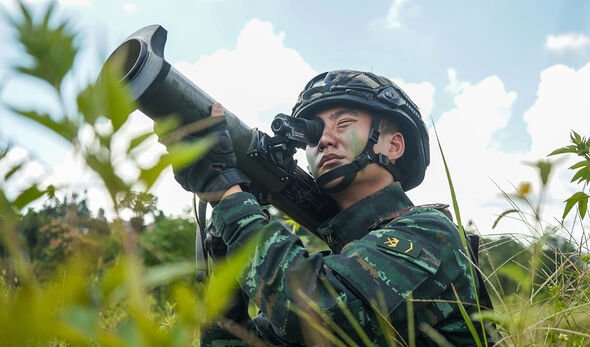 Meanwhile, Niger and Rwanda will become the first African countries to participate, the Russian defence ministry has said.

China will host three competitions, including a frigate race and an infantry fighting vehicles game.

The People’s Liberation Army (PLA) is hoping to learn from its Russian counterparts, with their experience of military operations in North Caucasus, Georgia, Syria and most recently Ukraine. 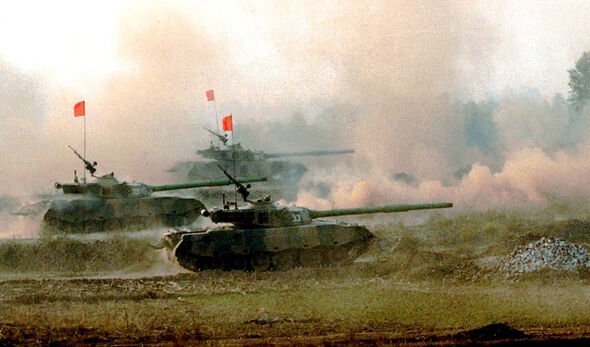 Russia’s defence ministry says the Games are aimed at sharpening the skills of combat troops, with the challenges including a 50km (31-mile) march through the snow.

First held in 2015, this year’s event is being for the first time since Putin ordered Russian troops to invade on February 24.

However, Samuel Cranny-Evans, a Research Fellow at the Royal United Services Institute (RUSI), told Express.co.uk: “I’m not sure it increases tensions much at all. 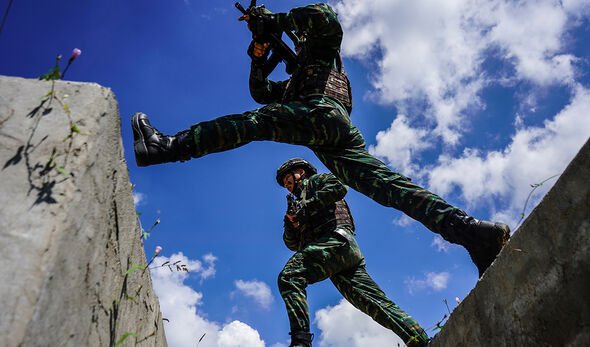 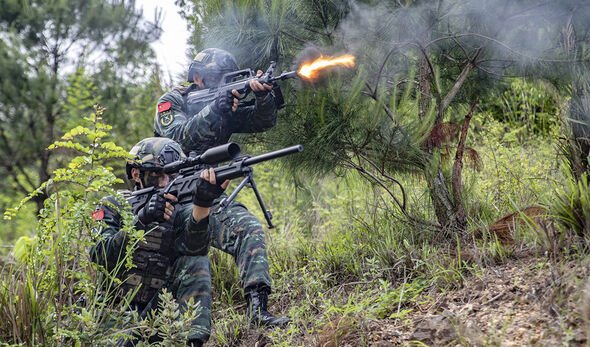 “The PLA and Russian militaries work together quite often and have for at least a decade.

“The army games in particular are attended by a range of former Soviet states as well as others that are partners.

“China has sent teams to them for a long time too, and even hosts some of the games in China.” 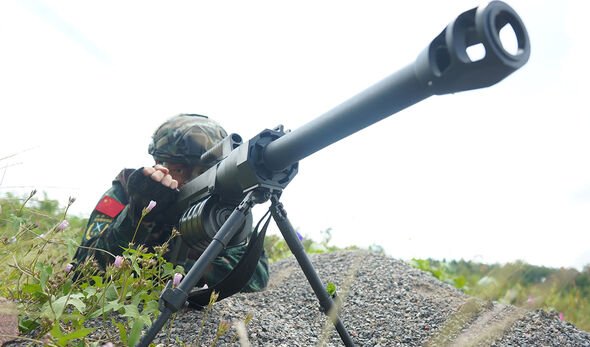 Mr Cranny-Evans stressed: “It’s not much to worry about. Nato has a series of games every year too.

“Russia and China are part of the CTO, which is all about security in Central Asia, so they have quite a high degree of cooperation and engagement at times.”

It would be “troubling” if China started sending weapons to Russia, Mr Cranny-Evans acknowledged. 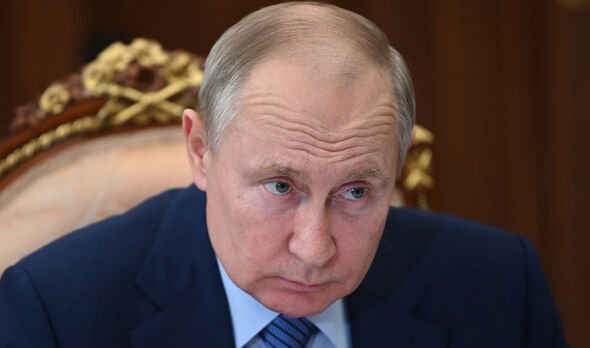 However, he added: “The tanks are for Chinese crews.

They compete in something called the tank biathlon, the crews have to complete an obstacle course in a race against other crews.

“Most of them use tanks supplied by Russia but the PLA takes its own.”