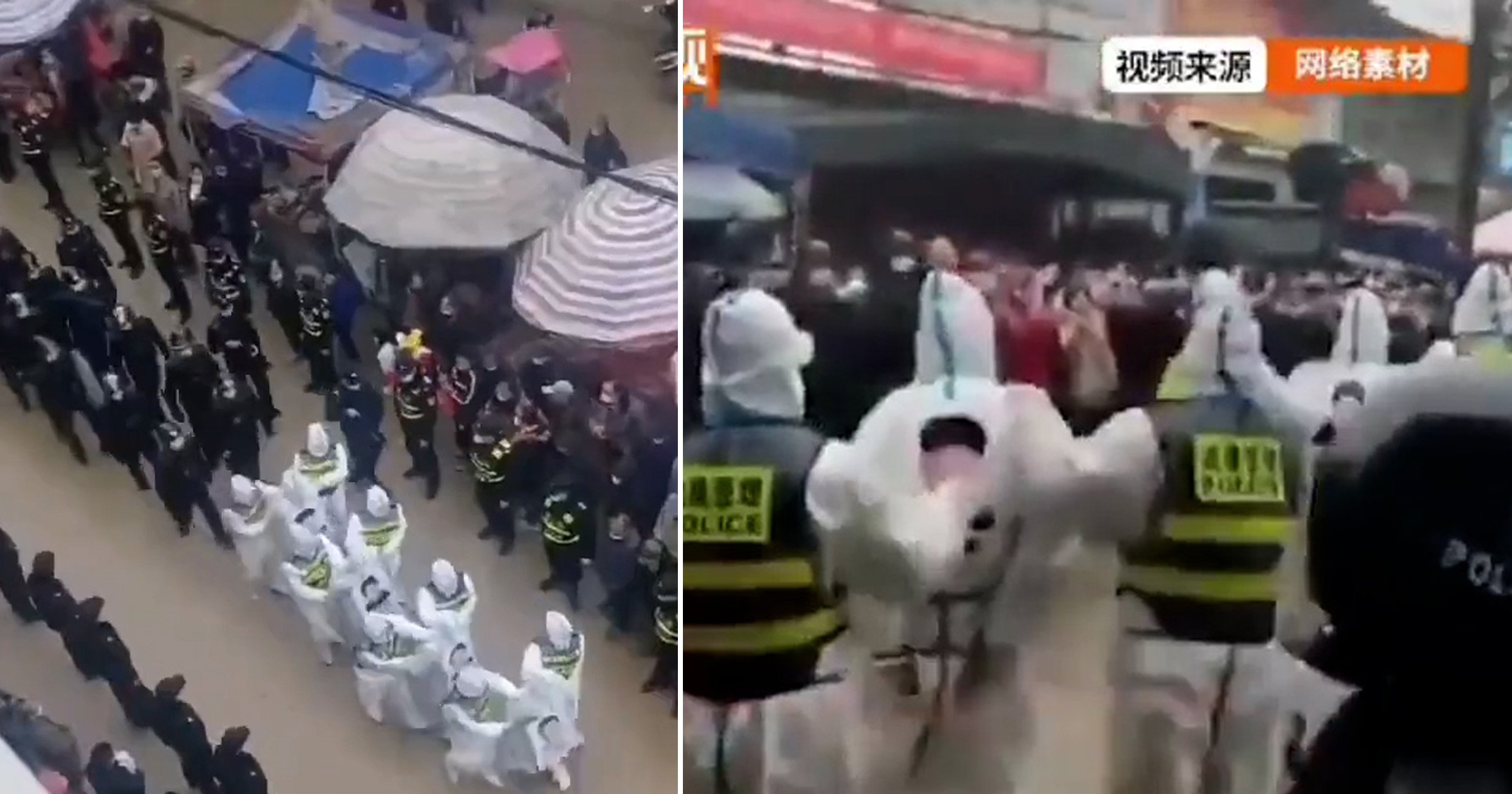 Four alleged Covid rule breakers have been paraded through the streets of China in a public shaming which has sparked widespread outrage.

Armed riot police in the south of the country marched the quartet around in hazmat suits – and placards with their pictures and names – state media reported on Wednesday.

China banned public shaming of criminal suspects in 2010, after decades of campaigning by human rights activists.

Yet the practice has resurfaced with local governments struggling to enforce a national zero-Covid policy.

Photos showed each suspect held by two police officers wearing face shields, masks and hazmat suits – and surrounded by a circle of police in riot gear, with some holding guns.

The four were accused of transporting illegal migrants while China’s borders remain largely closed due to the pandemic, the newspaper said.

Jingxi is near the Vietnamese border.

The public shaming was part of disciplinary measures announced by the local government in August to punish those breaking health rules.

But there was revulsion at the tactics, with official outlets and social media users branding the approach heavy handed.

The Chinese Communist Party-affiliated Beijing News conceded that Jingxi is ‘under tremendous pressure’ to prevent imported coronavirus cases but said ‘the measure seriously violates the spirit of the rule of law and cannot be allowed to happen again’.

Hundreds of millions of people have reportedly viewed videos of the incident.

Other suspects accused of illicit smuggling and human trafficking have also been paraded in recent months, according to reports on the Jingxi government website.

Videos of a similar parade in November showed a crowd of people watching two prisoners being held while a local official read out their crimes on a microphone.

They were then seen marching through the streets in their hazmat suits, flanked by police in riot gear.

And in August, dozens of armed police were seen marching a suspect through the streets to a children’s playground.