A long-term study has revealed psychological stress among Australia’s young people was soaring even before the pandemic hit, as their economic and personal wellbeing deteriorated.

The latest edition of the University of Melbourne’s landmark HILDA study shows younger Australians were taking longer to find full-time work in the years leading up to COVID-19 than at any time this century and that graduate earnings were in decline. 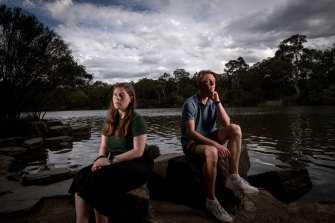 Young adults were living longer with their parents in 2019, the Household, Income and Labour Dynamics in Australia survey found, and home ownership was slipping further out of reach as house prices continued to rise.

Thirty per cent of respondents aged 18 to 25 reported feeling psychological distress – a 41 per cent increase since 2007.

The latest edition of the longitudinal study, which has followed the lives of more than 17,000 Australians each year since 2001, gathering data on households, relationships, income, employment, health and education, found the nation remained generally prosperous despite flat income growth in the past decade compared to the period of 2001 to 2010.

But one of the lead authors of the report, which will be published on Tuesday using the data gathered in 2019, told The Age and The Sydney Morning Herald that there were worrying signs in the finding for some groups, particularly single-parent households and young adults, and that the economic challenges of the pandemic were expected to make things worse.

Professor Roger Wilkins said the survey had detected a number of different ways that life was getting harder for young people and the pandemic had made things even more difficult, which he expected to see reflected in next year’s edition of the survey.

“It’s becoming harder to sort of make that transition into what we traditionally think of as adulthood, where you’re economically independent and you can buy a home and start a family and all those things,” Professor Wilkins said.

“On a range of metrics, it does look like things have worsened for young people and then on top of that, we see this growth in psychological distress in the community which is very much concentrated among younger people, particularly young women aged under 25.”

The mean age for starting full-time work has steadily increased, from 19.4 years in 2004 to 20.3 years in 2019. Fifteen to 24 year-olds are the only group in the labour force experiencing rising levels of casualisation.

More than 55 per cent of 15 to 24-year-old employees were employed casually in 2019. University graduates were earning less than those who entered the workforce 20 years ago.

Blackburn man James Rutherfurd, 24, has managed to land a job as a graduate data scientist after going back to university to obtain the qualifications, but he said he was still living at home to save money and avoid the stress of renting without any savings.

“I would like to move out, but as a student I didn’t even bother trying because it’s so expensive,” Mr Rutherfurd said.

“Now that I’ve started to actually work full-time and am moving into the next stage of life, I’m considering if I would like to move out. It’s so much more financially viable living at home.”

Kathryn Moran, also from Blackburn, recently finished her degree in occupational therapy and is about to begin work in her chosen profession but is in no rush to move out of her parents’ home.

“There’s nothing really kicking me out the door just yet, so I’m happy to stay with Mum and Dad until there is a reason for me to move,” the 22-year-old said.

“It’s obviously a lot cheaper. Until I have to, I don’t really want to have to think about moving out. It’s stressful, so I’m avoiding it.”