The Buffalo Bills have been through it since Monday when their teammate Damar Hamlin collapsed on the field, but they had incredible news to share on Thursday morning: Hamlin is continuing to improve, and at a "remarkable" rate.

Over the past day, Hamlin has shown that he "appears to be neurologically intact," which means he is responsive, making purposeful movements (i.e. planned movements that he is directing with his brain), and following commands. While the Bills didn't reveal more than that, one of Hamlin's teammates, cornerback Kaiir Elam, tweeted that Hamlin is awake.

Our boy is doing better, awake and showing more signs of improvement. Thank you God. Keep the prayers coming please. All love 3!

Bills to practice Thursday after call from Hamlin's father

The news about Hamlin's progress will undoubtedly give the entire team a boost before they reportedly practice on Thursday for the first time since Hamlin collapsed on the field and went into cardiac arrest. That's a big step for them to take considering what they experienced during "Monday Night Football" three days ago, but even before the positive news about Hamlin was announced, the Bills got a call from a very special person.

According to multiple reports, Mario Hamlin, Damar's father, spoke to the Bills via Zoom on Wednesday. He told the players that Damar, who remains in critical condition in the ICU at the University of Cincinnati Medical Center, has been "making progress."

Damar Hamlin’s father, Mario Hamlin, addressed the entire Bills team on a zoom call Wednesday to personally update everyone in attendance on his son, per source. Mario Hamlin informed the Bills that Damar was making progress and, in the words of one source, “the team needed it.”

Hearing from Mario was reportedly "emotional," but it helped "calm" everyone down and was something the team "needed."

Mario Hamlin, Damar's father, did address the Bills team via a Zoom call yesterday. One source told me it was "emotional" but added some "calm" to what has been a very difficult situation. "This isn't easy," the source said, but we are "doing this together."

Hamlin was injured during the first quarter of the Monday night game against the Cincinnati Bengals. After taking a hit directly to the chest while trying to tackle wide receiver Tee Higgins, Hamlin was at first able to get up, but he almost immediately collapsed back down to the ground.

The Bills later said that Hamlin had gone into cardiac arrest right there on the field. The paramedics who rushed over had to restart his stopped heart and then administer CPR for nearly 10 minutes before he could be loaded into an ambulance (which had driven right onto the field) and taken to the hospital.

The 15 minutes that elapsed between Hamlin's injury and the ambulance driving away were chaotic and emotional. Bills players had come onto the field to support their teammate, and many were openly crying as they watched Hamlin receive life-saving CPR. Once the game was postponed, head coach Sean McDermott and a number of other players went to the hospital to be with Hamlin.

The team reportedly didn't get back to Buffalo until 2:30am ET on Tuesday morning, and no official activities were held that day. The Bills came back together on Wednesday for meetings and a walkthrough, as they still have a game to play against the New England Patriots on Sunday.

After going through such an emotionally fraught few days, hearing from Mario and getting a positive update about Damar will only help the Bills as they get back to business. 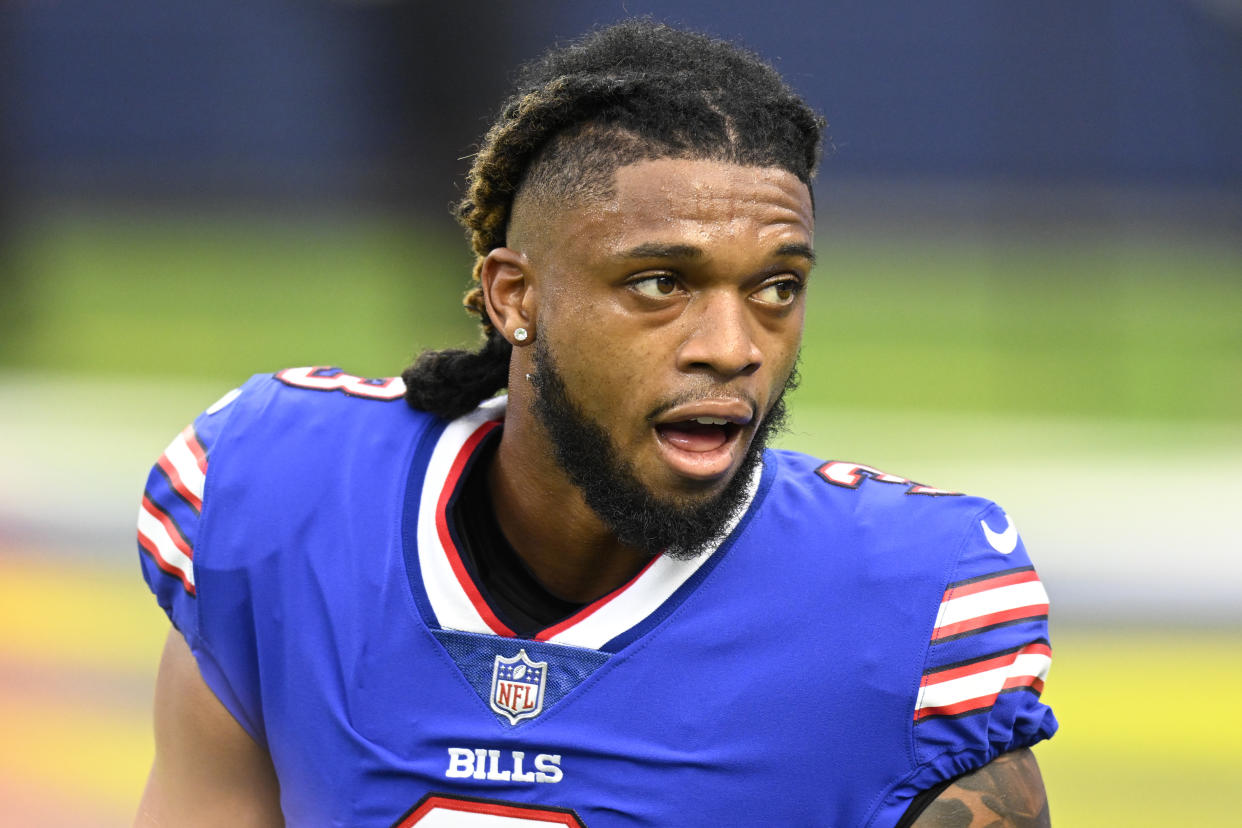