Furious Beijing slammed NATO on Thursday over a ‘completely futile’ warning in which the group said for the first time in a guiding blueprint that China’s power challenges the military alliance.

The response came after NATO’s strategic concept, published at a summit in Madrid, said Beijing’s stated ambitions and coercive policies challenged its interests, security and values.

He added that China ‘firmly opposes it’. 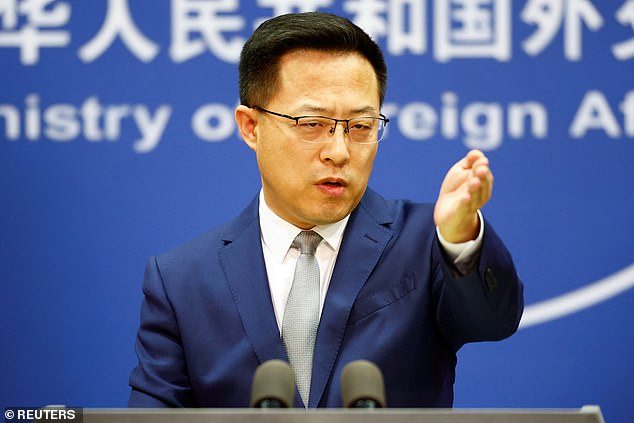 ‘We would like to warn NATO that hyping up the so-called China threat is completely futile,’ Zhao told reporters.

Leading NATO power the United States has pushed for the alliance to pay greater attention to China, despite reluctance from some allies to switch attention away from its focus on Europe.

Beijing has refused to condemn its ally Russia over the invasion of Ukraine, and the two countries have drawn closer in the political, trade and military spheres as part of a ‘no limits’ relationship.

Beijing has also been accused of providing diplomatic cover for Russia by criticising Western sanctions and arms sales to Kyiv.

In a sign of growing concern about China, leaders of regional partners Japan, South Korea, Australia and New Zealand also attended a NATO summit for the first time. 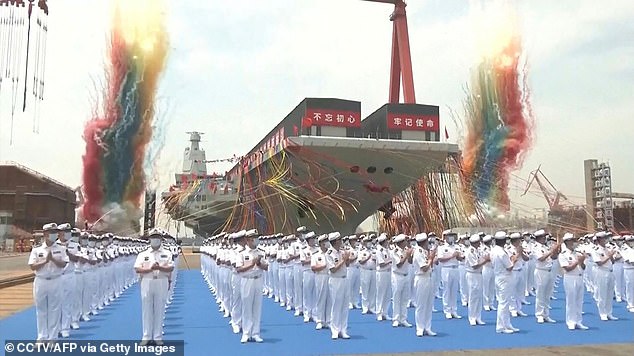 Pictured: The launch ceremony of the Fujian, a People’s Liberation Army (PLA) aircraft carrier, at a shipyard in Shanghai on June 17, 2022 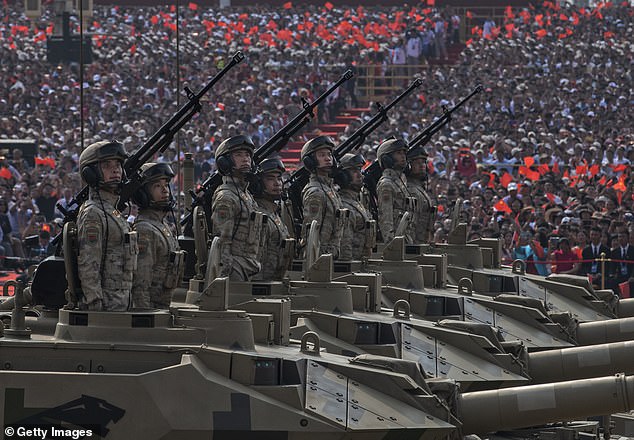 Pictured: Chinese soldiers are seen at a military parade in Beijing (file photo)

‘China is not our adversary. But we must be clear eyed about the serious challenges it represents.’

NATO, whose guiding document was updated for the first time since 2010, also accused China of targeting its members with ‘malicious hybrid and cyber operations and its confrontational rhetoric’.

But Zhao hit back, saying that China did not pose ‘the systemic challenge imagined’. 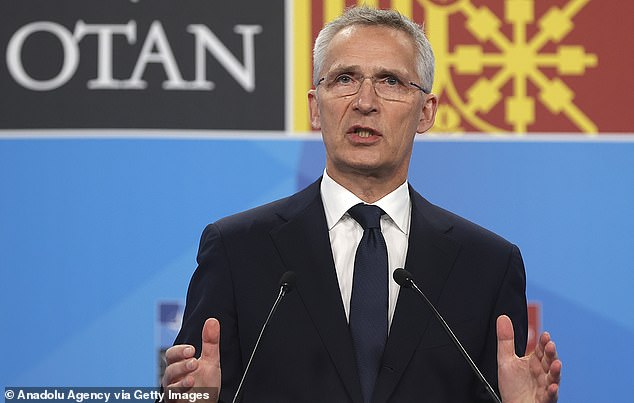 He added that the remarks about China’s ‘normal military development’ and national defence policy were irresponsible.

Instead, he said, it was NATO that is a ‘systemic challenge to world peace and stability’ and its ‘hands are stained with the blood of the world’s people’.

Ahead of the unveiling of NATO’s new strategy, Beijing had already pushed back against the alliance for increasing its attention on Asia.

Actions that undermine the stability of the Asia-Pacific region, Zhao said, were ‘doomed to fail’.

Chinese President Xi Jinping said Hong Kong had been ‘reborn of fire’ as he arrived Thursday to mark the 25th anniversary of the city’s handover, in his first visit since the business hub’s democracy movement was crushed.

Xi’s trip is a chance for the Chinese Communist Party to showcase its control after huge protests engulfed the city in 2019, prompting Beijing to impose a harsh crackdown.

‘In the past period, Hong Kong has experienced more than one serious test, and overcome more than one risk and challenge,’ Xi said after arriving at a high-speed train station in the heart of the city.

‘After the storms, Hong Kong has been reborn of fire and emerged with robust vitality.’ 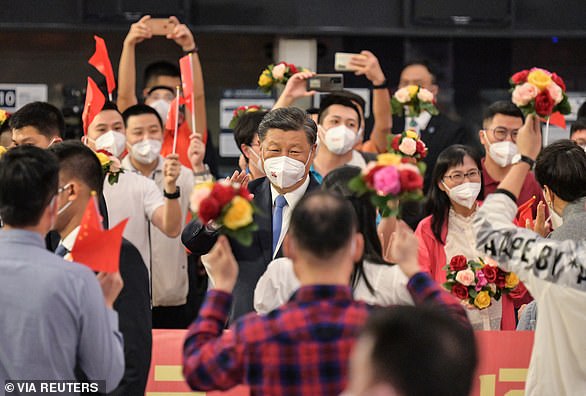 Chinese President Xi Jinping waves at people welcoming his arrival at the West Kowloon railway station, ahead of the 25th anniversary of the former British colony’s handover to Chinese rule, in Hong Kong, China June 30, 2022

Friday’s anniversary also marks the halfway point of the 50-year governance model agreed by Britain and China under which the city would keep some autonomy and freedoms.

Critics say a national security law imposed by Beijing after the 2019 protests has eviscerated those promised freedoms.

But Xi said Thursday ‘the facts have proved that One Country, Two Systems has great vitality’.

‘It can guarantee long-term stability and prosperity in Hong Kong, and defend the well-being of Hong Kong people,’ he added.