Labour refused to set out a plan to tackle Omicron yesterday while criticising Boris Johnson for failing to outline new restrictions.

In an interview on Sky yesterday, Miss Dodds was asked whether Labour would have followed scientific advice to introduce new restrictions. 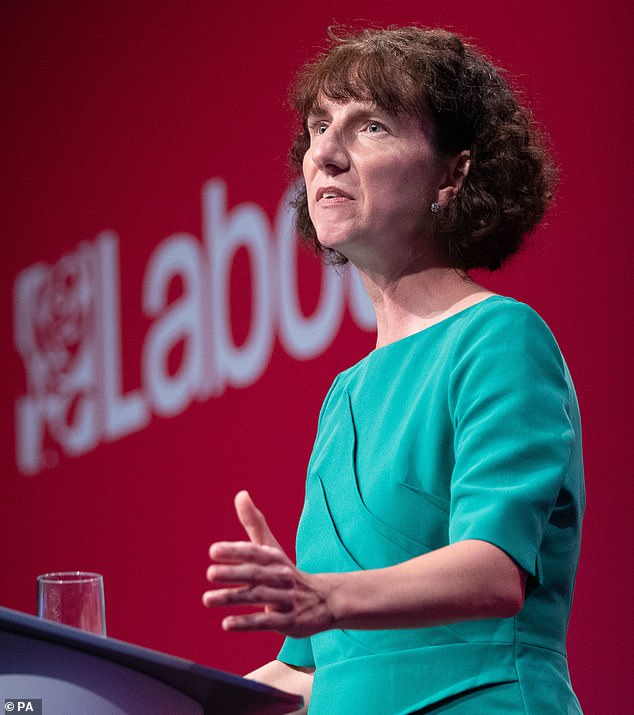 ‘We as the opposition don’t have access to all of the impact assessments, all the data that the Conservative government has,’ she said.

‘What we’ve always said is that we need to see those analyses. So yes, we’ve had those Sage minutes.

‘But the Conservative government … also has access to reams of other information.’

She criticised the Government for not having made a decision as to new restrictions, adding: ‘We all expected they would use that information to take a decision to provide some certainty. They haven’t done that.’

Labour leader Sir Keir Starmer told Times Radio he wouldn’t back a circuit breaker as he did in autumn last year, because hospitalisations are ‘different’ to levels last year.

Asked whether there should be new restrictions ahead of Christmas, Miss Dodds said: ‘Well, we don’t want to see any more restrictions that don’t need to be there.

‘But we do want is a plan and, as I mentioned, the Welsh Labour Government has set out that plan on the basis of the evidence that they have available to them as a government.

‘We’re calling on the Conservatives to do the same.’

However, she was quizzed about inconsistencies in Labour’s message and the party’s failure to set out an alternative plan.

Asked about shadow chancellor Rachel Reeves insistence that the party would follow Sage advice, she said that she was also advocating ‘following the evidence’.

Asked on Good Morning Britain on Tuesday what restrictions Labour would specifically introduce, Ms Reeves replied: ‘That’s not the job of the Opposition. We don’t have the information.’

She then said the party would follow Sage advice, adding: ‘At the moment Sage aren’t calling for any specific measures but they are saying that more action is needed.’

She added: ‘If I was in government, I would have been at those Covid meetings yesterday to get all of that evidence and make a decision.’