Victorian Premier Daniel Andrews has apologised to the families of the dozens of Victorians who died waiting for ambulances, blaming a surge in COVID-19 callouts for the state’s triple-zero crisis.

He also denied that the funding model of the state’s triple-zero service, ESTA, led to its failure to respond to the COVID surge, despite an independent report finding this was a key factor.

Thirty-three deaths are now linked to a collapse in call-taking performance, according to an independent report and what Victoria’s inspector-general for emergency management calls “agency command and control issues”. 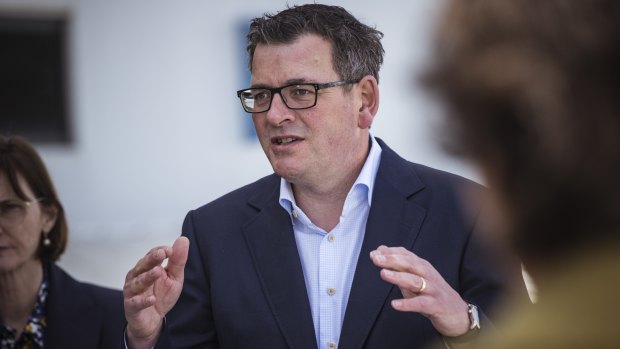 On Tuesday morning, the premier described the surge in emergency calls as a “unique and very, very challenging set of circumstances”.

“I offer my deepest condolences and sympathies and my personal apology – and the apology of the government more broadly – to anybody who has been touched by this virus and particularly those who have lost a loved one,” he said.

“You can’t imagine the pain and the great burden that those families carry with them every single day. And we extend those condolences and that apology with a sense of commitment, not only to those individuals, but a commitment to every single Victorian to make the … improvements, the investments [that are necessary]. That’s what we are doing.”

The emergency management inspector-general, Tony Pearce, told The Age on Tuesday the Andrews government’s response to his report failed to address the critical issue of a lack of sustainable, long-term funding for the agency. He described its current funding as “ad hoc”.

Andrews said on Tuesday there was “no equivalence” between the organisation’s funding system and its inability to respond to what he called an “unprecedented” surge in calls.

However, the independent report found “these financial constraints proved to be the main cause of ESTA’s inability to develop capacity to meet the scenarios that were played out in the COVID-19 Delta and Omicron waves.”

The report argued the service had been underfunded for years. This meant the agency was unable to respond to record demand, spurred by COVID-19, in 2020 and 2021. Call performance has since improved and more than 100 call-takers have been recruited.

Pearce told The Age the government’s $333 million four-year package was a “short-term fix” that did not put the agency on a long-term footing.

“What the IGEM wants, and it’s not unreasonable, he wants to know what’s going to happen beyond the funded period,” Andrews said. “We have to do better, we have to do more.”

The timing of the report’s release – on a Saturday when Melbourne was hosting its first AFL finals weekend since 2019 – drew criticism from the state opposition and media outlets. Tuesday morning was the first time the premier appeared before the media to answer questions about it. 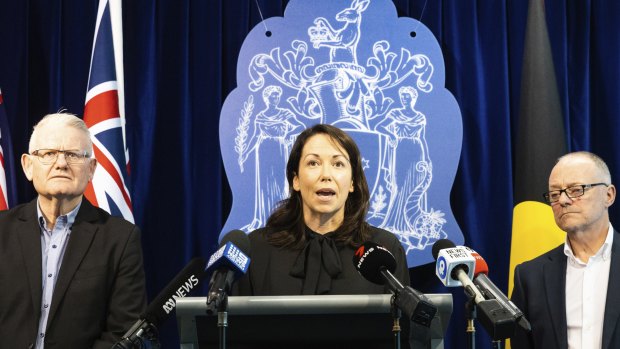 The opposition branded Andrews a “coward” over the timing of the report and not holding a press conference until Tuesday. The premier said it was offensive to grieving families to “draw an equivalence between my diary and the pain that these families [feel] today”.

“I don’t appear every single Sunday. I think I had spoken with you the three Sundays before. I’ve done more media conferences with you guys than many.”

He said he had “full confidence” in Emergency Services Minister Jaclyn Symes who managed the government’s response to the report, and dismissed criticism about the timing of its release.

“We’re in Melbourne. Every day in September is about football,” he said.

He said he had recently met with call dispatchers and knows they’ve been working “incredibly hard”.

“They are absolutely passionate about the work that they do,” he said, adding that the government has been recruiting hundreds of additional staff.