Why Democratic Departures From the House Have Republicans Salivating

WASHINGTON — With 18 months left before the midterms, a spate of Democratic departures from the House is threatening to erode the party’s slim majority in the House and imperil President Biden’s far-reaching policy agenda.

In the past two months, five House Democrats from competitive districts have announced they won’t seek re-election next year. They include Representative Charlie Crist of Florida, who on Tuesday kicked off a campaign for governor, and Representative Tim Ryan of Ohio, who will run for the Senate seat being vacated by Rob Portman.

Three other Democrats will leave seats vacant in districts likely to see significant change once they are redrawn using the data from the 2020 census, and several more are weighing bids for higher office.

An early trickle of retirements by House members in competitive districts is often the first sign of a coming political wave. In the 2018 cycle, 48 House Republicans didn’t seek re-election — and Democrats won 14 of those vacancies. Now Republicans are salivating over the prospect of reversing that dynamic and erasing the Democrats’ six-seat advantage.

“The two biggest headaches of any cycle are redistricting and retirements, and when you have both in one cycle it’s a migraine,” said former Representative Steve Israel of New York, who led the Democratic Congressional Campaign Committee in 2012 and 2014.

Democrats face other vexing challenges as well: Republican legislators control redistricting in key states where they can draw boundaries in their favor. Redistricting alone — with Republicans controlling mapmaking in three times as many districts as Democrats — could provide Republicans the seats they need to control the House. And historic political trends almost always work against the president’s party in midterm elections.

The prospect of losing the House majority adds a greater level of urgency for the Biden administration and congressional Democrats eager to push through expansive policy proposals. It also raises questions about the staying power of Democrats, after an election in which they barely ousted an unpopular president while suffering a surprising number of down-ballot losses in races they expected to win. The results appeared to blunt the momentum the party generated in 2018 when it picked up 41 seats in the House.

This could be just the beginning of the Democratic departures: The high season for congressional retirements typically comes in early fall after members spend the August recess taking the political temperature of their districts.

Further complicating the picture for Democrats is the Census Bureau’s monthslong delay in completing the reapportionment process and delivering to states the final demographic and block-level population data. That has left the parties’ House committees in a state of suspended animation, unable in many instances to recruit candidates and devise electoral strategy.

While each day brings announcements of new 2022 candidates, many are not being specific about which district they are running in. Dozens more are waiting until the fall, when they will see the new boundaries, to decide whether they will formalize their campaigns. 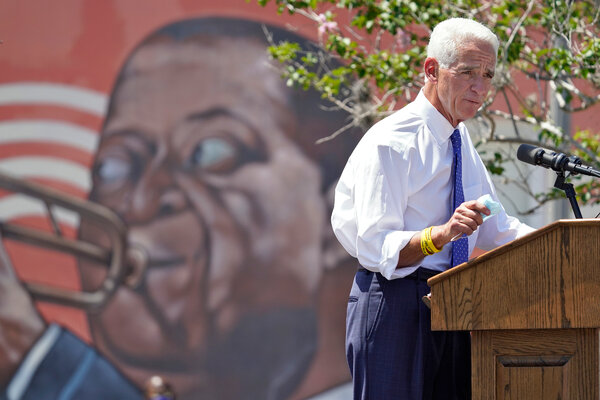 The largest concentration of competitive and vacant House seats may be in Central Florida. In addition to Mr. Crist, who represents St. Petersburg, two other Democratic representatives, Stephanie Murphy of Winter Park and Val Demings of Orlando, are weighing runs for statewide office.

All three now hold seats in districts President Biden carried handily last November, but with Republicans in control of Florida’s redistricting process, the state’s congressional map is likely to soon be much better for Republicans than it is now.

Each of the districts would be exceedingly expensive for a new candidate to run in because of the high cost of media in Florida, further stretching the party’s resources in what is expected to be a difficult election cycle.

“You have to assume that because Republicans get to control reapportionment that it’s not going to get any easier,” said Adam Goodman, a Florida-based Republican media strategist, who predicted that the G.O.P. would take two of the three seats now held by Mr. Crist, Ms. Demings and Ms. Murphy. “The Crist seat — it took a Charlie Crist type of person to hold that seat in ’20. The Democrats won’t have that person this time.”

Nikki Fried, Florida’s agriculture commissioner who is weighing her own run for governor, echoed that assessment as she tweaked Mr. Crist at her own news conference, which competed for attention with his campaign launch.

“It’s a time when we need his voice and his vote up in Washington, D.C.,” Ms. Fried said. “His seat is one that only probably Charlie Crist can hold on to, so really would like to have encouraged him to stay in Congress.”

Democratic strategists said it was hardly unusual for members of Congress to seek a promotion to statewide office.

“A lot of us lived through 2009 and 2010, and we’re not seeing that level of rush to the exits that we did then,” said Ian Russell, a former official with the House Democrats’ campaign arm. “It’s not surprising that members of Congress look to run statewide, that has been happening since the founding of the republic and doesn’t indicate a bigger thing.”

“House Democrats are sprinting to the exits because they know their chances of retaining the majority grow dimmer by the day,” said Representative Tom Emmer of Minnesota, the chairman of the National Republican Congressional Committee.

Along with Florida, Republicans are expected to draw themselves more favorable congressional districts in Georgia, where Democrats hold two competitive districts in Atlanta’s northern suburbs, and Texas, which will add two new seats for the 2022 elections.

Mr. Ryan’s Democratic district in Northeast Ohio is likely to disappear when Ohio Republicans draw a map with one fewer House seat, and Representative Filemon Vela of Texas, whose Rio Grande Valley district became eight percentage points more Republican from 2016 to 2020, chose retirement rather than compete in what was likely to be his first competitive re-election bid.

“This is where Democratic underperformance in 2020 really begins to hinder Democrats down ballot,” said Ken Spain, a veteran of the House Republicans’ campaign arm. “Republicans fared well at the state level last cycle, and now they’re going to reap the benefits of many of those red states drawing a disproportionate number of the seats.”

Because Republicans hold majorities in more state legislatures, and Democrats and voters in key states such as California, Colorado and Virginia have delegated mapmaking authority to nonpartisan commissions, the redistricting process alone could shift up to five or six seats to Republicans. That is potentially enough to seize the majority if they don't flip any other Democratic-held seats.

Democrats are expected to press their advantages where they can, particularly in Illinois and New York, states that lost one House district each in last week’s reapportionment. New York’s new map is certain to take a seat from Republicans in upstate New York, and one Republican-held seat in Central Illinois may be redrawn to be Democratic while another is eliminated.

For the moment there are more House Republicans, six, not seeking re-election than the five House Democrats retiring or aiming for a promotion to statewide office. But of the Republicans, only Representatives Lee Zeldin and Tom Reed of New York represent districts that are plausibly competitive in 2022.

With Democrats holding supermajority control of the New York State Legislature, Mr. Zeldin, who is running for governor, and Mr. Reed, who retired while apologizing for a past allegation of groping, could both see their districts drawn to become far more competitive for Democrats.