What The Census Tells Us About American Politics

The release of 2020 census data confirmed several longstanding trends in American life: The country is getting more and more urban, and more and more diverse.

For the first time, white people make up less than 60% of the country’s population, while the population of Hispanic, Asian and mixed-race residents continues to grow.

The country’s population as a whole grew by 7.4% over the past decade. But a majority of the nation’s counties ― most of them rural and already sparsely populated ― actually lost population. And people continue to flock to cities, especially in Sun Belt states like Texas and Georgia.

Making clear predictions about what this means for the future of politics and American life is a tricky exercise, dependent on how both major political parties and all 50 states manage the forthcoming reapportionment process, in which congressional and state legislative boundaries across the country will be redrawn to accommodate shifts in population.

But there are some clear patterns, with both long-term and short-term implications: Democrats’ tough redistricting cycle looks a skosh easier, a rising multiracial generation could scramble the American political playing field, and a Senate tilted in favor of shrinking rural areas remains the GOP’s biggest political advantage.

Almost all of the United States’ population growth happened in cities. Each of the country’s 10 largest cities gained population over the past decade, and eight of them grew faster from 2010 to 2020 than they did from 2000 to 2010. Fourteen cities added more than 100,000 residents. Counties with more than 100,000 people, on average, grew by 9.1%.

At the same time, 52% of the counties in the United States lost population over the last decade. Virtually all of these counties were rural ― counties with populations of 50,000 or less. This means a larger share of a larger American populace are crowding into denser and more Democratic areas.

While political scientists have generally found Democrats perform better once population density tops roughly 900 people per square mile, there’s not a lot of evidence that living in cities actually makes voters more liberal. (There’s more evidence that liberal-leaning people are inclined to move to cities for a variety of reasons.)

Typically, the rural-urban divide in politics benefits Republicans when redistricting time rolls around, since Democrats are clustered together. But urban population growth ― which exceeded earlier projections ― means voters with liberal leanings are more likely to spill out into multiple districts, potentially making those districts safer or more competitive for Democrats.

A good example is in Maine, where Portland and its liberal-leaning suburbs gained population while rural counties lost residents. That means moderate Democratic Rep. Jared Golden, who represents a rural district that Donald Trump won in 2020, is likely to get an infusion of tens of thousands of liberal-leaning voters into his district when new lines are drawn for 2022. In a close race, that could make or break his chances.

Another example is in New York, which is losing a seat in the House of Representatives due to reapportionment. While Democrat-dominated New York City grew by more than 600,000 people, the upstate and western parts of the state lost population. That means it’s far more likely for one of the state’s GOP representatives to find themselves out of the seat than a Democrat.

Redistricting this cycle will favor Republicans, who fully control more states than Democrats do, and will be free to draw district lines in crucial and populous swing states like Georgia and Florida, as well as booming Texas. It’s possible Republicans could eliminate Democrats’ slim majority in the House of Representatives based on redistricting alone. But urban population growth means GOP mapmakers will have a slightly harder job in some cases.

While the Census Bureau had projected the count would show that just shy of 60% of the population would be white, the actual numbers released Thursday show the country is 57.8% white. The white population fell 8.6% over the past decade.

Hispanic people make up about 18.7% of the population, and Black people are about one-eighth of the country. The biggest growth came from people who identify as multiracial. More than 33 million Americans now consider themselves to be members of more than one race.

“Our analysis of the 2020 census results show that the U.S. population is much more multiracial, and more racially and ethnically diverse than what we have measured in the past,” said Nicolas Jones, a Census Bureau director in the population division, during a briefing on Thursday.

These numbers, on a surface level, are good for Democrats, who typically win clear majorities of nonwhite voters. But there are key caveats.

First, Democratic performance with racial minorities in 2020 lagged behind their performance in the past. The Pew Research Center estimates Trump won 38% of Hispanic voters in 2020, up from 28% in 2016. President Joe Biden won just 59%, compared with 66% for Hillary Clinton four years earlier.

And increases in Black voter turnout lagged behind turnout increases for white voters. Ultimately, Biden’s victory in 2020 was the result of a small improvement in his performance among white voters, especially in suburban areas.

Second, racial identity is a social construct, not a fixed mandate for personal behavior. It’s far from clear how members of the growing multiracial population will identify, and whether they will vote the way racial minorities have in the past. Bold predictions of demographic destiny leading to one-party dominance historically have not worked out.

Still, Republicans ― and the broader conservative movement ― have spent the months since Trump’s loss acting like a party without much confidence in their ability to win over a diversifying country. GOP-led state legislatures seem more focused on limiting the ability of Black and brown Americans to cast ballots than on persuading them to cast those ballots for Republicans. And the most popular conservative television host in the country dedicates hours to scaremongering about immigration.

The big exception: The Senate’s rural bias is only getting worse — and that’s good for Republicans

The continued growth in urban areas should benefit Democrats in the House of Representatives and the Electoral College, both of which respond to changes in population. The Senate is a very different matter.

The biggest advantage Republicans have in modern American politics is the structure of the Senate, which guarantees every state two senators regardless of size, and systematically delivers more power to rural white voters who strongly favor the GOP. The country is getting more urban and more diverse, sure ― but not always in the states that matter.

One way to look at this: While Thursday’s data indicated the country as a whole was less than 58% white, the same data shows the average state is 66% white. The nation’s largest states ― California, Texas, New York and Florida ― are also among its most diverse, meaning the Black, Latino and Asian voters who live in those places are underrepresented.

Democrats had hoped to counteract this problem, in part, by adding two new states in plurality-Black Washington, D.C., and majority-Latino Puerto Rico, which would decrease white voters’ power advantage in the Senate. But the thin Democratic Senate majority is unlikely to take either step.

That means the party will need to limit Republican advantages among rural and white voters to have any chance of retaining or expanding its Senate majority. And that likely means continuing to disappoint progressive supporters, especially on social and cultural issues like immigration.

Growing urbanization and diversity is not entirely useless when it comes to the Senate. The dual January victories of Sens. Jon Ossoff and Raphael Warnock in Georgia were a direct result of Democratic advantages in Atlanta’s booming suburbs. And the party’s chances against GOP Wisconsin Sen. Ron Johnson in 2022 are certainly boosted by continuing rapid growth in Dane County, which includes the liberal bastion of Madison. 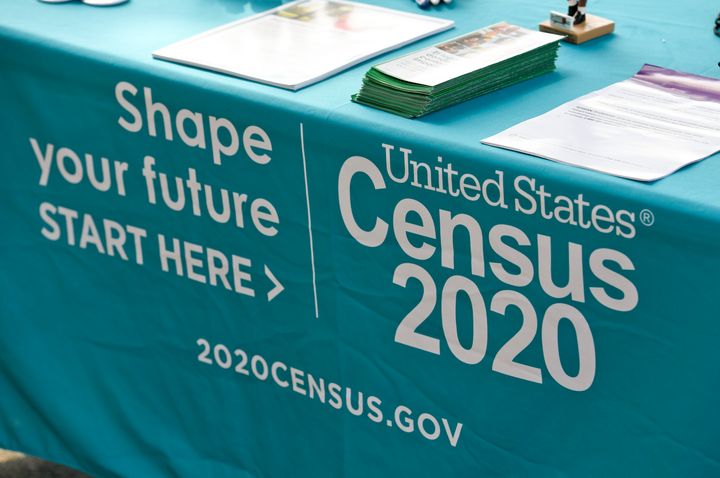