A leading Brexiteer has claimed Rejoiners various gloomy predictions regarding Brexit are incorrect. John Longworth, Chairman of the Foundation for Independence, said on Twitter: “Such a shame for Rejoiners.

“No predictions came out right. Record exports to the EU.

“More and better trade deals. And now a hard line, pro-Brexit PM on the way.”

His comments come after Facts4EU published research into the UK’s trade relations, which showed improving trade since Britain left the bloc. 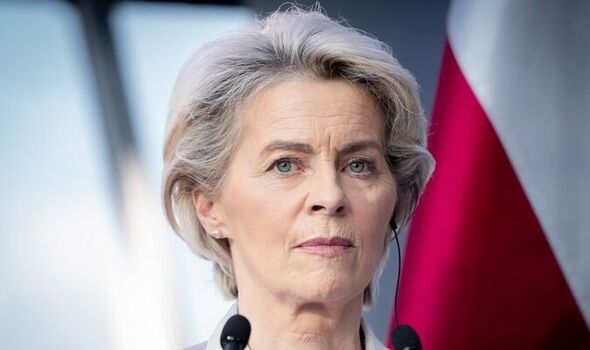 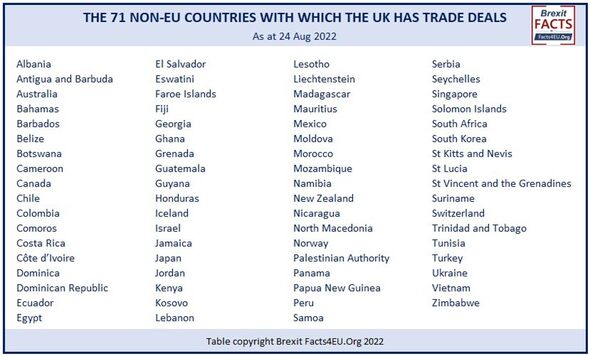 The research, completed with the Department for Trade, found that international imports and exports inside and outside of the EU has flourished since leaving the bloc.

The UK currently has trade deals with 71 non-EU countries, as well as continuing trade with each of the bloc’s 27 members.

According to the research, the 71 non-EU nations make up £240billion of the UK’s trade per year.

This amounts to 63.2 percent of Britain’s total trade.

In 2021, the year the transition period ended, trade with non-EU nations grew by 16.5 percent.

In comparison, trade with the EU still expanded, but only by 4.4 percent in the same period.

Mr Longworth’s statement that unemployment across the bloc is higher than the UK is also true. 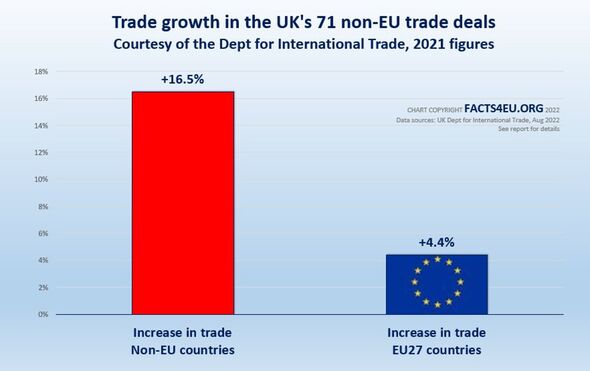 However, the UK’s unemployment rate is considerably lower.

According to the Office for National Statistics, Britain’s unemployment stands at 3.8 percent in July 2022.

Mr Longworth also seemed to offer his support for leadership contest favourite Liz Truss, who is widely tipped to become the next Prime Minister in September.

Ms Truss, a former Remainer, has become a hardline force against the EU in recent years through her role as Trade Secretary and as Foreign Secretary.

Mr Longworth recently wrote for Express.co.uk to give his backing to Ms Truss.

He wrote: “Post Brexit Britain has every opportunity now to fly given the right leadership – Liz Truss springs to mind – and the greatest danger is that people are beaten down by the endless gloom promulgated in the broadcast media and we talk ourselves into a recession.

“Not surprisingly UK unemployment is very low and still we have yet to benefit from the post Brexit opportunities which Ms Truss is promising to deliver: tax cuts for people and business, deregulation, investment in infrastructure.”