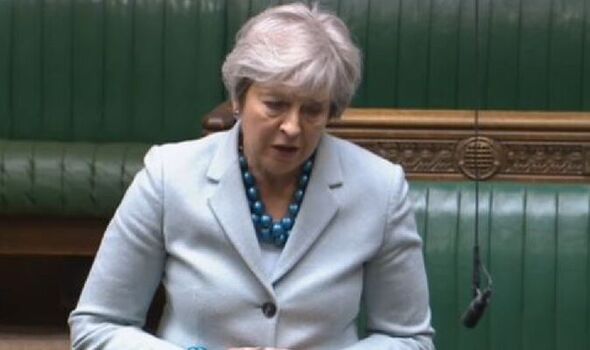 The former Prime Minister questioned Mr Johnson’s patriotism to the country calling it into question over his intended actions.

The Northern Ireland protocol was agreed to by Mr Johnson in 2019, which he agreed with the EU as part of a Brexit trade deal.

Ms May claimed such actions are illegal under international law and said she would not vote on the bill.

Ms May said: “Do I consider it to be illegal under international law, will it achieve its aims and does it at least maintain the standing of UK in the eyes of the world? My answer to all three of those questions is no.”

“I expect they are saying to themselves, why should they negotiate in detail with a Government that shows itself willing to sign an agreement, claim it is a victory, and then try to tear part of it up in less than 3 years’ time.