After a decisive victory over rival Rishi Sunak, she pledged to take the challenges the country is facing head on and kick-start the economy. And she paid a heartfelt tribute to “my friend” Boris Johnson for his service to the nation. 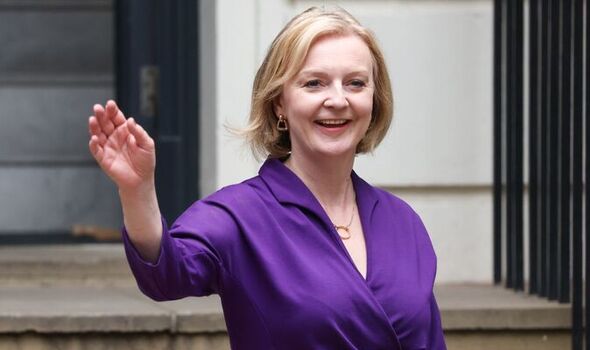 The country’s third Conservative woman to lead the country will get straight to work after an audience with the Queen followed by an address to the nation from Downing Street.

Cabinet ministers are expected to be confirmed tomorrow and will meet for the first time on Wednesday morning.

Ms Truss said she will govern as a Conservative with tax cuts, a belief in personal responsibility and freedom at the heart of her premiership.

But she insisted she is ready to sort out the big structural problems facing the country, with the growing energy crisis and straining National Health Service top of the list.

The new premier made it clear she knows the clock is ticking with just two years in which to call an election and insisted she will relentlessly drive through the reforms the country needs. 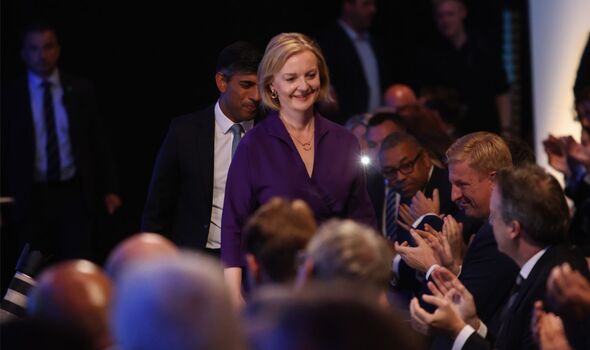 She told Conservative party members: “I know that our beliefs resonate with the British people. Our beliefs in freedom, in the ability to control your own life, in low taxes, in personal responsibility.

“And I know that’s why people voted for us in such numbers in 2019. And as your party leader, I intend to deliver what we promised those voters right across our great country.

“We need to show that we will deliver over the next two years. I will deliver a bold plan to cut taxes and grow our economy.

“I will deliver on the energy crisis dealing with people’s energy bills, but also dealing with the long term issues we have on energy supply.

Ms Truss told the party she expects a “great victory” for the Conservative Party at the next general election. 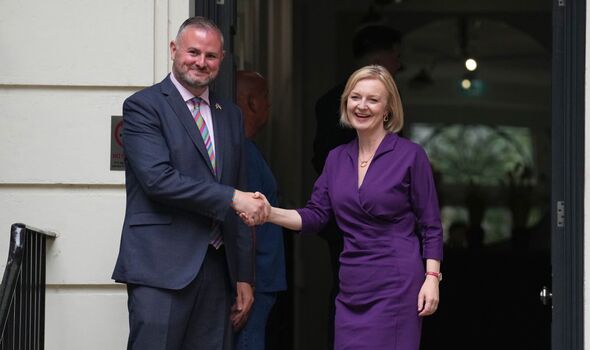 A spokesperson for Ms Truss said: “Liz’s message of tax cuts to grow the economy, tackling the energy crisis through immediate action and supply side reform, and governing in a Conservative way really cut through.

“As PM she’ll deliver for everyone in our United Kingdom and unleash opportunity across the country.”

Mr Johnson his successor has the “right plan” to tackle the cost of living crisis,

He said: “Congratulations to Liz Truss on her decisive win. I know she has the right plan to tackle the cost of living crisis, unite our party and continue the great work of uniting and levelling up our country.

“Now is the time for all Conservatives to get behind her 100 per cent.”

Former prime minister Theresa May congratulated Ms Truss and urged the party to now “work together”.

“We Conservatives must now work together to address the challenges facing our country,” she said.

“Tackling the cost of living, delivering for those in need & managing the public finances responsibly. I look forward to supporting the Government in that task.”

“I never forget the support I had from all former Conservative leaders when I won the ballot in 2005 and I hope all Conservatives will unite behind the new PM.”

Ms Truss last night was speaking to Cabinet ministers who will be leaving their jobs as she brings in a new team.

Priti Patel announced she was quitting as Home Secretary and will return to the backbenches but said she will support the new premier.

Nigel Adams, one of Mr Johnson’s closest allies, also quit the government ahead of today’s shake-up.

After a two-month campaign that tested the stamina of the leadership contenders and the patience of the public, Ms Truss was declared the winner by 81,326 votes to 60,399.

The announcement was made to hundreds of members who gathered in a conference centre close to parliament.

Defeated candidate Mr Sunak said: “Thank you to everyone who voted for me in this campaign.

“I’ve said throughout that the Conservatives are one family.

“It’s right we now unite behind the new PM, Liz Truss, as she steers the country through difficult times.”

“It is a very good, clear majority for Liz Truss I think gives us a very clear message,” he said. “The party now has taken its decision.

“We now come back together, get behind the leader of the party and next prime minister, and get on with delivering for people.”

Mr Johnson will also fly to Aberdeen for the final audience with the Queen of his premiership.

Brexit opportunities minister Jacob Rees-Mogg has said he is “delighted” that Liz Truss has been chosen to become the next prime minister.

“I think she will be an excellent prime minister,” he added.