Gorsuch, Breyer grill US lawyer on whether Guantanamo detainee can testify about 'black site' interrogation

The Supreme Court heard oral arguments Wednesday on whether the U.S. government can be made to disclose information about the alleged torture of a detainee who was suspected of being an al Qaeda operative, or if certain details should remain protected as state secrets.

Zayn al-Abidin Muhammad Husayn, commonly known as Abu Zubaydah, is currently being held at Guantanamo Bay, Cuba, while Polish authorities are investigating the circumstances surrounding his apprehension and detention. His attorneys sought a subpoena for testimony and documents from former CIA contractors who conducted the “enhanced interrogation” at a “black site.” But while the federal government claims that they cannot divulge certain information due to the risk of revealing state secrets, Justice Neil Gorsuch asked why they cannot just ask Abu Zubaydah himself.

“Why not make the witness available?” Gorsuch asked as acting Solicitor General Brian Fletcher was about to begin his rebuttal toward the end of the morning’s arguments. “What is the government’s objection to the witness testifying to his own treatment, and not requiring any admission from the government of any kind?”

Fletcher said that because Abu Zubaydah is being held at Guantanamo, he is subject to the various communication limitations and security screenings as everyone else there.

“That’s not really answering my question, I don’t think,” Gorsuch said. “I’m asking much more directly: Will the government make the petitioner available to testify on this subject?”

Fletcher said they would be open to it, “under the same terms as on anything else.” 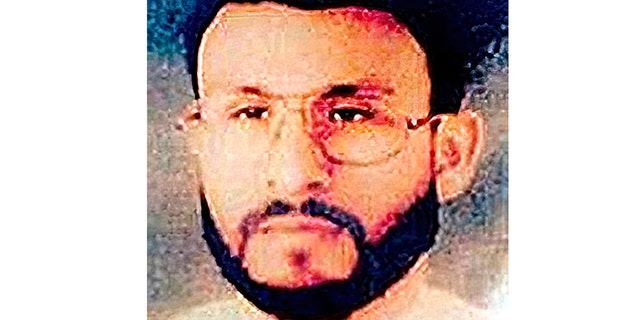 This prompted Justice Stephen Breyer to say he does not understand why Abu Zubaydah is even still being detained after 14 years, but that perhaps a request for an exception could be made in this situation.

Fletcher again said Abu Zubaydah is subject to protective orders as part of his detention. Gorsuch said he is aware of this, but wanted a clear answer to his question.

“Will the government make petitioner available to testify as to his treatment during these dates?”

Fletcher said he could not presently say yes because the request has not been made. Gorsuch incredulously asked how, after years of litigation going up to the Supreme Court, no one considered making a request that could have solved the problem. Fletcher said any testimony from Abu Zubaydah would still be subject to privileges.

The information at issue has to do with the treatment Abu Zubaydah faced at a particular time. The U.S. government has not confirmed certain details, claiming that it would reveal state secrets.  ut the European Court on Human Rights found in 2015 that he was held in Poland at one point, which has also been reported by journalists and Polish officials. According to the Ninth Circuit Court of Appeals’ ruling that allowed certain disclosures, it is “uncontroverted” that Abu Zubaydah was subjected to interrogation techniques, including waterboarding, being placed in a coffin-sized box and sleep deprivation.

Given the amount of information already known about the situation, there were several questions about what exactly Abu Zubaydah’s lawyers wanted from the U.S. They had said they did not need confirmation that the alleged torture took place in Poland, which Fletcher acknowledged “mitigates” some of the government’s concerns but does not solve the problem.

Abu Zubaydah’s attorney David Franklin Klein then said they just needed information about how he was treated, including how he was fed, what condition he was in, and whether or not he was tortured. Klein later added that they needed to place the treatment in a particular time frame.

The arguments took place in person at the Supreme Court building, unlike the previous two terms during which arguments were done via teleconference. Justice Brett Kavanaugh participated over the phone, however, as he is quarantining after testing positive for coronavirus.