The Kremlin dictator indicated there would be further retaliation on Ukraine after the Kerch Bridge – which links the annexed peninsula to Russia and is a key supply route for his troops – was attacked. 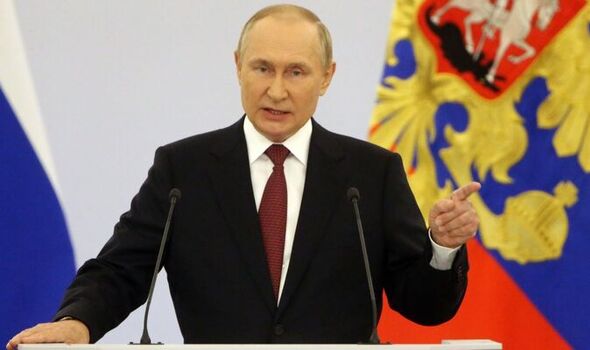 His retribution yesterday saw widespread missile strikes hitting civilian targets in cities ­including the capital Kyiv, Lviv, Dnipro and Kharkiv, killing at least 11 people. The indiscriminate bombing was slammed as a war crime by international critics.

He blamed Ukrainian special forces for the bridge explosion, describing it as an “act of terrorism”. It was the latest in a series of highly embarrassing defeats for the despot – after his forces were routed in the east of the country and retreated in the south.

Hardliners in Moscow called for Putin to escalate the war after the bombing of the Kerch Bridge. It is set to also result in a crackdown in Russia, with a ban on rallies, tightening ­censorship, travel curbs and calling up even more citizens to fight.

Former Russian leader Dmitry Medvedev indicated “there will be other” brutal strikes against Ukraine after warning “the first ­episode has been played”. 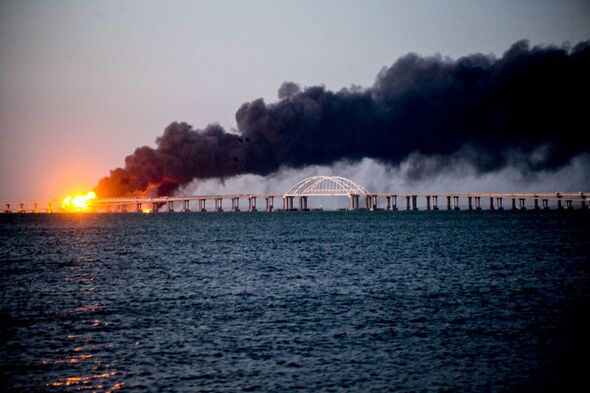 He added: “The goal of our future actions should be the complete dismantling of the political regime of Ukraine.” But Prime Minister Liz Truss told Ukraine President Volodymyr Zelensky the killing of civilians “are a sign of Ukrainian success and increasing desperation by Putin in response”.

“Putin’s destructive rhetoric and behaviour will not diminish our resolve. The leaders welcomed the deliveries of British military aid which continue to arrive in Ukraine.

“The Prime Minister and President Zelensky looked ahead to [the] virtual meeting of G7 leaders, which President Zelensky will join. They agreed it offers an important opportunity to re-emphasise the unity of opposition to Putin’s despicable campaign.”

The death toll from yesterday morning’s onslaught – the heaviest Russian bombardment in months – is set to rise after missiles struck apartment blocks, a children’s play area and a civilian bridge.

BBC journalist Hugo Bachega had to duck for cover during a live TV broadcast as explosions rocked Kyiv. 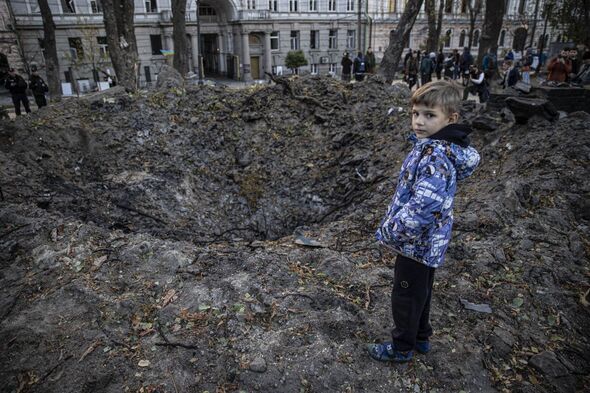 He and his crew headed for shelter in a bunker before reconnecting with UK-based colleagues again. He told BBC Breakfast the attack was “quite shocking” as there was “no expectation” the city centre was going to be targeted. Hugo added the missile hit “very close to our hotel here”.

Sergei Aksyonov, the Russia-installed head of Crimea, warned the bombing campaign was “just the beginning for Ukraine”.

He crowed: “Today is a good sign – Ukrainian TV presenters don’t smile or giggle. And politicians look dull. I remember after the terrorist attack on the Crimean bridge, [Ukrainians] wrote: “What’s next, Russians?” Here is their answer.”

Belarus President Aleksandr Lukashenko claimed Russian troops were returning to his country in large numbers to regroup – prompting fears Moscow could make another assault on Kyiv. The Putin ally said: “This won’t be just a thousand troops.”

The atrocities come after veteran commander General Sergei Surovikin took ­control of the Kremlin’s invasion of Ukraine. He is known for leading Russian troops in Syria in 2017 as the two nations’ military launched air and ground attacks on civilian targets and infrastructure.

Gen Surovikin is also accused of overseeing chemical weapons attacks, thought to have been pivotal in helping Syria’s leaders regain control over most of the country.

Surovikin is also notorious for ordering troops to fire on pro-democracy protesters in Moscow when three people were killed during the Soviet Union’s final days in 1991.

It has prompted fears Putin is willing to launch even more deadly assaults on Ukraine after the Kremlin’s original plans for a lightning assault on Kyiv failed.

Russian forces have lost huge amounts of land in recent weeks, including hundreds of towns, villages and cities within days after months of brutal artillery battles.

But Western allies are standing firm to ­support Ukraine. Estonia Prime Minister Kaja Kallas even appeared to go a step further than Nato allies have before by backing aiding air defences.

She said: “What we have to do is deliver air defence from the allied side, so that the Ukrainians can protect their cities, their civilians. Because Russia is definitely escalating to harm to civilians. We are with the ­victims. We stand by Ukraine.” 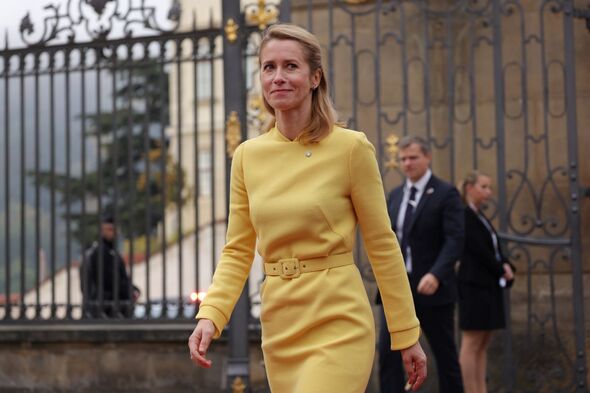