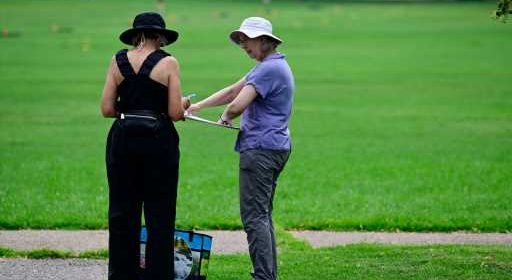 Several measures to change Colorado liquor law may go before voters this fall, as well as a measure to dedicate some income tax to affordable housing — if the signatures they submitted are verified.

Monday was the last day for advocacy groups to turn in petitions aimed at changing state law through the ballot box. The Colorado Secretary of State’s office now has until Sept. 7 to verify if they met the nearly 125,000-signature threshold that will qualify them for the Nov. 8 general election.

The initiatives with submitted petitions are:

If certified, they will join ballot initiative 31 to cut the state income tax from 4.55% to 4.4% and initiative 58 to legalize psilocybin mushrooms and other psychoactive plants and healing centers where they may be administered. Initiative 31’s petition was certified in November and initiative 58 was approved in July.

Voters will also weigh in on several measures referred to the ballot by lawmakers. SB22-222 asks voters to require initiated measures that would change the individual tax rate to include a table comparing additional taxes or savings across income brackets.

Voters will also weigh in on three proposed constitutional amendments that were referred by lawmakers.

HCR22-1003 asks voters to extend the state’s homestead exemption on property taxes for veterans to surviving spouses if the veteran died in the line of duty or due to service-related injury or disease. HCR22-1005 asks voters to allow the governor to appoint judges to the forthcoming 23rd judicial district. The new district will include Douglas, Elbert, and Lincoln counties when it begins in 2025. HCR22-1006 asks voters to lower how long a charitable organization has existed from five years to three years before it can get a charitable gaming license, and allows those managers to get paid.

Changes to state law via ballot box require a simple majority of votes. Changes to the Colorado Constitution require 55% of voters to approve.

Measures to restrict abortion in the state, a measure to decriminalize psychedelics without establishing a regulated market and one to dedicate some state tax to education all failed to collect enough signatures for the ballot.