Ohio Attorney General Dave Yost on Friday accused President Biden of trying to circumvent Congress with his coronavirus vaccine mandate for businesses, according to a report.

Yost is one of 27 Republican attorneys general who are asking for an immediate stay on the mandate, which is set to take effect Monday for businesses with more than 100 workers.

“They’re trying to work around Congress because they don’t have the votes to do what they want to do,” Yost said during a virtual news conference, according to FOX 8 in Cleveland.

The attorney general, a Republican, called the mandate issued by the Occupational Safety and Health Administration (OSHA) “unlawful use of executive power.”

“The federal government shall not act unlawfully even in these extraordinary times, and we believe the Supreme Court will agree,” he said. 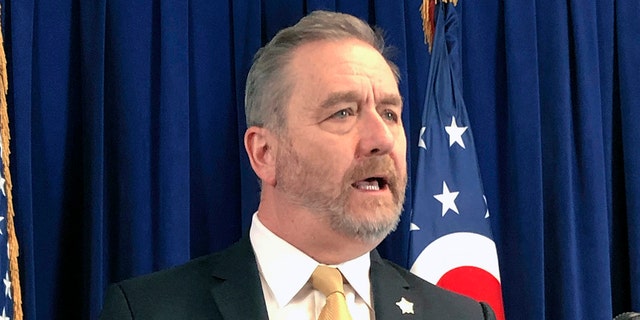 The issue is now in front of the high court and comes as the omicron variant has caused a spike in cases across the country. The court’s conservative majority is likely to decide against the mandate.

In early arguments, Chief Justice John Roberts and Justice Neil Gorsuch suggested that government officials had overstepped, with Roberts declaring that it was “hard to argue” that officials had been given the power to act by Congress. Justice Brett Kavanaugh also noted that Congress had yet to pass any type of vaccine statute.

“This is something the federal government has never done before,” Roberts said.

Yost, who is vaccinated, urged everyone to get the vaccine, “But that doesn’t mean OSHA can mandate them,” he said, according to FOX 8.