FIRST ON FOX: A Republican congressman from Alabama is hammering the Biden administration’s rhetoric on the supply chain crisis, citing the shortage of school lunches in his district.

Rep. Mike Rogers, R-Ala., sent a letter to President Biden and Department of Agriculture (USDA) Secretary Tom Vilsack informing them of the students “going without food during the day” due to the supply chain issues facing the U.S.

Rogers torched the president and his administration in a Tuesday statement to Fox News for having “shamefully tried to spin the supply chain crisis as a ‘high class problem’” as children in his district face going hungry during the school day because of it. 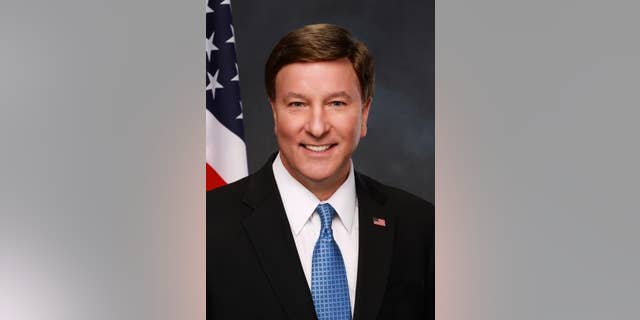 “While President Biden and his administration have shamefully tried to spin the supply chain crisis as a ‘high class problem,’ there are children in my district who now face uncertainty when it comes to the school meals that they rely on because the Biden administration has turned a blind eye to the scale of the supply chain crisis,” Rogers told Fox News. “This is unacceptable.”

“These kids need immediate action from this administration, not bureaucratic hurdles and media spin,” the Alabama Republican added.

Rogers wrote in his letter that he represents a “poor, rural congressional district” and that students in his district often feel like “school is the one place they feel safe and well-fed.”

He noted that one of the schools in his district, Alexander City Schools, “has 65% of students enrolled in free and reduced-price meals,” pointing out that, due to the supply chain issues, the “same school system has had to take to social media and private industry to ask for help” getting their students breakfast after “delayed or missing shipments.”

“The stories echoed in Alabama’s Third District are echoed across the country, and that is unacceptable,” Rogers wrote.

Klain came under fire online after he retweeted a Twitter post from a Harvard scholar calling the country’s inflation issues “high class problems.”

Psaki received backlash for her similar statement, as well, when she cracked a joke about treadmills being delayed when asked about the supply chain crisis.

Neither the White House nor USDA immediately responded to Fox News’ request for comment.