Will the end of ‘the world’s most important number’ be a Y2K moment?

A Y2K moment is imminent for the world’s funding and derivatives markets as the benchmark for global interest rates is effectively and compulsorily retired from use.

The London Interbank Offered Rate – used as the reference rate for short-term unsecured loans, and the pricing of almost all floating rate financial markets from corporate debt to home loans and complex derivatives for half a century – will essentially be regulated out of existence on December 31. 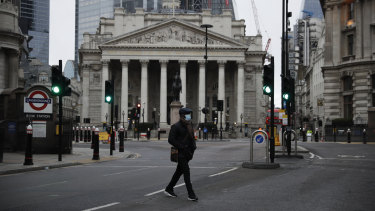 The London Interbank Offered Rate, or LIBOR, is about to disappear.Credit:AP

LIBOR’s withdrawal from service has been flagged and enormous work to prepare for this has been done from the middle of the last decade. But the ubiquity of the rate as the reference rate for loans and derivatives contracts, some of which extend well beyond 2021 and even in perpetuity, means there is potential for unintended and potentially very costly consequences.

Y2K, or the “Millenium Bug”, was feared at the turn of the century amid concerns that the widespread use of only two digits for years in computer programs would create a global IT crash as clocks ticked over at midnight December 31, 1999 to 2000.

Vast sums were spent by companies and governments to avert that outcome. While there were some relatively minor issues reported on January 1, 2000, the moment actually passed without major disruption.

LIBOR is often described as the world’s most important number because it has been the key reference rate for a dozen national funding markets and several currencies.

The withdrawal of LIBOR and the forced migration of many trillions of dollars of contracts (at its peak LIBOR was used in an estimated $US400 trillion of financial transactions) to new benchmarks is an analogous event, although it could take years, if not decades, to understand whether the transition will produce unintended and potentially horrendously costly consequences.

LIBOR is often described as the world’s most important number because it has been the key reference rate for a dozen national funding markets and several currencies (although US dollar-denominated contracts dominate) since the 1970s after it was pioneered by a Greek banker who arranged a $US80 million loan for the Shah of Iran.

It is calculated via a daily survey of a relatively small number of very large banks that asks them for their borrowing costs over various relatively short timeframes of up to 12 months. The highest and lowest bids are dropped and the rest averaged to produce the rate.

The appeal of LIBOR is that it produced a rate that, with a margin added, reflected both a term premium – the perceived risk of the exposure to the loan or derivative over the period of the contract – and pricing for the particular credit risk.

Its downside is that it was open to manipulation because it didn’t reflect actual transactions, but was what the banks said was their cost of funding. In 2012, traders were sent to jail and their banks fined nearly $US10 billion for doing exactly that.

During the financial crisis they had conspired to manipulate the rate down to make their banks appear less risky borrowers, and were found to have rigged the rate to increase their banks’ profits (and their own bonuses) from derivative trades.

That forced regulators to look for a reference rate, or rates, based on actual transactions and to create a framework for migrating existing LIBOR-embedded contracts over to new benchmarks (which involves the parties to the zillions of individual contracts renegotiating their terms) while ensuring the new reference rates were used in all new contracts. The implementation process has been underway since 2017.

While there will be some limited instances where LIBOR will still be used for legacy transactions until mid-2023, from January 1 market participants will have to use the new default rates.

The two key ones are the Secured Overnight Financing Rate (SOFR) in the US and the Sterling Overnight Interbank Average Rate (SONIA) in the UK, although there are similar rates in other key jurisdictions.

The potential problem for debt and derivatives markets is that, unlike LIBOR, the new rates reflect the pricing of secured rather than unsecured debt. They are also overnight rates and therefore don’t reflect the pricing for term and credit risk that LIBOR incorporated.

SOFR, for instance, is based on the overnight pricing of “repo” agreements in the US, a very short-term funding market for companies and institutions in which both parties exchange high-quality collateral, generally US Treasury securities, for cash. The borrower can repurchase the securities at a slightly higher price, which effectively produces an interest rate.

LIBOR (when it wasn’t being manipulated) largely reflected changes in the risk environment. When the pandemic emerged last year, three-month LIBOR spiked sharply to reflect the sudden tightening of lending markets as activity, and therefore liquidity, froze.

In contrast, SOFR rates fell because the US Federal Reserve cut US interest rates to zero and pumped enormous amounts of liquidity into the financial system. Even as credit markets in the US seized up, SOFR was signalling reduced credit risk.

For those trying to hedge against exactly the sort of risks that the pandemic induced, the disparity between the performance of SOFR during a moment of acute market stress and the actual change in the risk environment – using a risk-free rate, secured by risk-free debt, whose pricing is driven by central bank policies rather than actual conditions for borrowers — could be costly.

The vast majority (estimated at more than 80 per cent) of global trade and supply chain finance, for instance, is priced off LIBOR.

There are fears that the complexity of trade finance – multiple parties, multiple jurisdictions and potentially multiple currencies – and the nature of trade finance contracts will find banks and their customers unprepared for the end of LIBOR.

There are also concerns that trade finance could be disrupted by the changeover at a time when global supply chains are already in disarray — an echo of the timing of Y2K, which coincided with the implosion of the dot.com boom.

The end of LIBOR might — indeed almost certainly will — pass quietly, without evident shocks.

But despite the intensity and length of the preparation for the moment, the shift to the new reference rates isn’t without latent risk and the potential for unintended consequences – risks and consequences that might not surface for years, or that might only surface in a world experiencing one of those periodic moments of acute financial stress.