For the IMF to say the worst is yet to come is very sobering for us: Mohamed El-Erian

Former Obama Global Development Council chair Mohamed A El-Erian provides insight on the state of the world economy on ‘The Story with Martha MacCallum.’

Allianz chief economic advisor Mohamed El-Erian sounded the alarm on the state of the global economy, telling "The Story" for the IMF to say the worst of inflation is yet to come "very sobering" and there is now financial stability risk.

MOHAMED EL-ERIAN: For the IMF to say this is a big deal. I worked there for 15 years I can tell you we choose our words very carefully. For them to say the worst is yet to come is very sobering for the rest of us. They’re telling us that growth is slowing down very rapidly. That many countries risk being tipped into recession.

LARRY KUDLOW: THE HIGHEST INFLATION IN 40 YEARS IS DEEPLY EMBEDDED IN THE ECONOMY AND SPREADING

They tell us that inflation is sticky. It’s not coming down as fast as they would like it to be and telling us something else. There’s now financial stability risk – the notion the markets may not function the way we want them to function. That is a perfect storm. If we’re not careful, it could have significant economic damage to livelihoods. 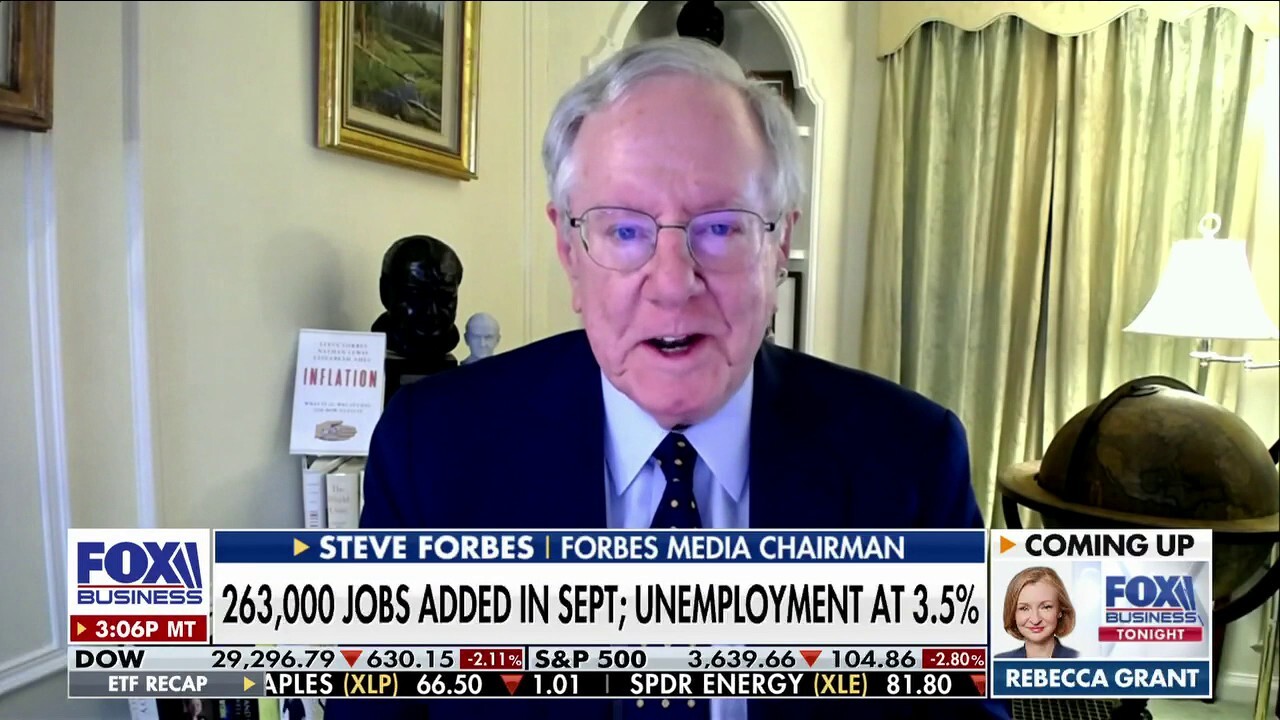 The Fed thinks the only way to fight inflation is by depressing the economy: Steve Forbes