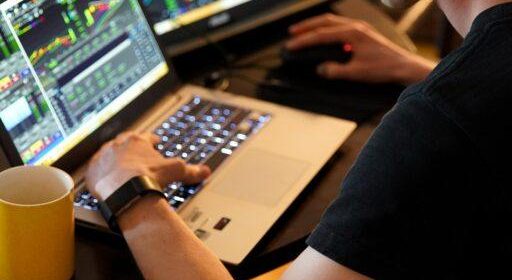 A popular cryptocurrency analyst has recently suggested that based on their charts, both TRON ($TRX) and the $XRP token could soon start outperforming the flagship cryptocurrency Bitcoin ($BTC) ahead of the release of economic data this week.

In a series of tweets shared with their over 500,000 followers on the microblogging platform, pseudonymous analyst Kaleo noted that he believes that “TRX and XRP are two of the best looking charts in crypto,” suggesting both are set to surge in the near future.

In a separate tweet, Kaleo pointed out that the relative strength on the TRX/BTC chart is “insane,” and as such he expects “at least one significant leg higher out of this pennant.”

TRX is, at the time of writing, trading at $0.0615 per token, down around 4% over the last 24-hour period amid a wider cryptocurrency market downturn. The cryptocurrency’s all-time high was $0.30 back in 2018.

XRP, on the other hand, is trading at $0.48 per token, down roughly 6.7% in the last 24-hour period and significantly below its $3.8 all-time high. As CryptoGlobe reported, analysts have been predicting a potential $XRP price explosion after both Ripple and the U.S. Securities and Exchange Commission (SEC) started looking for a ruling in their long-running legal battle through a so-called summary judgment.

The price of XRP surged earlier this month after both Ripple and the SEC requested a summary judgment. The SEC sued Ripple and two of its executives in 2020, alleging they sold unregistered securities when they issued $1.3 billion worth of XRP tokens. Ripple denies XRP is a security.

In other tweets, Kaleo noted that BTC appears set to keep on ranging between the $19,000 and $20,000 marks, although he noted that this week the U.S. Consumer Price Index (CPI) is released, which could lead to significant volatility in the market.

Kaleo pointed out that the CPI hit a 30-year high in November 2021, when the price of Bitcoin surged to a new all-time high near the $69,000 mark. Since then, BTC has been on a significant downtrend.